Chongqing- Yubei District is the ‘North Gate’ to the main city of Chongqing. The whole district covers an area of 1452 square kilometers, and is home to a population is 1.68 million, with an urbanization rate is 82.8. %. The eleven rural towns of Yubei have been transformed from impoverished communities into a prosperous base for agriculture and tourism, where villagers actively participate and hold a stake in their future success. 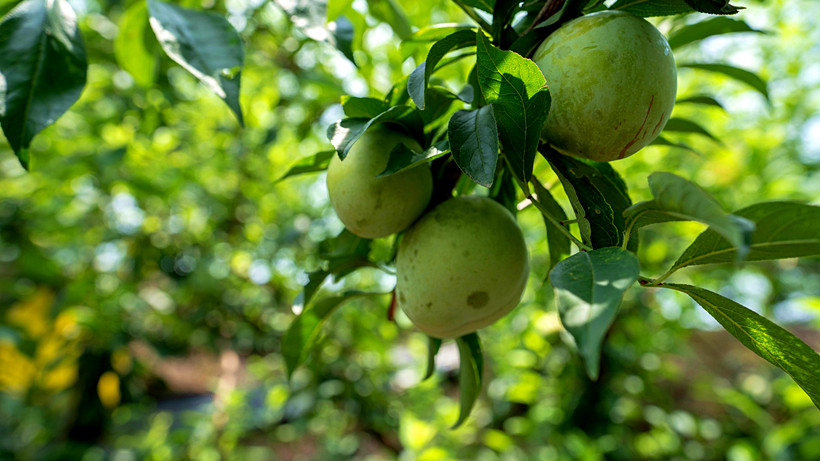 The crisp plumb industry in Wuniu Village has transformed the fortunes of villagers who are now economically active and lead more prosperous lives.

The villages of Wuniu and Qinglong demonstrate how economic revitalisation has been achieved, where villagers and political leaders explained the policies and resulting benefits during a recent day tour for media outlets.

Wuniu Village covers 4.7 square kilometers home to 2,098 people among 780 households. The village has achieved development in the industries of cultivation and rural tourism. Currently, the production base for Xiantao crisp plum is the leading industry.

The Village has adopted the cooperative + farmer + enterprise joint-stock business model as the framework for economic reform, and the Wuniu Village Economic Cooperative Association serves as the platform to create a modern urban agricultural park for year round plum cultivation. 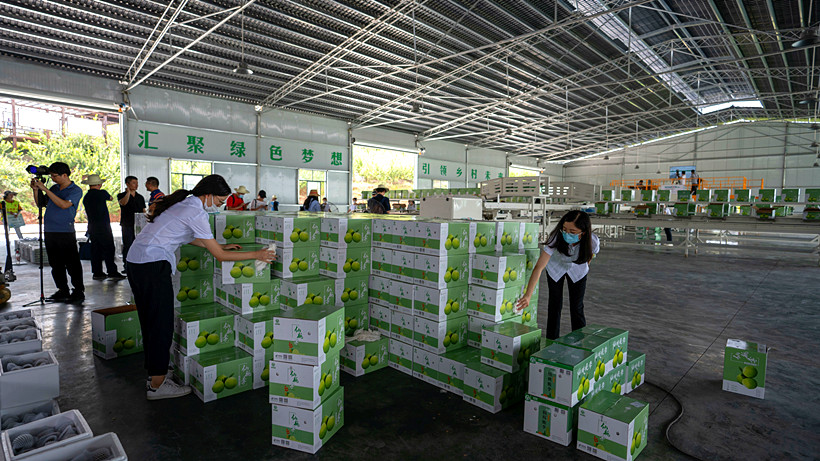 Local workers busily package fruit from the orchard for delivery around the country as sales are expected to hit 3 million Yuan this year.

Since the introduction of the ‘Three changes’ reforms in Wuniu, 3000 acres of land have been transformed into assets, 3 million Yuan of capital has been transformed into equity, and participating farmers have become shareholders, giving Wuniu Village a whole new look. Today, every family is productive and financially better off. 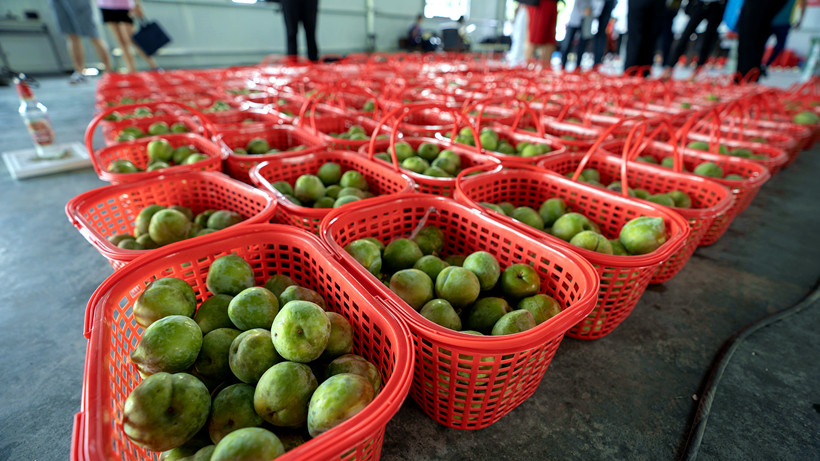 The juicy and delicious plumbs of Wuniu Village are also popular with tourists who visit in large numbers to pick fruit for themselves.

After joint efforts and research, the local authorities settled on the crips plum as the pillar industry for poverty alleviation in the whole village.

This variety of plum was made by grafting the American brown plum with native peaches for a larger fruit than ordinary plums. The average weight is 120 grams, and take a month longer to ripen compared to ordinary plums.

In 2017, the 1-4-5 stake equity model was explored, where 10% is held by village collectives, 40% by cooperatives, and 50% by farmers. Under a transparent shareholder policy, villagers no longer worry about the future, and actively support development in the local plum industry. 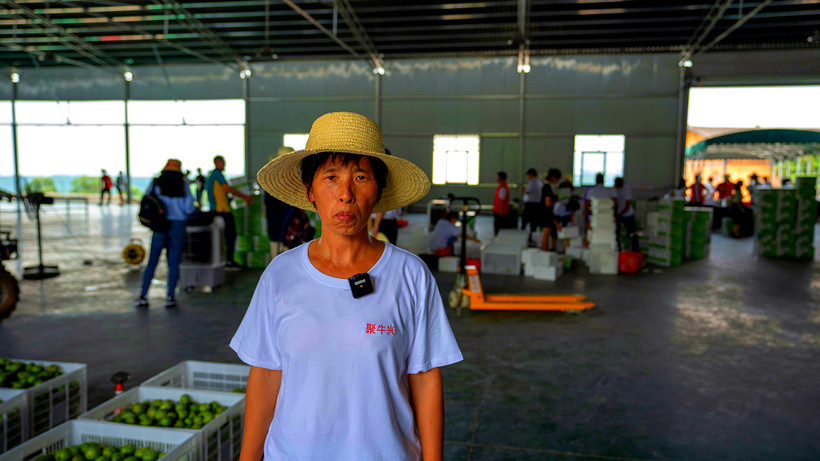 Mr. Duan Chengfang once lived in poverty and relied on her daughter living in the big city. Now, she works on the Wuniu crisp plumb orchard, and lives a happy, more prosperous life.

Mrs. Duan Chengfang is a local villager in Wuniu. Before the reforms, she and her husband suffered from poor health, and mainly depended on their daughter who works in the city.

In the initial stages of reform, the couple were willingly participated in the initiative and contracted three acres of land as shareholders, from which they not only receive a dividend of roughly 2500 Yuan per year, but also work together in the daily operations.

Together with her husband, they can earn an income of between 70 to 80 thousand Yuan each year. As a direct witness and beneficiary of the ‘Three Changes’ reform, she commented sincerely that government policy has led the village towards a more prosperous life, and people now feel hope when they look to the future. 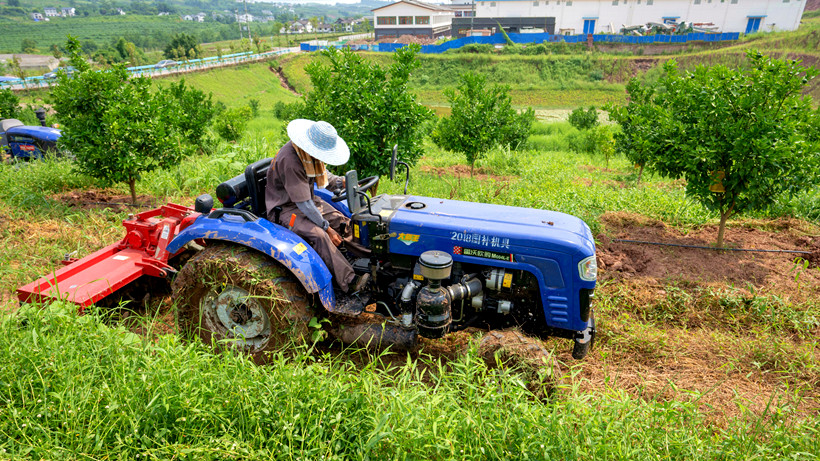 The level of mechanisation in the village of Qinglong has reached over 50 percent, which has not only increased productivity, but solved the issue of labor shortage due to the outflux of young people.

The innovative structure of this cooperative has set up three departments to manage production, information services for supplies and marketing, and a mutual aid mechanism designed to solve the issue of funding.

On this basis, Qinglong Village has achieved the main economic goal of developing scale fruit orchards, and equipped with the modern tools of mechanization, intelligence, organization, information, landscaping, and brand management. The village now has a service team for industrial standard agricultural machinery, and has built the city’s first modern fruit industry base in this mountainous area. 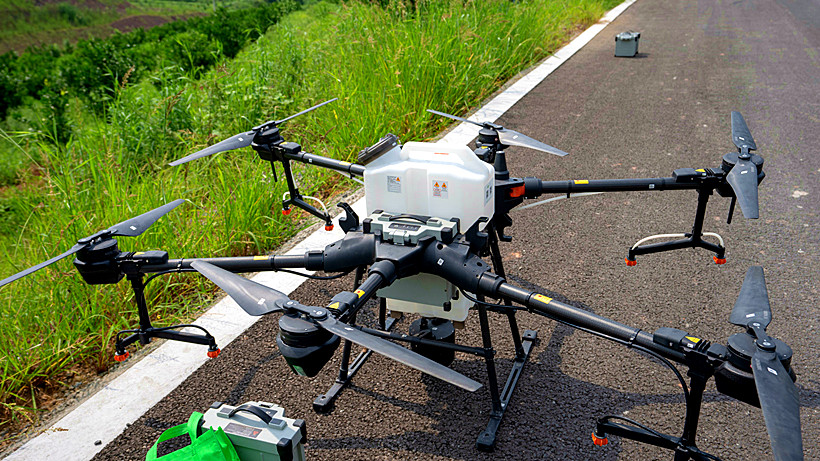 Visitors to Qinglong village are impressed with the large drones that spray the local citrus fruit orchards.

Arable land has increased from 1,400 mu to 2,350, and the cost of agricultural production has fallen to under 2,000 Yuan/mu. In Qinglong Village, there are also plantations of lemons, blood oranges, soybeans, buckwheat, and potatoes.

It is estimated that agricultural output will reach 6,600 tons in 2021, which will produce a revenue of 40 million Yuan, and increase the average annual income of farmers by more than 10,000 Yuan.

Since the 558 villagers of Qinglong invested 2,350 mu of land, 90% of income is shared directly as dividends according to the land owned by share-holding farmers. The remaining 10% is received by the village collective economy, which mainly puts the money towards village development public welfare undertakings. 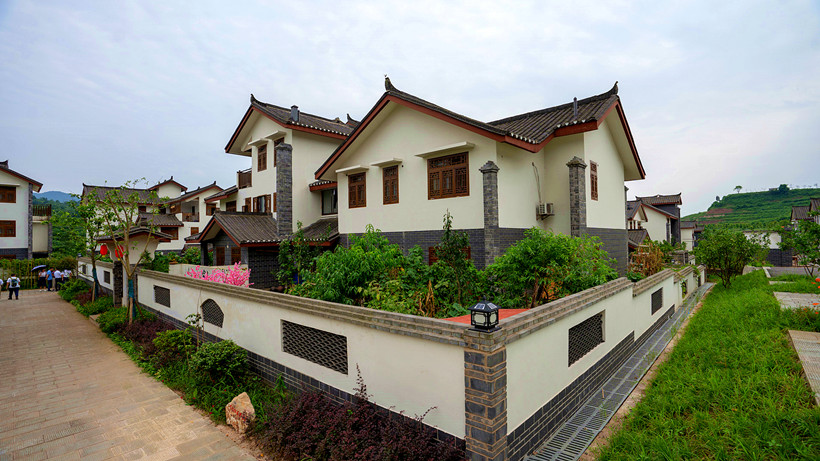 Proceeds from the economic revitalization of Qinglong have been invested in improving living conditions for the local community, such as this attractive residential area in the village.

Since the fruit production base went into full operation, annual output value is expected to reach 36 million Yuan, while the average annual income of the collective economy will attain 3.5 million.

Elderly villager Luo Guangquan retired from the army in 1980, and has farmed the land in his hometown every since, growing rice, corn, and learning to grow citrus fruit. His annual income was previously over 20,000 Yuan, and led a relatively good life in the countryside.

However, he was diagnosed with lung cancer in 2013 and underwent an operation and chemotherapy that depleted most of his savings. 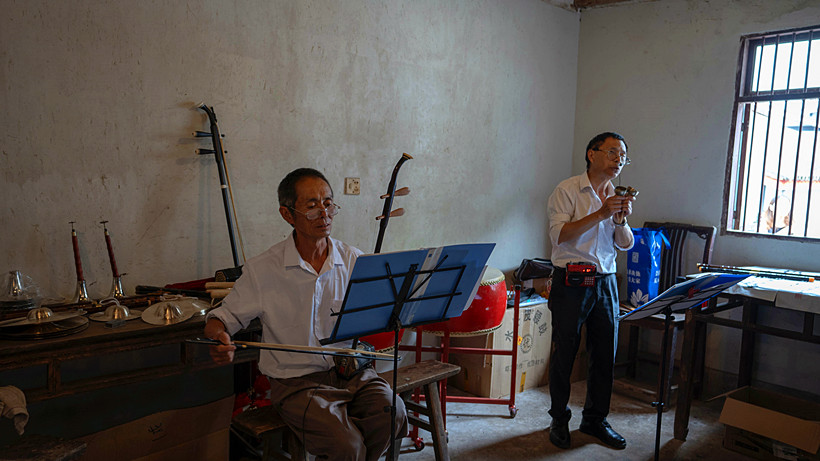 Mr. Luo Guangquan has learnt many additional cultivation techniques such as bee-keeping since his recovery from illness in 2013. At his home in Chongqing Village, he happily performs traditional music for the entertainment of visitors to his renovated home.

In 2018, Qinglong Village established a Production Mutual Aid Share Cooperative, and built a modern citrus fruit base. Luo Luo’s life once again underwent tremendous changes, this time for the better.

After a second round of training held by experts in agricultural technology, Lao Luo was selected by the village’s agricultural machinery service team to be responsible for daily management in the orchard, with a fixed salary of more than 3,000 Yuan a month. In his free time, he also learnt beekeeping skills by himself, which can bring an additional income of between 20,000 to 30,000 Yuan. His family members sometimes work in the fruit base, and following a bumper harvest, each household can receive dividends.

At the same time, the village has also strived to improve the living environment in the past few years. As a result, the home of Luo Guangquan has been completely renovated. ‘The white walls, blue bricks, sloping roofs, and small blue tiles are very pleasing to the eye. The 130,000 Yuan cost of renovation came thanks to proceeds from local agriculture, so I didn’t need to pay for it myself.’