Chongqing– The fiscal revenue of Chongqing Municipality in southwestern China went down 11.2 percent year on year to 105.35 billion yuan (about $ 15.01 billion) in the six months this year, with a sharp decline in the first quarter and a gradual recovery in the second, according to the Chongqing Finance Bureau Friday. Tax revenue totaled 71.05 billion yuan, down 16.6 percent year on year. 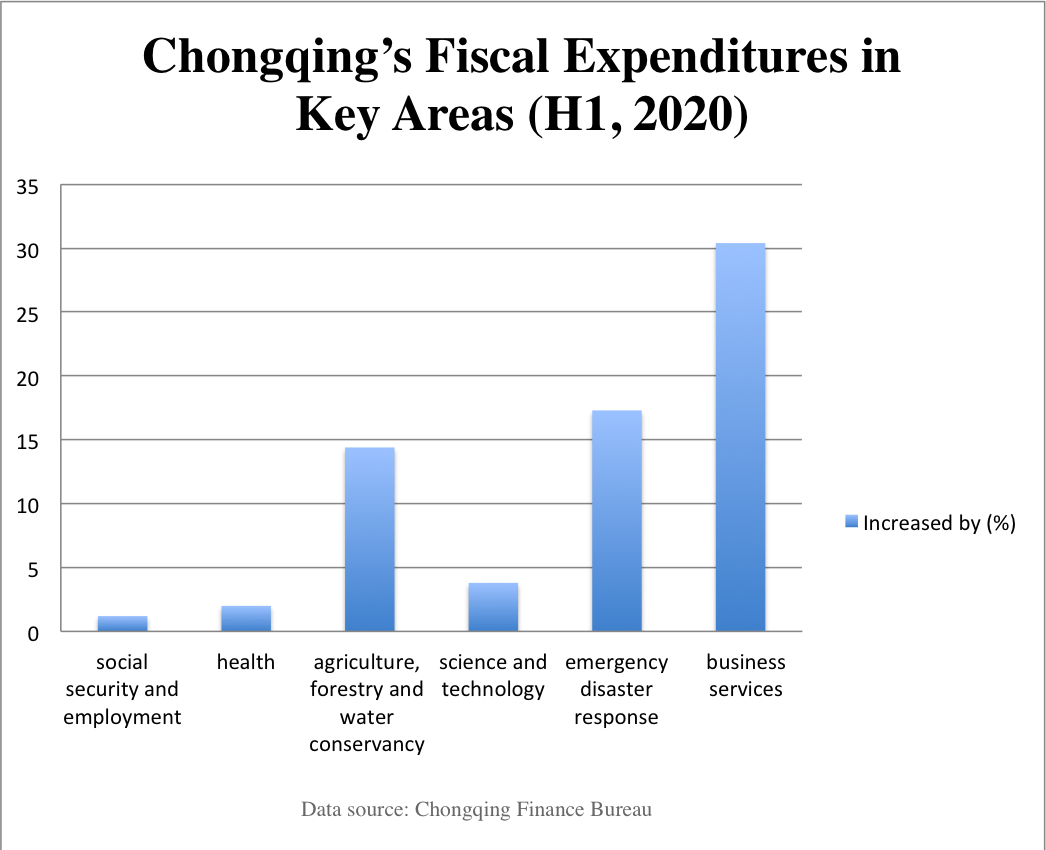 “Whether people’s daily lives or community operation, whether epidemic prevention and control or assistance to enterprises, they are guaranteed not to be affected by the reduction in fiscal revenue,” said Li Qing, deputy director of Chongqing Finance Bureau. To be specific, the required funds for epidemic control and prevention were insured. No medical expenses have affected patients’ visits, and no financial issues have affected epidemic prevention and control. As for poverty alleviation, the fiscal special poverty alleviation funds arranged at the municipal level increased by 20 percent over last year. As of the end of June, 95 percent of the funds had been allocated. Moreover, the municipality’s ecological, environmental protection expenditure was 7.2 billion yuan from January to June, with an emphasis on pollution prevention and environmental restoration, and ecological construction in the Three Gorges reservoir area.