Chongqing- On the afternoon of July 26th 2020, Prof. Ren Lizhi, chief architect of SUNAC A-ONE met with journalists to offer his unique perspective on the innovative design and concepts behind the tallest structure to be in Chongqing.

A-ONE will rise to a height of 470 meters in the Jiangbei CBD close to where the Yangtze and Jialing Rivers converge. The eye-catching design has taken full advantage of geographical location, topography, and features of traditional architecture to produce an iconic landmark befitting of an international metropolis, whilst also providing high aesthetic appeal and functionality.

Invited to speak about his early life, Prof. Ren Lizhi said, “I was born in the 1960s, that makes me quite old now. I remember my home in Jiulongpo District. Zhongliang Mountain was on one side, and the river by Dadukou was on the other. It was a location where the mountains and rivers converged.”

His artistic talents included a good hand for calligraphy, as evidenced by the fact he was asked to paint the majority of banners during his years as a middle and high school student. Later, he studied architecture at Tongji University in Shanghai on the recommendation of his father, and after his graduation, was an overseas student of Ecole d’Architecture Paris Villemin.

Following his return to mainland China, he continued his association with Tongji University and is now vice CEO of Tongji Architectural Design Group. Interestingly, in a career that has spanned over three decades, SUNAC A-ONE is the first major building project he has designed for his hometown. 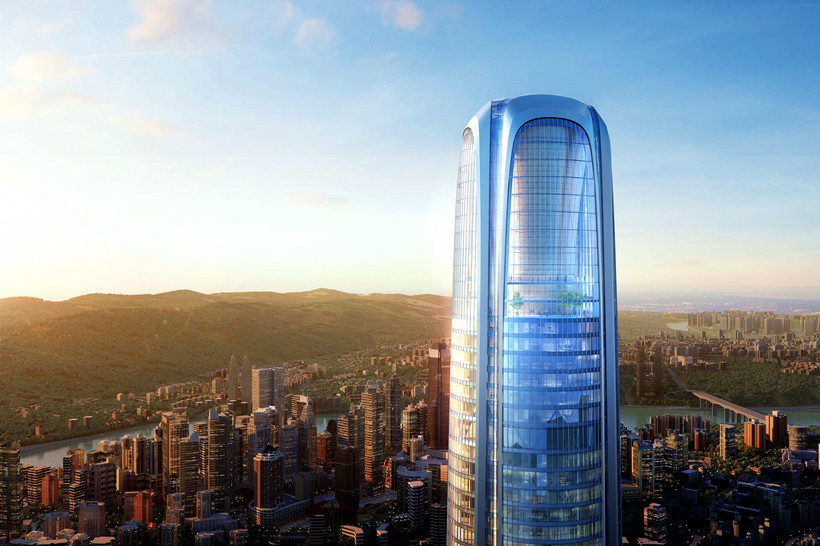 SUNAC will reach a height of 470 meters, making it the tallest building in Chongqing, and twelfth highest in the world.

When his team of architects was deciding on a project name, letter A came to the forefront, “The choice of A-ONE is very fitting. A is the first letter denoting number one, but it also resembles the shape of a mountain and converging rivers, just like how these symbolize Chongqing. That was the source of inspiration behind this name.”

Throughout the design process, the great challenge was to create a building that satisfies the needs for aesthetic appeal, functionality, and longevity, whilst also embodying the unique character of the city.

Prof. Ren Lizhi described the importance of aesthetics in more detail, “Architecture is not simply an art form, it’s engineering, something that cannot be readily compared. With a piece of art, I can choose not to look at it, but a building is in your sight whether you like it or not, so it’s quite disastrous when a building is not attractively designed. That’s why buildings are generally difficult to make well.”

A feature of traditional Chongqing architecture in the design of A-ONE is the stilted inner structure. In times of old, the living spaces of stilted houses were raised above the ground on pillars, a design which allowed buildings to hug the steep riverbank terrain, whilst also taking into account the higher water levels during the rainy season. 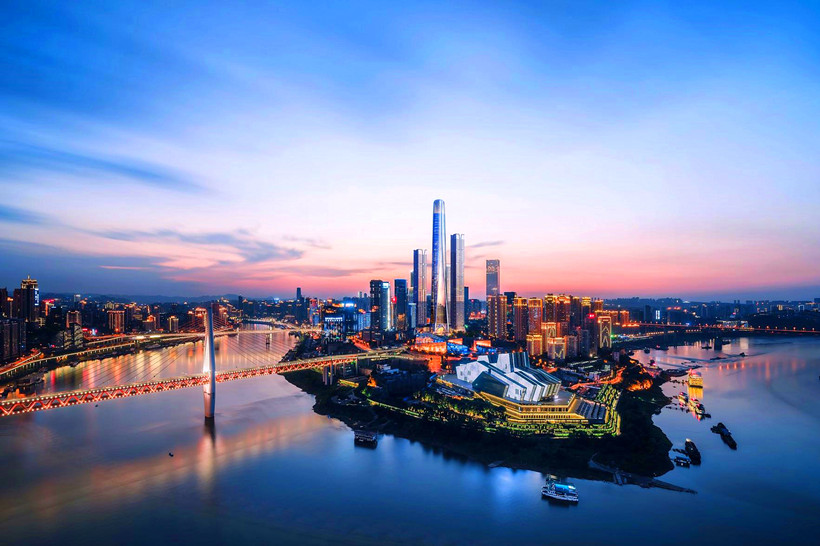 A computer-enhanced impression of the Jiangbei skyline once the SUNAC A-ONE complex is built.

Prof. Ren Lizhi incorporated this architectural feature by raising the whole body of upper floors within the structure above ground level, so that citizens can enjoy a large open floor space on entering the building, and which they can use for relaxation and socializing with others.

This unique design is made possible in Chongqing due to the local topography. Unlike many parts of the country such as Shanghai, where the landscape is marshland with large quantities of underground water, the land beneath Jiangbei is mostly solid bedrock, which makes it easy to build stable foundations.

Additionally, the geological location of Chongqing is less vulnerable to natural disasters such as earthquakes, and the low average wind speeds at high elevation mean that a stilted structure with fewer supporting columns is a more feasible option in comparison with elsewhere. 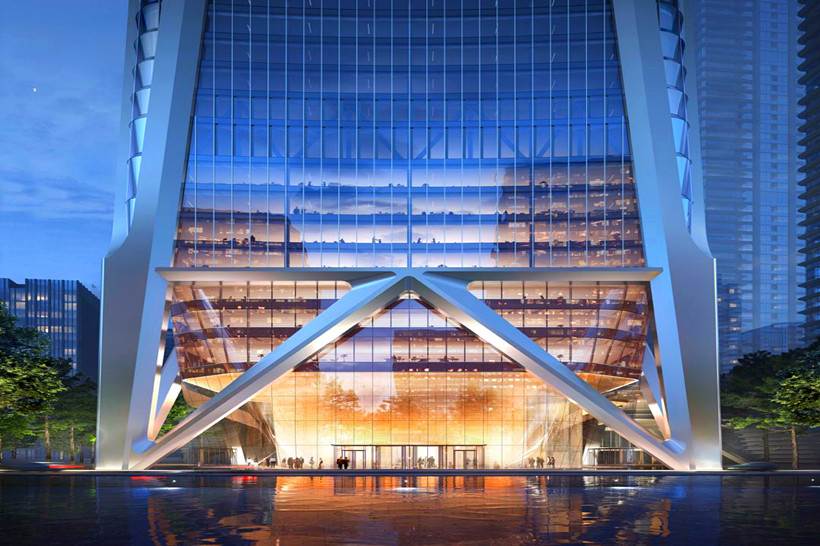 While the most recognizable landmark of Chongqing is perhaps the Liberation Monument in downtown Jiefangbei, Prof. Ren Lizhi emphasized the need to look ahead rather than to the past, “I’m a Chongqing local born and bred, so the Liberation Monument is the symbol of Chongqing in my heart and an important spiritual landmark. Now, it’s the smallest structure in Jiefangbei, and since Chongqing has become a major center in finance, we need to consider more broadly how we should raise the future status of Chongqing through a spiritual landmark.”

A challenge Prof. Ren Lizhi has always held close to heart is the aim of constructing a building that fulfills the aesthetic promise shown in the original graphic design, even going beyond. When the African Union Conference Centre in Addis Ababa was in the design stage, the Chinese ambassador to Ethiopia once asked him whether the building would match the graphic design in architectural beauty. When the conference center was finally unveiled, it received lavish praise for exceeding the architectural beauty promised in the design phase.

Looking to the future, Prof. Ren Lizhi concluded by expressing hope that A-ONE will fully combine the advantages of functionality, aesthetic appeal, viability, and green characteristics throughout the skyscraper’s lifetime. At the same time, A-ONE is expected to spur the continued development of Chongqing, propelling the city’s status into a renowned international metropolis, and maintaining its reputation as a modern building long into the future. 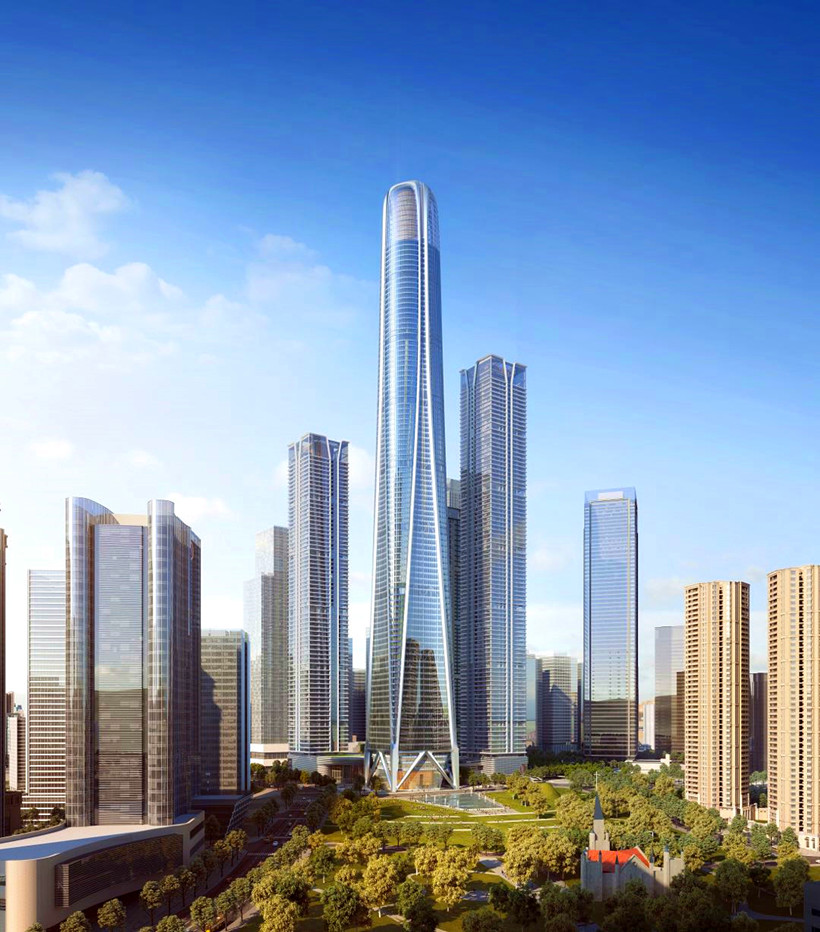 “You ask how A-ONE will perform twenty or more years down the line. I believe it will maintain its advanced status. There is an American architecture prize for buildings over twenty years old, as some become irrelevant after three to five years. It’s my hope that our building can stay dynamic and enjoy great longevity.”