ILSTC Increases its Coverage to 92 Countries and Regions

A rail-sea intermodal train under the International Land-Sea Trade Corridor (ILSTC) from Qinzhou, Guangxi, to Chongqing departed on the morning of July 28. It arrived in Rongchang District on July 31. 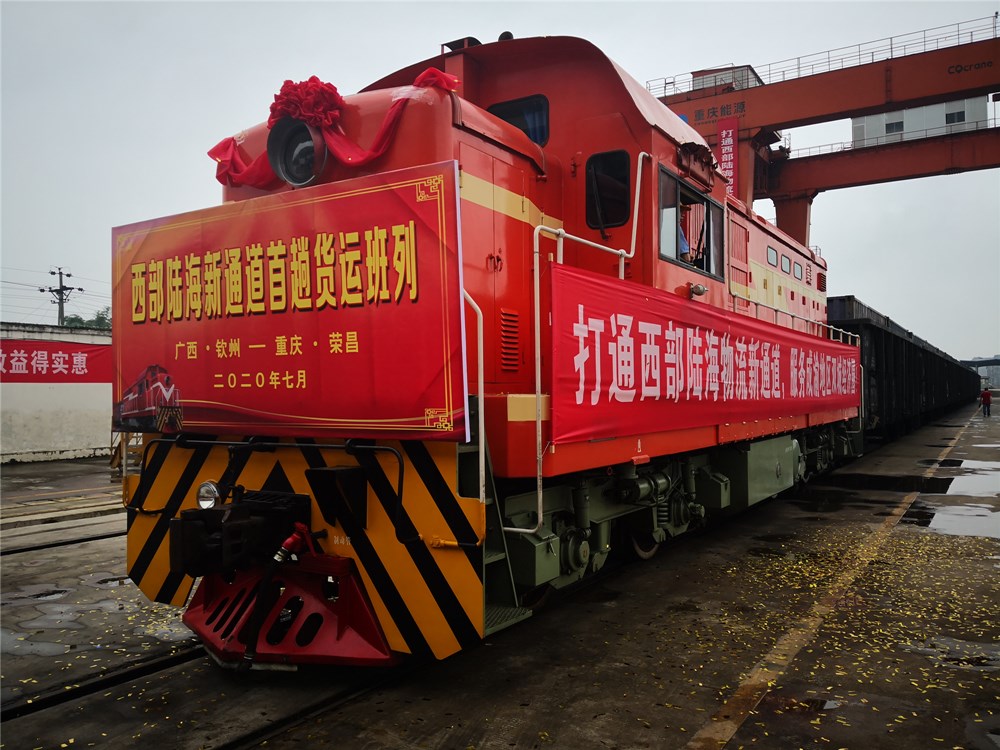 A rail-sea intermodal train under the International Land-Sea Trade Corridor from Qinzhou, Guangxi, to Chongqing departed on the morning of July 28 and arrived in Rongchang District on July 31.

“This is the first time for Rongchang District to open the ILSTC rail-sea intermodal train,” said Liu Zuquan, Deputy Director of the Commerce Committee of Rongchang District. This marks the district’s official participation in the construction of ILSTC.

Before Rongchang, there have been two districts–Fuling District and Changshou District, which have launched the ILSTC rail-sea intermodal train this year.

This system expands the coverage of ILSTC and the types of sources of goods. So far, more than 300 categories of goods have been distributed through ILSTC, covering 229 ports in 92 countries and regions. Notably, the customized ILSTC trains to India, Indonesia, and the Philippines were also opened.

Despite the disruption of the epidemic in the first half of this year, ILSTC remains stable operation. Three hundred eighty-six rail-sea intermodal trains with a value of 2.63 billion yuan were operated. Seventy-eight international rail intermodal trains and 979 cross-border road regular buses were operated, representing a year-on-year increase of 239% and 135%, respectively.