I Love Your Smile! Brine Egg Beauty Runs Service Station on the Road to Prosperity

Chongqing- On August 4th, Mrs. Gong Keyan laughed nervously as the online themed event ‘I love your smile’ moved into Wushan County to witness the achievements in poverty alleviation. Mrs. Gong has become a representative of the cause since she changed life for the better thanks to her own initiative. 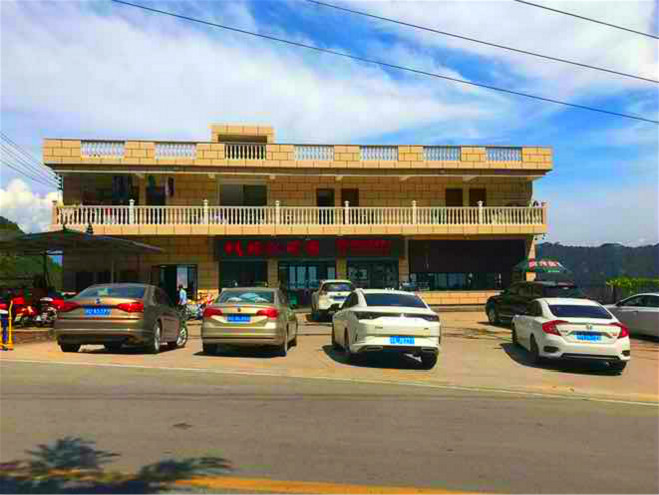 The former snack shop of Mrs. Gong Keyan has expanded into a 200 square meter service station and country house.

‘Thousands of people come to our service station every day, sometimes more. But I’ve never been in such a formal situation with all these reporters, so I’m feeling a bit nervous.’ Mrs. Gong commented as she took questions from the media.

Locally, she is known as the Brine Egg Beauty, named affectionally after the ancient Chinese beauty Xishi, and the ubiquitous service station snack. Since these humble beginnings, she has expanded into the tourist industry and made her own road to prosperity.

She is a typical lady from the village of Jianping in Wushan County, who can handle the realities of everyday life. After she returned home from a job in Shenzhen, she married and started a water station for traffic by her own home. This way, they earn about 10,000 yuan per year.

“When it all started, I was just following the lead of my parents-in-law. There’s plenty of traffic on the road outside, so it’s a good basis for earning money.”

Gradually, they opened a snack shop beside the water station, where they sold brine cooked eggs to drivers and did brisk business. Later, a passer-by told her she was attractive, and so gave her the nickname of Brine Egg Beauty (Ludan Xishi).

They soon began offering brine cooked pig trotters, tofu, beef, konjak, and duck’s neck as they expanded their business further. ‘It’s vital you choose the right trade and business location, then work your hardest at it.’ Mrs. Gong explained. 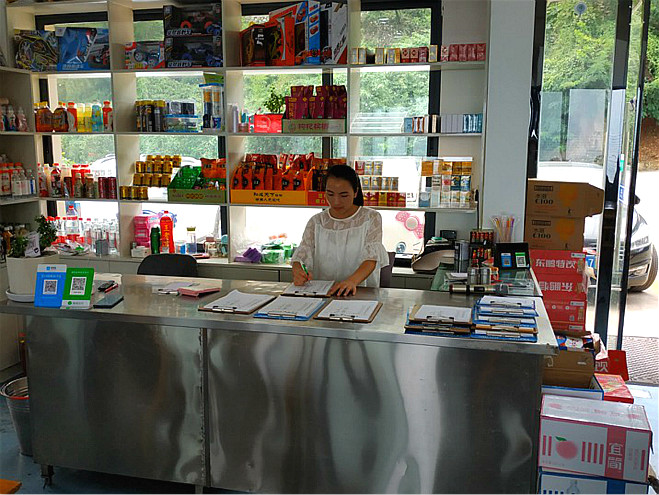 When she returned from a job in Shenzhen, she learned that passing traffic was a stable source of income from her parents in law.

Since the tourist economy in Wushan has developed well over the past few years, visitors from outside Wushan have also been coming to the service station of Mrs. Gong Keyan as new customers.

The Brine Egg Beauty was doing well thanks to her diligence and use of quality ingredients. However, she later had a good idea of how to attract more customers. Instead of charging for the water station, she could attract more customers inside by offering the service free of charge and have them spend money indoors.

In little time, the small outlet expanded into a property more like a motorway service station. Now, daily visitors are in the thousands, and sometimes in the tens of thousands at busy times of the year. As a result, Mrs. Gong has become a name card for self-driven poverty alleviation in Wushan, thanks to her success. 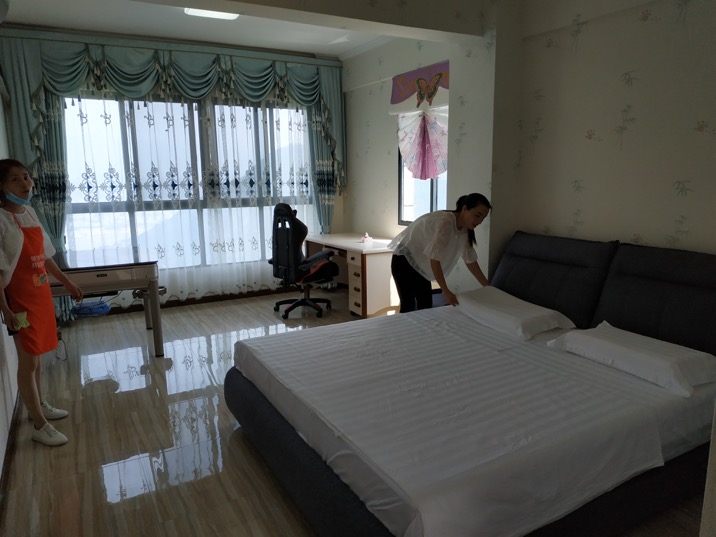 Since more visitors arrive from outside Wushan County, she has recently expanded in accommodation services, and now employs local villagers.

Last year, the couple had a building put up one block away, and the snack shop they ran for 11 years has transformed into the Sister Yan Country House, with a floor space of 200 square meters and 12 dining tables.

Customers can now feast their eyes on the cloud enveloped peaks through the glistening windows, as well as satisfying their appetites.

As their premises have expanded, the couple has added accommodation services to their business license, and have become an employer of left-behind women whose husbands work in other provinces. This development has also helped the cause of poverty alleviation through employment.

Currently, all eight staff members are local villagers. They earn 2500 yuan per month and have their meals provided, a situation that has changed their lives for the better.