Chongqing – Alexander James, born in Leicestershire in England, is now working in iChongqing in Chongqing International Communication Center. He has broad interests, including reading, playing piano, playing squash, etc. Among all the hobbies, his favorite is playing squash. He will seize every chance to play squash with friends at Chongqing Olympic Sports Center when he is free. 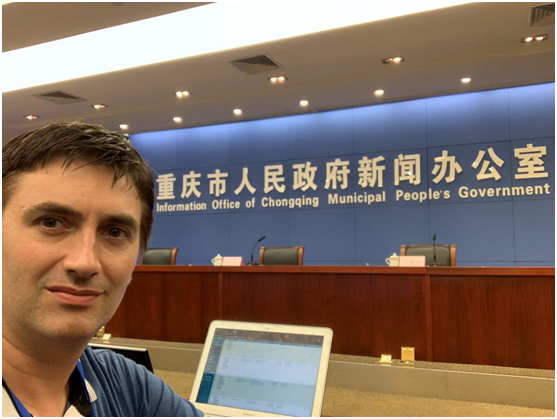 Though “dominant” at squash courts, an upcoming competition makes this confident man nervous and acknowledges that “all the participants are so competitive! It is hard to be sure of winning without an extraordinary performance.” What competition can force this capable man to fight with all his strength? It’s the global host audition of the 2020 i-VISTA Autonomous Vehicle Grand Challenge.

As one of the highlights of the Smart China Expo, i-VISTA Autonomous Vehicle Grand Challenge has been held for two sessions, attracting dozens of car companies, universities, and technology teams, including multiple international car teams, to participate each year. The industry recognizes its professionalism, authority, and the value of leading the industry’s development, and it has become the most influential brand event in the global smart vehicle field.

The new season of the event will be put on the stage on Sept 12-15 in Chongqing. The organizing committee specially planned global host audition for this event to encourage more participation. 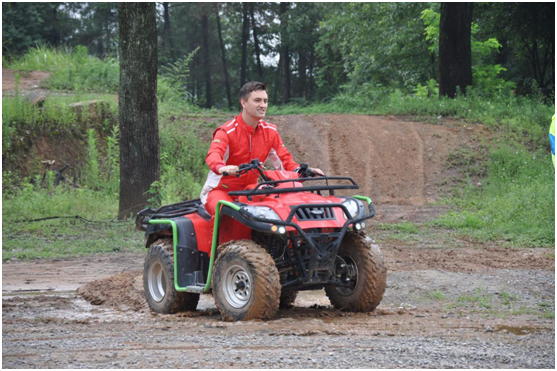 Hearing the news, James signed up immediately and was shortlisted for the top 15 with his own strength and efforts. Talking about the original intention of participating in the competition, he said that he didn’t decide on a whim, and it was also not just for fun. As a “half Chongqing local,” he has lived in Chongqing for 17 years and married a girl from Hechuan, Chongqing. He loves this city so deeply and wants to introduce this city to the world.

After browsing the global host audition pages on local News APP, James said frankly: “Although other competitors are excellent, my advantages are also very obvious.” In his view, fluency in Chinese can only be regarded as a bonus point. His true core-competitiveness is his in-depth understanding and extensive exposure to intelligent car technology. 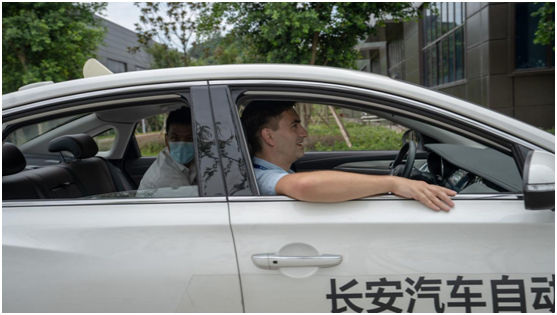 As a reporter of iChongqing, Chongqing’s official overseas communication platform, James has visited the “Western Autonomous Driving Open Testing Base” in Yongchuan, Chongqing many times. He has also conducted an in-depth interview on the cutting-edge technologies and developing trends of intellectualization of automobile at Chang’an Automobile Global R&D Center. Feeling excited about talking about these topics, James showed us his work photos of experiencing Chang’an self-driving cars.

In addition to James, this smart car global host audition also attracted two foreign participants from Ukraine, demonstrating the international level of this event. Moreover, it brought together many capable and famous local competitors, from Miss Chongqing, super scholars, to influencers and celebrities. 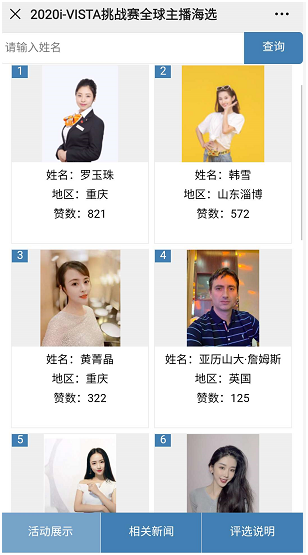 Screenshot of participants of the anchor competition.

Starting on Aug 26, the top 15 contestants entered the online voting stage. Who will finally get the chance to be the anchor and appear on the scene? Download and log in to the Shangyou News APP, click on “Activity” in the upper right corner to enter the “2020 i-VISTA Challenge Anchor Audition” page, and vote for the candidate you like!

To allow more people to vote, the organizing committee opened another voting channel via WeChat today. Scan the QR code below to enter the event page and get ten votes per day. Come and vote for your favorite anchor! 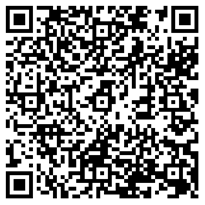 Scan the QR code to vote.