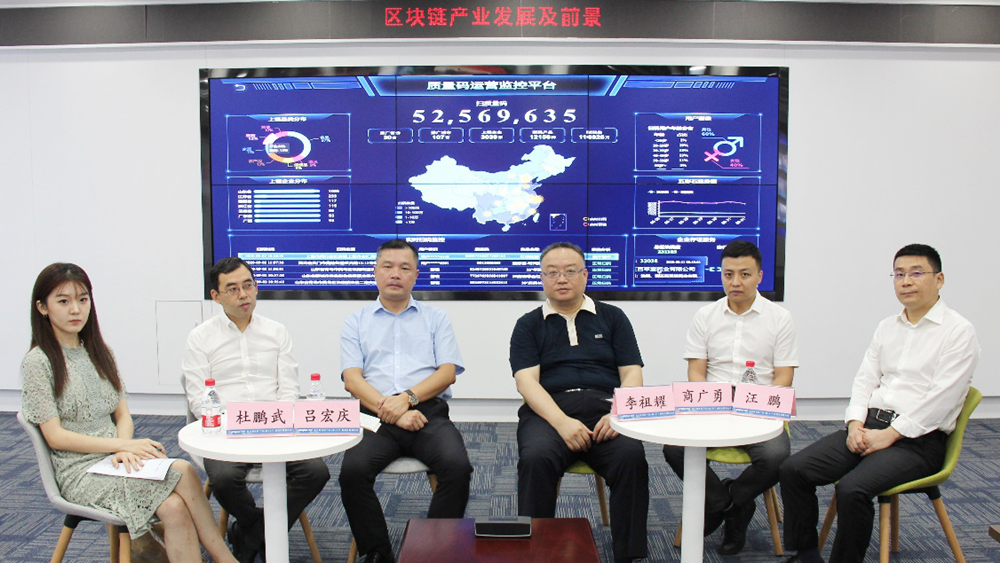 The first online group interview of the Smart Roadshow News Center of the 2020 Smart China Expo Online is held in the Chongqing Blockchain Digital Economy Industrial Park on September 2, 2020.

Chongqing values the development of blockchain. In 2017, it took the lead in issuing the Opinions on Accelerating the Cultivation and Innovative Application of the Blockchain Industry in the country. It established the country’s first blockchain industry innovation base. In this April, Chongqing launched the Chongqing Blockchain Application Innovation Industry Alliance and awarded the Chongqing Digital Economy Blockchain Industrial Park to Yuzhong District.  The park has signed contracts with world-renowned companies such as Inspur and IBM and cultivated leading local companies such as Bangbanglian, Jinwowo, and Xi Tech. Its annual output value is expected to reach 2 billion yuan (about USD 292.4 million).

The extensive application of blockchain involves fields such as finance, government affairs, and industry. For example, in terms of smart manufacturing, in the production process for all devices, after using blockchain technology to perform related data identity authentication and data security protection, if the equipment is out of stock or needs to be recalled during later use, you can learn all the information corresponding to the equipment and parts by scanning the code, and quickly find the supplier.

“As long as certain specific scenarios of data applications are involved in the future, blockchain will have its huge value,” said Shang Guangyong, general manager of Chongqing Inspur Cloud Chain Information Technology located in the Chongqing Digital Economy Blockchain Industrial Park. Inspur currently ranks among the top ten in the world in the number of patents in the blockchain field, involving blockchain applications in government services, financial technology, and quality governance. According to the general manager, Inspur endeavors to build a smart community by using blockchain technology to implement household registration, electronic access control effectively, and other intelligent services, ensures the authenticity of data so that citizens can use community services very efficiently.