Chongqing- The International Gateway Hub Seminar of the Chengdu-Chongqing Economic Circle and Euro-China Green and Smart City Forum 2020 was held in the Sino-Swiss Techno Park (SSTP) in Chongqing on September 14th. 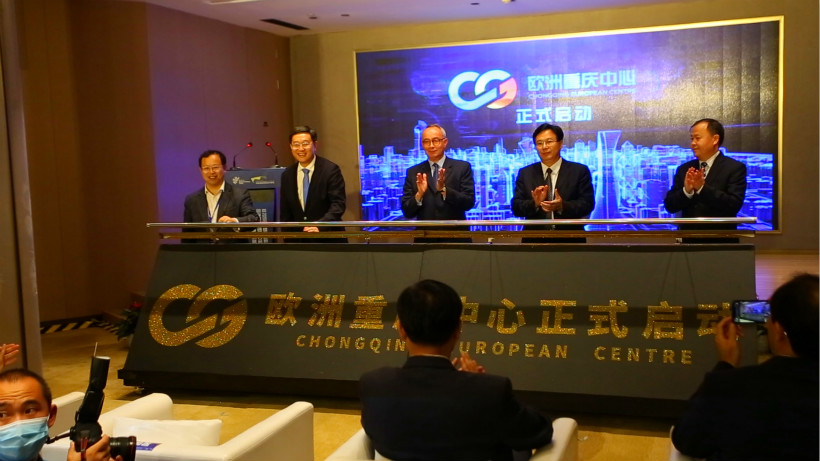 During the conference prior to the Smart China Expo Online 2020, the initiation ceremony was held to officially open the Europe Chongqing Centre, which subsequently took part in a signing ceremony between the new organization and a German company from the city of Mannheim Neckar, a close partner of Chongqing in the IUC.

The International Gateway Hub Seminar was also held at the venue to introduce the latest developments in the Chengdu Chongqing Twin City Economic Circle. 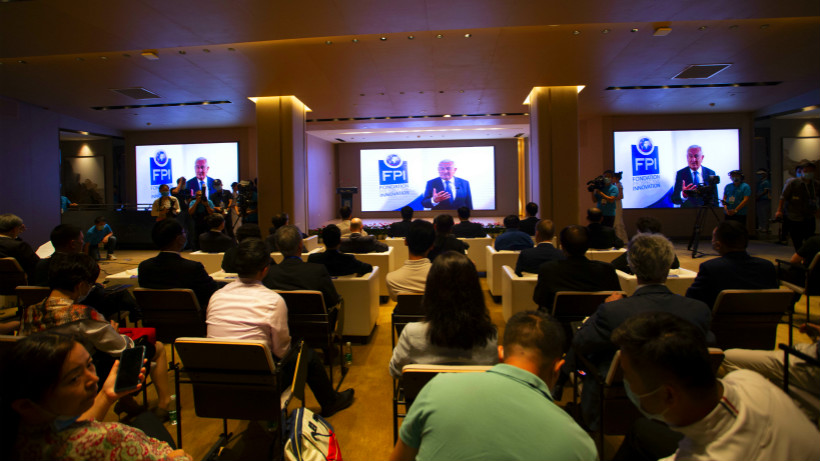 The Europe Chongqing Center was officially launched in Chongqing at the summit and will become a new window as Chongqing opens up to Europe. The EU ambassador to China Nicolas Chapuis, executive vice mayor of the Chongqing Municipal Government Wu Cunrong, and leaders of the China Centre for Urban Development, the Chongqing Development and Reform Commission, and the Liangjiang New Area Management Committee were all in attendance to witness the event.

It is reported the center has 25 floors with a total construction area of about 16000 square meters. More than ten foreign chambers of Commerce, foreign-related organizations, and Sino foreign joint ventures, including the Italian Chamber of Commerce, have settled in.
Following the establishment of the Europe Chongqing center, it will serve as a link for cooperation in resources, and provide consultation services to European enterprises and institutions to invest in Chongqing through industrial collaboration, chamber of commerce associations, and enterprise alliances.

Specifically, the center will have four basic functions: business and government services, industrial cooperation, and exhibitions. Exchanges and collaboration will be strengthened in the digital economy, new-generation information technology, and smart green industry, to make China and the EU a collective highland in scientific research and transformation.

Chongqing and Europe will also hold EU innovation and entrepreneurship forums, economic and trade investment summits, project negotiations, and investment promotions at this institution to promote further multi and bilateral cooperation with European countries and regions on a larger scale, and at a higher and deeper level and at a deeper level. These will serve to boost the profile of Chongqing as an inland open highland and raise cooperation with Europe to a whole new level.

In addition, the summit also focused on a post epidemic theme in the way of new urban governance. Outstanding achievements in the fight against the epidemic in Europe and China were singled out for praise. Multiple speakers told how the coronavirus has united our collective wills like a fortress, and that we stand together through difficult times.
The pandemic has bestowed the Europe Chongqing Center with a historic mission to create a good platform for dialogue and exchange, at a time when Europe deals with the issue of strong opposition to globalization, WTO regulation adjustments, and reconstruction in the global industrial supply chain.

The Europe Chongqing center is to become the permanent venue for China-EU green smart city summits. A dedicated exhibition hall will be set up on the 24th floor to focus on milestone achievements made since the summit’s first edition was held. The institutional plaque is to be displayed on the 25th floor, as the functions continue to be enriched further. 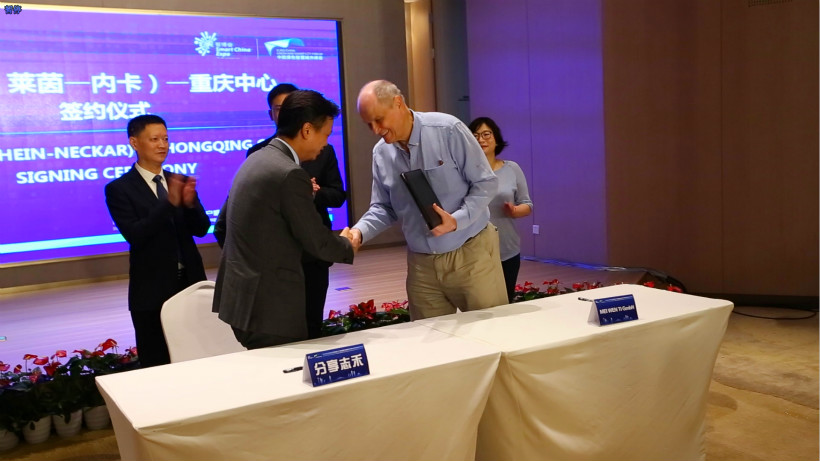 The signing ceremony between Mannheim and the Europe Chongqing Center was held following the initiation ceremony, further enriching the latter’s functions.

At the signing ceremony, the mayor of Mannheim Peter Kurz, director of the International Affairs Department of Mannheim Municipal Government David Linse, leaders of the EU International Urban Cooperation (IUC) program, and relevant departments in Chongqing jointly witnessed the signing of the contract between the companies of Meiwenti from Germany and Fenxiang Zhihe in Chongqing.

The two sides will cooperate in international investment promotions, liaison, cooperation, and the establishment of international channels to normalize meaningful collaboration and exchange.

The new center in Chongqing will play an essential role in regional development and opening up. It will make new contributions to the One Belt One Road as part of high-quality development.

In the future, the Europe Chongqing center will further strengthen cooperation in trade, investment, and technology between Chongqing and European countries and regions to facilitate in-depth collaboration in brand management, market development, and technological transactions, and new projects.

High profile government representatives from the EU sit in the audience.

The seminar on International Gateway Hub of Chengdu Chongqing Economic Circle was also held at the Sino-Swiss Technology Park in Chongqing, where prominent figures introduced the latest developments in the economic project.

Cao Weixing, a member of the 12th and 13th Standing Committee of the National Committee of the Chinese people’s Political Consultative Conference, stated that planning, construction, and governance of international gateway hub cities in Chongqing and Chengdu would become the highlight, focus, and breakthrough point in the development of Western China.

The 14th five year plan period is key to constructing international gateway hub cities in Chongqing and elsewhere. It poses a significant challenge in the field of governance system innovation.

Can Weixing elaborated further, ‘We should deeply understand strategic intentions at the state level, and embody the central government’s will through governance systems and structures.’

At the seminar, Mao Guanglie pointed out that the Chongqing international gateway hub’s construction should highlight the features of cooperation between Chongqing and Europe. For example, exchange and collaboration in the digital economy between China and Europe have great potential for expansion and deserve special attention.

Xu Lin stated that the Chengdu-Chongqing region is at a critical stage of construction in urban agglomerations and metropolitan areas. The promotion of reform to systems and mechanisms and the process of deep urbanization are key to high-quality development in the Twin City Economic Circle.