The two-month-long Blockchain Application Innovation Contest of the Smart 2020 China Expo Online (SCE OL 2020) came to the final stage at the Westin Hotel in Yuzhong District on Sept. 14.

Two projects made their way out of the 200 entries selected from all over the world and won the first prize. 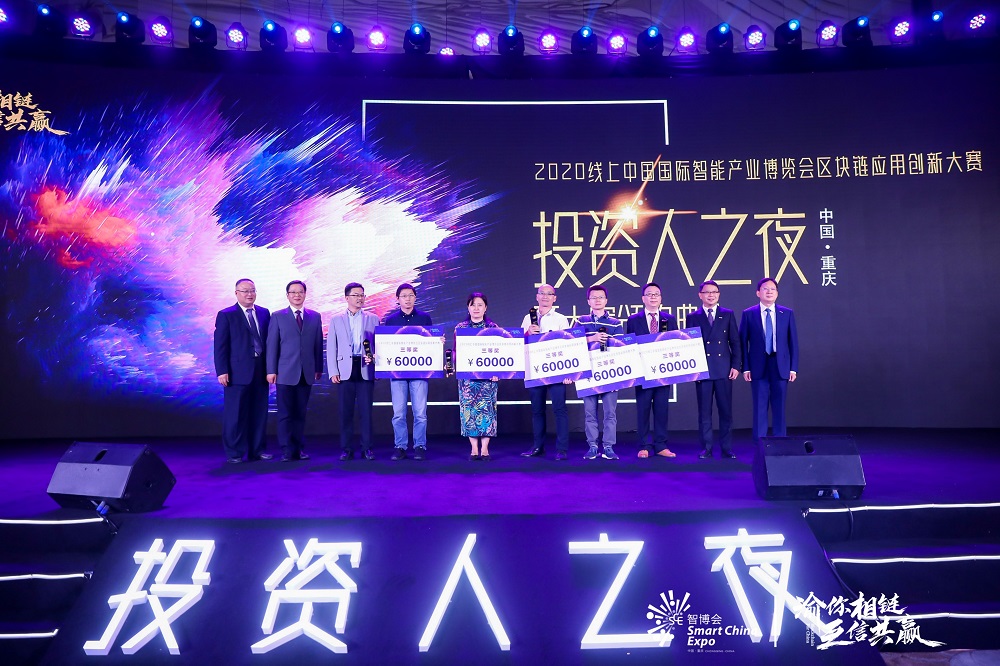 To attract the world’s best blockchain teams, all the questions and assignments set up in the contest are open-ended, with 12 designated research directions under the three categories of the digital economy, digital finance, and digital society. The contest put a special emphasis on the implementation of blockchain application scenarios for government, commercial and civil uses.

Launched on July 8, the contest quickly gained attraction and momentum among domestic and international blockchain communities, with over 200 professional teams from around the globe vying for the grand prize. The contest is divided into the three phases of design, development, and assessment, and only 20 teams survived the mass selection, the preliminary, the semi-final, and the roadshow, and made it to Monday’s final.

To speed up the commercialization and application process, more than ten investors were invited to join the judging panel; a special finance matchmaking event was also set up during the “Investors’ Night” award ceremony. Other than giving remarks and providing comments, the ten investors also offered 50 million yuan worth of investment incentives.

By 8:30 p.m. that day, the organizing committee announced the final result: the “Exploration of Blockchain Application in Digital Financial Services for Supply Chain of Live Pigs” project and the “Blockchain- and Industrial Internet-Based Financial Solution for Supply Chain of Construction Materials Industry” project won the first prize and 200,000 yuan; three other projects won the second prize and 100,000 yuan; five more projects won the third prize and 60,000 yuan.