Chongqing- American writer Peter Heisler once wrote, ‘Fuling is the place where I began to understand China, and where I became a writer. My two years of life, there was a rebirth, which turned me into a whole new person.’

Fuling City paints a beautiful scene of mountains and water.

This is how a man from overseas came to see Fuling over 30 years ago. Following great changes, the Fuling District of today shows the unique charm and vitality that emanates from the combination of tradition, modernity, nature, and humanity.

The Qing Dynasty poet Weng Ruomei eulogized the Wu River gallery landscape of Fuling, and who write in admiration, ‘The Shu Country landscape is unique and unrivaled.’ 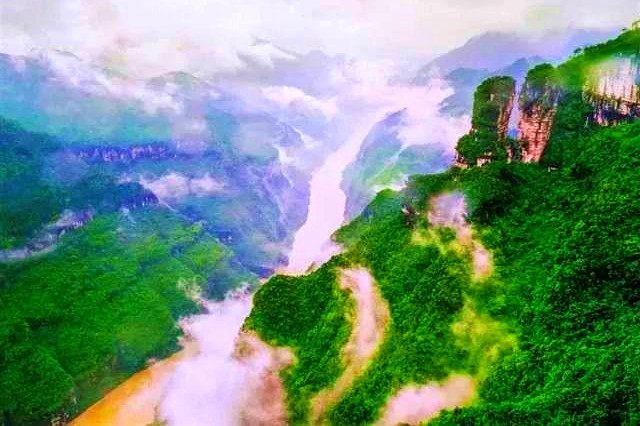 The Fuling section of the Wu River is about 38 kilometers long and is a connecting point for various scenic spots in the Yangtze and Wu River Basin. Magnificent peaks, peculiar rock formations, cinnabar tinted cliff faces, clear waters, rapids, and towpaths vie amongst a breathtaking natural landscape.

The Great Rift Valley of Wuling Mountain possesses a magic unreachable to human imagination. This ancient scar left by movements of the Earth’s crust is a magnificent wonder of nature. The altitude within the scenic area ranges over 1380 meters. The soul is intoxicated by the visual impact of unique karst formations, the pristine ecological conditions of Qifeng canyon, precipitous cliffs, dark caves amid the dense forest, and clear streams that run for 10 kilometers. 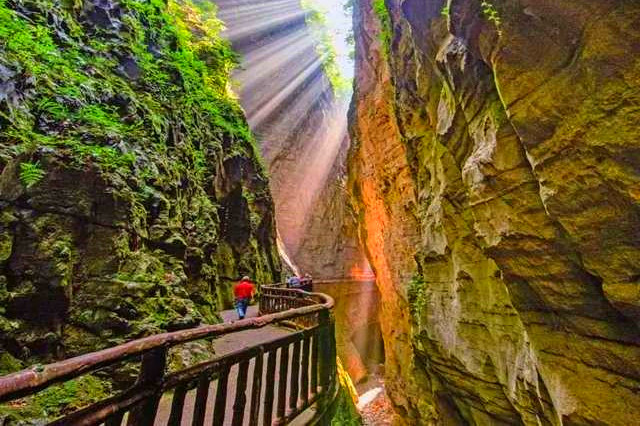 Wuling Mountain National Forest Park is a beautiful location, natural Oxygen Bar, and a top ten summer holiday destination in Chongqing. The forest coverage rate is 95.2%, and the average temperature in July and August is 19.7℃. The dense forests, vast grasslands, pleasant climate, and seasonal landscapes entice people with nature in its purest form.

Fuling is a city of history and culture, where you can explore times of antiquity, sense the history, and converse with sages amid the ambiance of refinement. 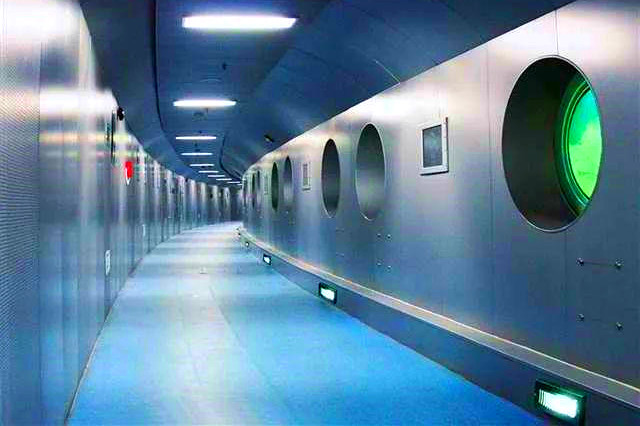 The site of Baiheliang (White Crane Ridge) Inscriptions is located on the south bank of the Yangtze River Fuling City. They were carved before the first year of Guangde Tang (763 AD) on a natural stone beam about 1,600 meters long and 16 meters wide.

During the construction of the Three Gorges Project, a pressure-free container protection design was adopted to build an underwater museum on the original site. In 2010, it was classified as the world’s first underwater museum without the need for diving by UNESCO. 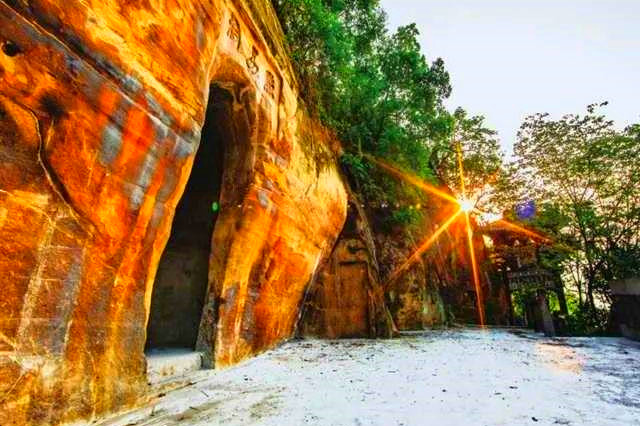 Beiyan Science Academy is located on the north bank of the Yangtze River in Fuling. In the fourth year of Song Zhezong (1097), Cheng Yi, a well-known Neo-Confucian and educator in the Northern Song Dynasty, was demoted to Fuzhou. With his disciple Qiaoding, he taught apprentices, annotated the Book of Changes, and wrote the classic biography of Zhou Yicheng.

This is also where the Fuling School of Song Dynasty scientific thought originated, which inherited a thousand years of cultural heritage. 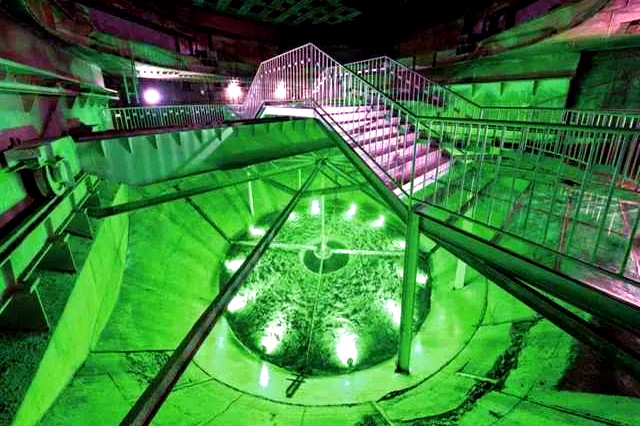 The 816 Project is a declassified underground nuclear facility now open the public.

Watchtower clusters among the lands of Pingshang, Dashun, and Longtan, are a feature of historical settlements left by Hakka immigrants, and over 100 such towers remain to this day. They were mostly built with rammed Earth to form a self-contained system internally, with high walls on the outside. These military fortresses are a great wonder of traditional Bayu dwellings.

Project 816 is the site of a declassified underground nuclear complex. It is the largest artificial cave in the world, with buildings and a flowing river inside. The total construction area is 104,000 square meters, and the main cavern is 79.6 meters high a veritable ‘Underground Great Wall.’ The original site was the 816 machine manufacturing plant and has become a unique tourist attraction that evokes memories of the Fanghua Era. 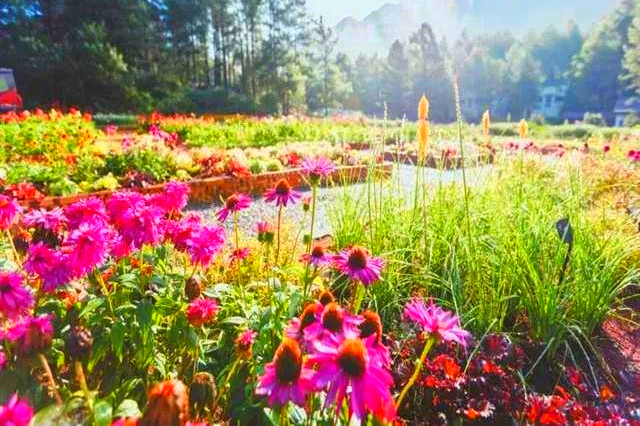 The Great Flower Valley of Fuling.

Fuling has become an ideal location for people to nourish the heart and pursue high-quality life, thanks to the wealth of natural endowments and ingenuity of its people.

The Flower Valley and Linxia Gardens make up a park themed on Alpine flowers in Damu Township and is known as the No. 1 Alpine Flower Township in Chongqing, and Provence of the East. Visitors can enjoy the unforgettable experience of strolling among the colorful flowers spread across the wild outdoors. 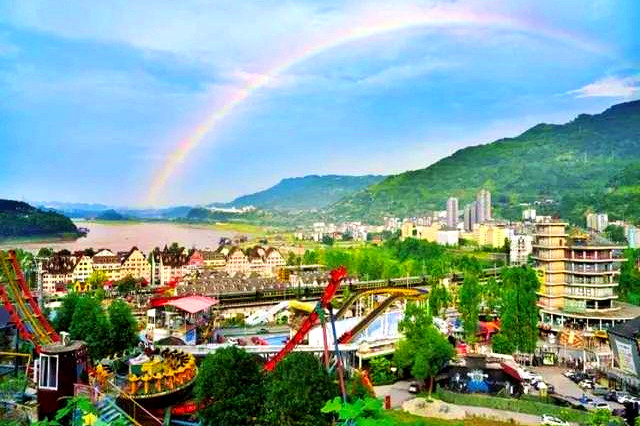 Meixin Wine Village was formerly Foreigner Street before its relocation to Fuling.

Meixin Wine Town is home to wonderful amusement parks, the unique Xiangxi Bridge, and offers romance in wine and music. The site was initially built in the central city of Chongqing as Foreigner Street but later relocated to this location. Experience this fairy tale world, listen to the river breeze, look up at the starry skies, and shout out freely into the night.

The variety of native specialties and intangible cultural heritage products possess unique flavor and elegance and are the main reason people fall in love with Fuling. 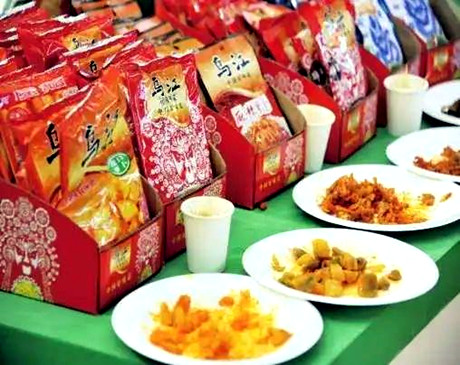 Fuling is well-known as the hometown of Chinese mustard, which has developed into a world-renowned taste of China. The custom of making pickled vegetables with stem mustard as a raw material goes back a long time. In 1898, Qiu Shouan and his long-time worker Deng Bingcheng innovated the pickle-making process, which has now commercialized. On a par with European counterparts, Fuling mustard tuber is renowned for a taste that is fresh, fragrant, tender, and crisp. Consumers deeply love it because of its rich nutrition, unique flavor, and wide range of uses.

According to historical records, Tang Dynasty Emperor Xuanzong bestowed Fuling a high-quality lychee garden to satisfy his concubine Yang Yuhuan’s intense liking of the fruit. Nowadays, lychees are grown all over the banks of the Yangtze River in Fuling, with the most prosperous orchards to be found in Muhe Village. The fruit has a thin skin with thick flesh, and taste that is creamy, sweet, and moist. The fruit is no longer reserved for concubines, as farmers now increase their income as they grow lychees to the delight of tourists. 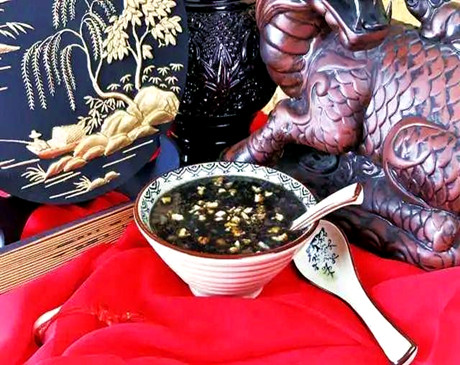 A bowl of fermented glutinous rice.

Fermented glutinous rice is unique to Fuling, and was founded over 200 years ago in the fourth year of Jiaqing in the Qing Dynasty (1799). The glutinous rice is added with sesame, orange, walnut, peanut, date, and white sugar. The taste is sweet, delicious, and rich in nutrition. It is listed as a famous snack in China and was presented to guests at the 2010 Shanghai World Expo.

Fangping tea is produced in Fangping Village and has a production history of more than 500 years. In 2008, it was listed as one of the six traditional and historical teas in Chongqing. It had won many prestigious awards, such as the 12th National Chinese Tea Cup and the 6th Emeishan Cup International Gold Award. 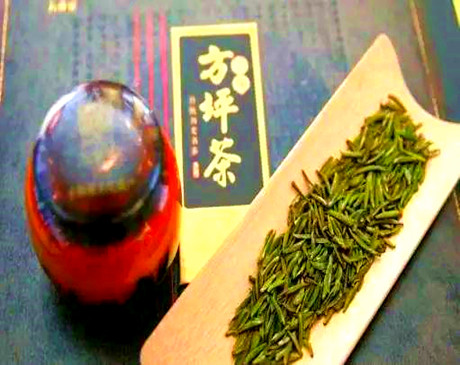 Baihualu Wine was created in the fifth year of Jiaqing in the Qing Dynasty (1800) and was listed as a royalty brand. The wine inherits brewing technologies from Luzhou and Shanxi, uses high-quality sorghum as the base, and is refined with more than 100 rare Chinese medicinal herbs such as ginseng, gastrodia elata, and eucommia.

Baihualu wine is red, clear, aromatic, sweet, and has a long aftertaste. It possesses the medicinal effects of nourishing the blood and qi, dispelling wind and dampness, appetizing, strengthening the spleen, and relieving pain and diarrhea.

The Baiheliang Inscriptions have inspired a range of study products themed on the White Crane Beam, including pen holders, tables, ink stones, and graphite utensils.

The raw material of Fuling mustard tuber has been used with knotting techniques to create specialty products, such as the lotus knot and perfect circle, made purely by hand, and feature the green head as the distinctive element. 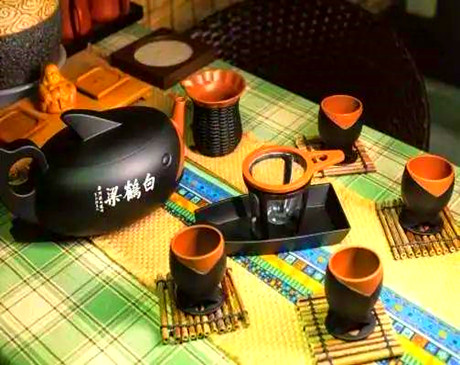 The fish tea set was designed with Baiheliang as the main creative element. Tea is poured into a fish-shaped pot through the tea strainer and recreates the fun of catching fish to offer a more interactive experience.

The Mustard Prince emoticon pack uses the green head as the creative blueprint in a range of 16 expressions, which have been published on social platforms such as WeChat and QQ. 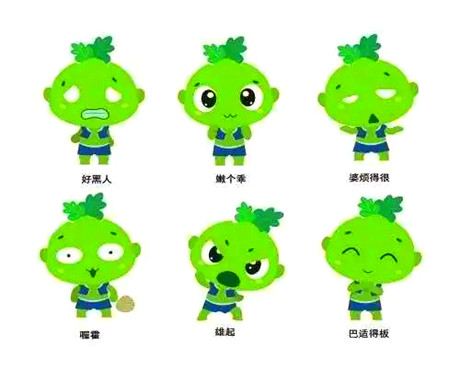