Chongqing- Wushan sits inside the Three Gorges Reservoir, where the intoxicating scenery of Wu Gorge is derived from the jade river waters, verdant mountains, red maple leaves, misty peaks, and the historical charm of ancient towns. 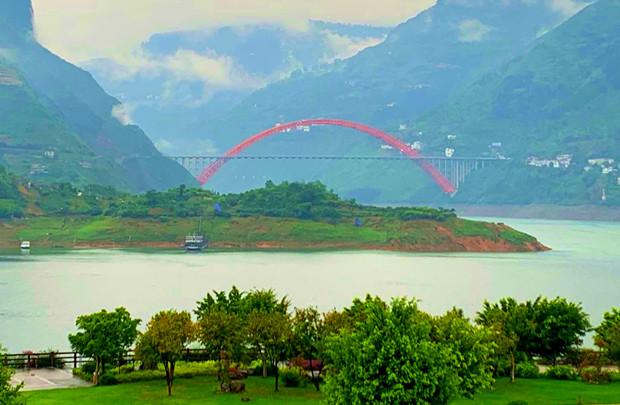 Wushan has developed thanks to the river. The county is among the first batch of national tourism demonstration zones, and enjoys the status of being a top travel destination and natural oxygen bar in China.

The river is also a great source of prosperity in Wushan, which has formed the basis of rapid growth to become a modern and international destination that retains a profound wealth in cultural heritage.

Twenty years ago, cultural relic experts unearthed a pottery figurine holding a fish at the Maituo Tombs in Wushan. They also found copper fish hooks, nets, and fish-shaped bones, which indicate that people had mastered the techniques behind Wushan grilled fish as early as the Eastern Han Dynasty. 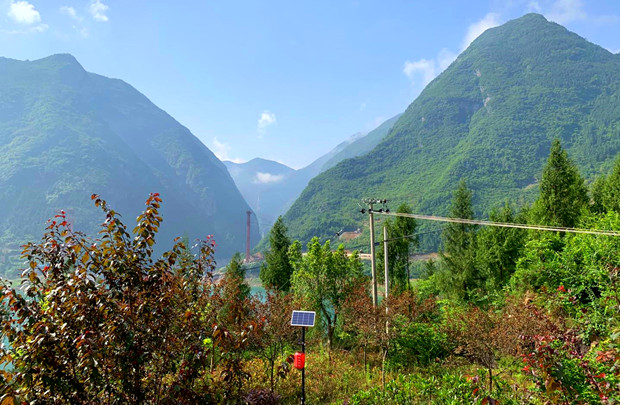 Authentic Wushan grilled fish selects the finest ingredients and quality of fish to produce this exquisite local specialty. The unique preparation method involves marinating before the fish is roasted. There are over ten flavors such as pickled peppers and spicy chili, all of which leave a rich aftertaste.

Wushan county grilled fish is listed as an intangible cultural heritage in Chongqing and has been named a famous dish of China. The specialty has obtained 19 trademark rights, while the grilling process has been granted 11 patents. At present, there are over 13,000 Wushan grilled fish restaurants nationwide.

As the mother river has nurtured 5000 years of civilization in Wushan, and two millennia of fish roasting culture, the specialty is not only a catering brand and name card, it represents the creative spirit in this new era of life. 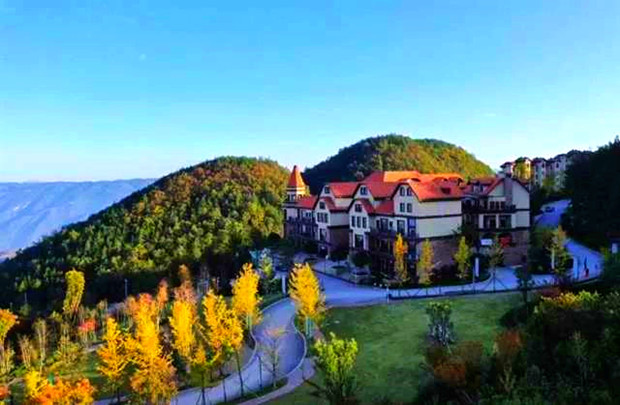 Motian Ridge is an ideal resort for health and well-being.

In the 5A rated Wushan Lesser Three Gorges Scenic Area, macaques can once again be seen climbing, drinking from the river, and playing amongst the trees.

In the past, the Lesser Three Gorges was an isolated and impoverished rural area. Since local villagers had no money to buy coal, so they entered the gorge to cut firewood, which destroyed the vegetation and habitat for the macaque population. 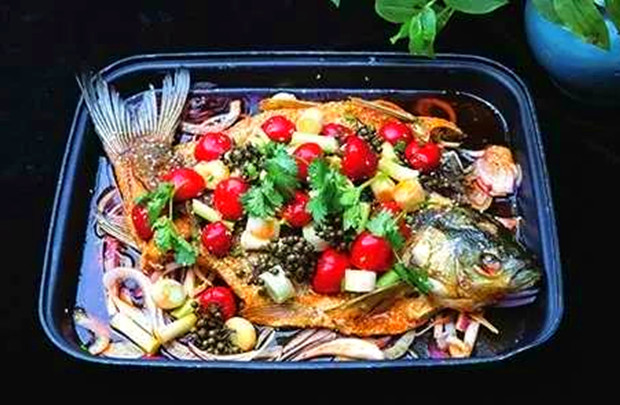 Wushan grilled fish is a nationally renowned delicacy with millennia of history.

In the early 1980s, the Lesser Three Gorges was developed into a tourist attraction. The local government began to plant trees, and hired forest guards to protect and manage the vegetation. It also provided coal subsidies so that villagers no longer had to cut firewood.

As the forest environment within the Lesser Three Gorges improved over the years, macaques have made a return in ever greater numbers. The population now stands around 4,000 macaques and has become a unique feature of the canyon.

In order to prevent food competition between the macaques and villagers, Wushan moved people to the lower mountain reaches and set up over 10 monkey food distribution points along the banks of the Lesser Three Gorges. Macaques are now testimony to the pristine ecology in the Wushan. 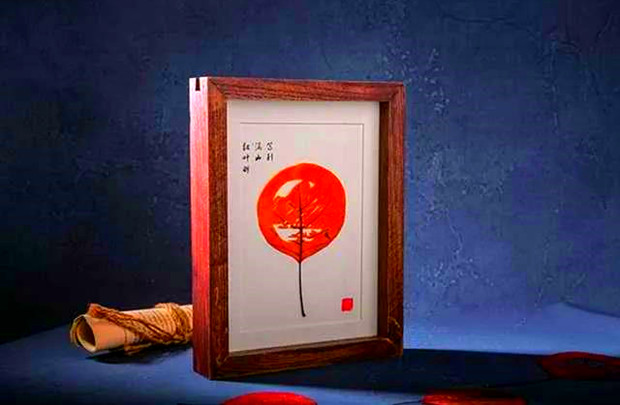 Every year, vast swathes of the mountainous landscape are covered in spectacular red maple leaves, and The Lesser Three Gorges has now cultivated 150,000 mu of red-leaf forest and a 3000 mu expo park.

Since 2007, Wushan has successfully held 13 editions of the yearly International Red Leaf Festival, attracting over 40 million tourists and achieving over 16 billion yuan in tourism-related income.

The Wushan Cinematic Art Week was established alongside the Red Leaf Festival. Renowned filmmakers such as Li Youbin and Wu Jing have provided assistance in opening this new path to benefit people through film and culture. 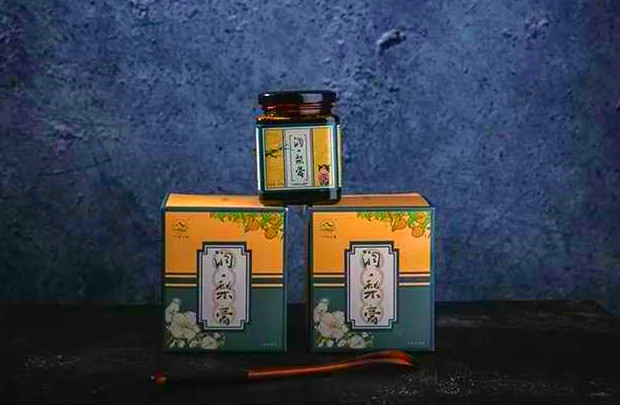 Wushan pear paste uses the finest ingredients and has many therapeutic properties.

Enterprising villagers in Wushan have combined used the red maple leaves with the traditional art of paper-cutting to make culturally innovative products. The artwork features the scenery of the Three Gorges, Chinese zodiac signs, and many other themes. They are now a business card for Wushan and have played a significant role in poverty alleviation.

In summer, locally produced fruit goes on the market. On a stroll through the streets of Wushan, there are crisp plums to be seen everywhere. The nutritious fruit has a distinctive shape, a crispy texture, a perfect balance of sweet and sour. They are good for moisturizing the skin and are also known as edible cosmetics.

The outstanding taste of Wushan crisp plums can be attributed to the ideal latitude, abundant rainfall, unique geography and fertile soils. As a result, this renowned fruit product in China has played an important role in poverty alleviation and rural development. 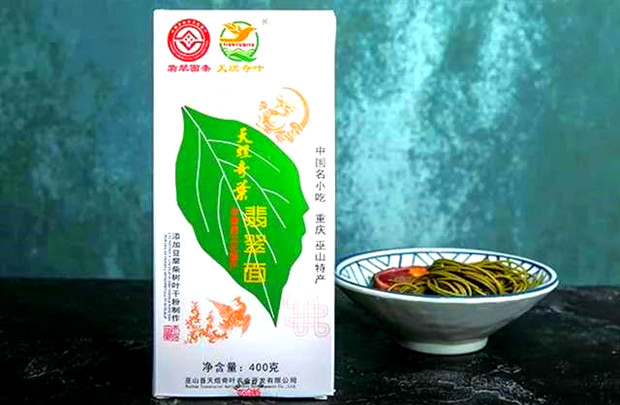 Wushan jelly noodles are a famous delicacy in Wushan.

In order to expand the industrial chain and solve the issue of preservation, Wushan has performed extensive research and development to launch a series of derived products, including crisp plum wine, dried biscuits, and moon cakes. The brand value of the Wushan crisp plum industry in 2020 now exceeds 1.9 billion yuan, ranking first nationwide.

The resort of Motian Ridge lies amongst the cloud lines in the Three Gorges, with crisp plums and succulent oranges at the lower reaches, and lush forests and bamboo at higher elevations. The average altitude is 1,400 meters, forest coverage exceeds 90%, summer temperatures average 23℃, and days of high air quality total 350 per year. In addition to the negative oxygen ion content of more than 40,000 per cubic centimeter, this location is a national forest paradise for health and well-being.

Motian Ridge is a gallery of serene mountains where flowers bloom in spring, seas of cloud drift through summer, the moon shines brightly in autumn, and the winter brings glistening snow. 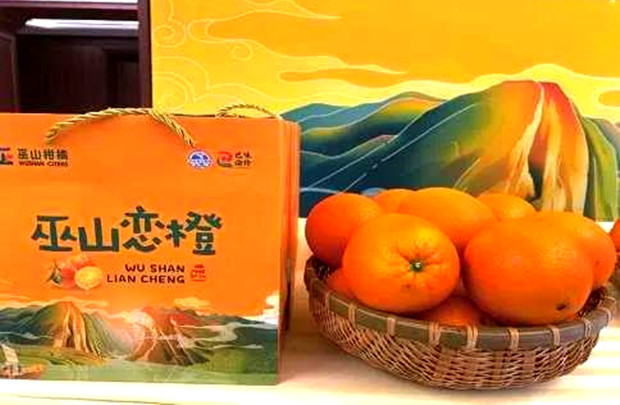 Wushan is now very accessible from all over China thanks to a comprehensive network of water, land, air, and high-speed rail transportation. In the case of Motian Ridge, the resort is a mere 8 kilometers from Wushan airport, and 25 from the high-speed rail station.

Wushan possesses a rich variety of special delicacies and products.

Following a careful process of selection, preparation, and carving, the red maple leaves of Wushan are made into a series of artistic creations such as rural culture, the scenery of the Three Gorges, and zodiac signs, all of which embody the local characteristics of Wushan. 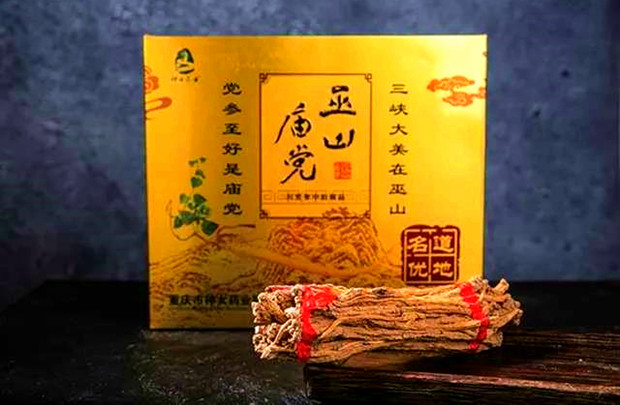 Asiabell root grows well in Wushan and offers a variety of curative effects.

Baishou folding screens are engraved with one hundred of the Chinese character ‘Shou’ that means longevity. The same characters are scattered on the surface with a different font. This product expresses good wishes for longevity, health, and well-being in traditional Chinese culture. Now, Baishou tablet rubbings and screens have been developed, and are highly collectible.

Ninghe stitch embroidery in Wushan originated from the ancient town of Dachang in the Ninghe River Basin. This art form listed as intangible cultural heritage is delicate, true to life, elegant and durable. It has contributed to poverty alleviation and is loved by tourists.

Since the planting of Wushan crisp plums began in the Tang and Song dynasties, the delicious fruit is rich in amino acids and vitamins, so people also know them as edible cosmetics for their beneficial effects on the skin. The plums have also been used for making wine, biscuits, and moon cakes. 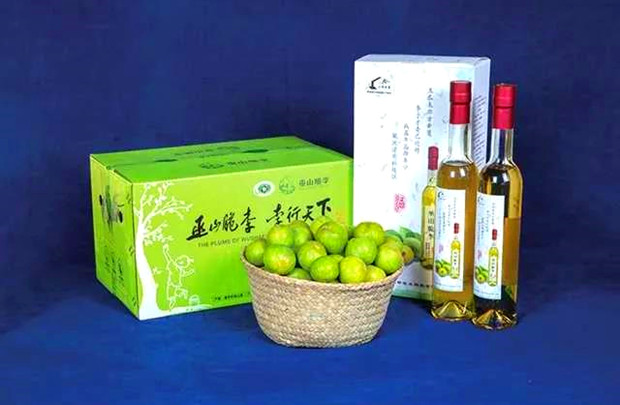 The crisp plums of Wushan are a successful brand sold nationally.

Wushan ‘Liancheng’ oranges grow along the Yangtze River in the Three Gorges Reservoir and have a planting history going back thousands of years. The two main varieties are a vivid orange-red in color, the surface is smooth, and the pulp is tender and juicy. The product receives protection as a nationally registered trademark of geographical indication.

Asiabell root grows deep in the deep mountains at an altitude of 1,500 meters in Miaoyu Town, Wushan County. The product is mostly used as an ingredient in soup and has the functions of invigorating the spleen, lungs, and flow of qi.

Wushan grilled fish has a history of over 2,000 years. The delicacy comes in flavors such as pickled pepper and spicy chili, and are crisp on the outside while tender on the inside. The specialty is listed as an intangible cultural heritage list in Chongqing Municipality and has been named a famous Chinese dish. 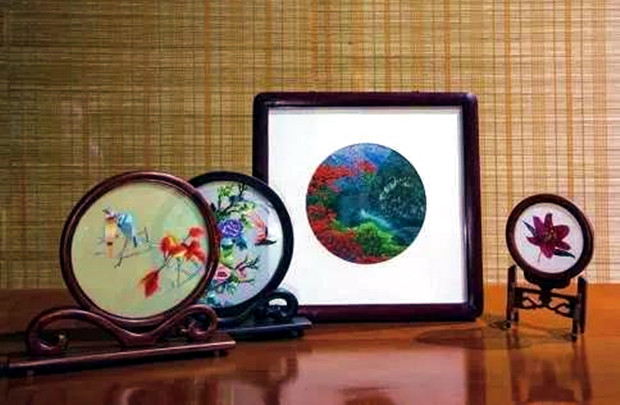 Ninghe embroidery originates in Wushan, and has played a significant role in poverty alleviation.

Wushan jelly noodles are made from the leaves of the alpine plant dofu chai, also known as stinky yellow wattle. It is named for its emerald green color and delicate, smooth taste. The delicacy is listed as an intangible cultural heritage in Chongqing and praised as a famous snack of China. The plant has also been developed into a series of products such as tea bags and facial masks.

Wushan pear paste has a long history of production. It possesses therapeutic effects such as moistening the throat, clearing the lungs, and cough relief. The product has been listed as an intangible cultural heritage in Chongqing. 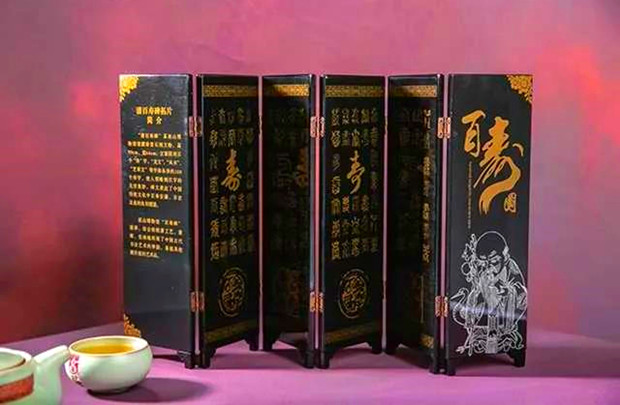 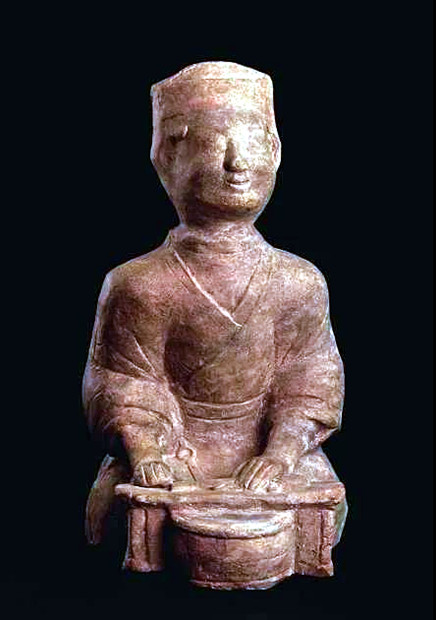 The pottery figurine unearthed at the Maituo Tombs in Wushan displaying the heritage behind fish.