Say Hello to Wild Animals in Chongqing by A Car during the Double Festivals!

Chongqing- Recently, the six-year-old Bengal tiger mother from the Bengal Tiger Pavilion at the Locajoy Wildlife World in Chongqing successfully gave birth to four cubs. Those four tiger babies were born near the Double Festival (the National Day and Mid-Autumn Festival), which brought the Locajoy Theme Park a great surprise. During the holiday of Double Festivals, iChongqing visited the park and enjoyed it there. Just follow iChongqing to have in the park!

The unique driving tour in the Wildlife World

Wildlife World is China’s first national-level wildlife eco-tourism park in the western region approved by the National Forestry and Grassland Administration & National Park Administration in 2000. As one of the largest eco-tourism parks in China, it is also currently the largest domestic wildlife protection, domestication, and breeding, eco-tourism, science education, animal rescue, and recreation. Besides, it is China’s first wildlife world park to allow visitors to drive their own cars inside the park to feel nature. 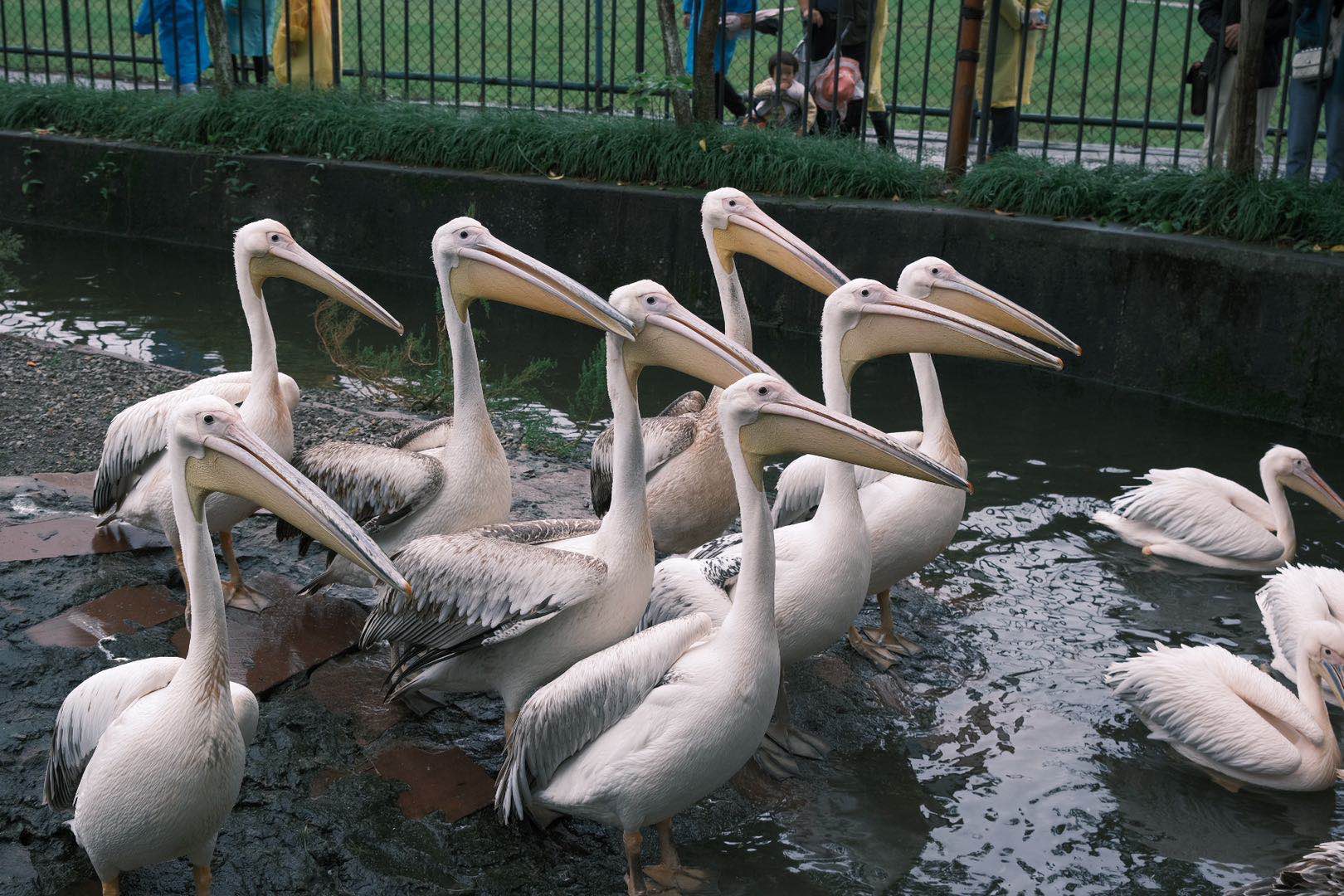 Pelicans in the Wildlife World of the Locajoy Theme Park

In the wild animal world, which ranks among the top three in the country, there are more than 430 species of nearly 30,000 rare birds and exotic animals on five continents. At the same time, it has the first domestic scatter area for gold tigers, stripeless tigers, and white tigers, as well as the first domestic scatter area for Australian animals and the most introduced African animal distribution area in China. Among them, there are more than 10,000 animals of 260 species in Appendix I and II of international conventions and national key protected animals. There are more than 30 species of extremely rare wild animals. 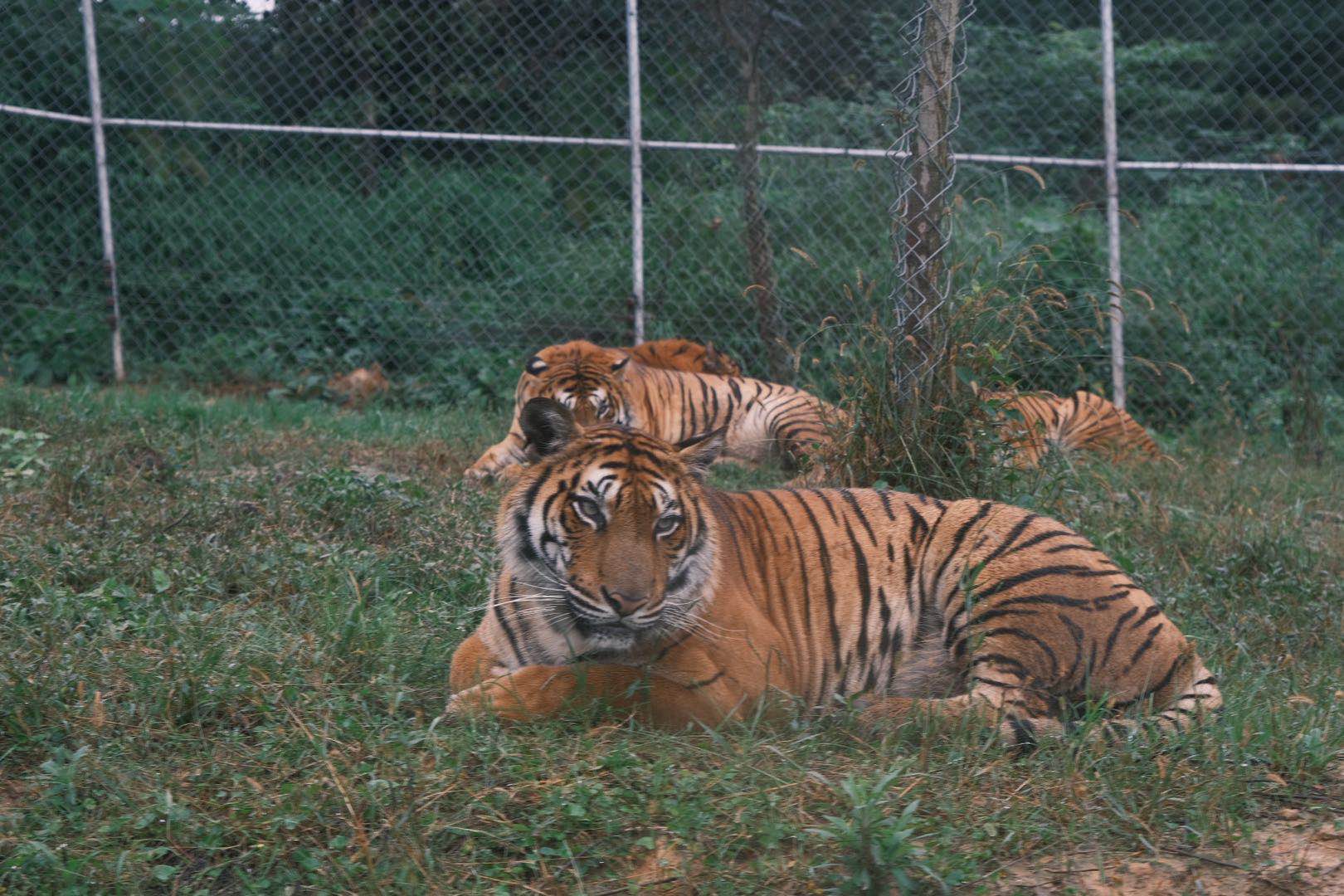 Gold tigers in the Wildlife World of the Locajoy Theme Park

The entire wildlife world is divided into a pedestrian area and a vehicle dealer area. Each area is equipped with graphic animal science explanation boards or TV video science introductions. The vehicle dealer area adopts the mode of taking a sightseeing bus into the park, passing through the African wilderness and Europe. The four major regions of the Asian continent, the kingdom of beasts, and the Australian continent have close contact with animals. There are many large-scale fauna and species museums in the pedestrian area, such as the Liger Museum, the Rhino and Hippo Museum, the Squirrel Monkey Museum, the Chimpanzee Museum, and the Rare Bird Museum. 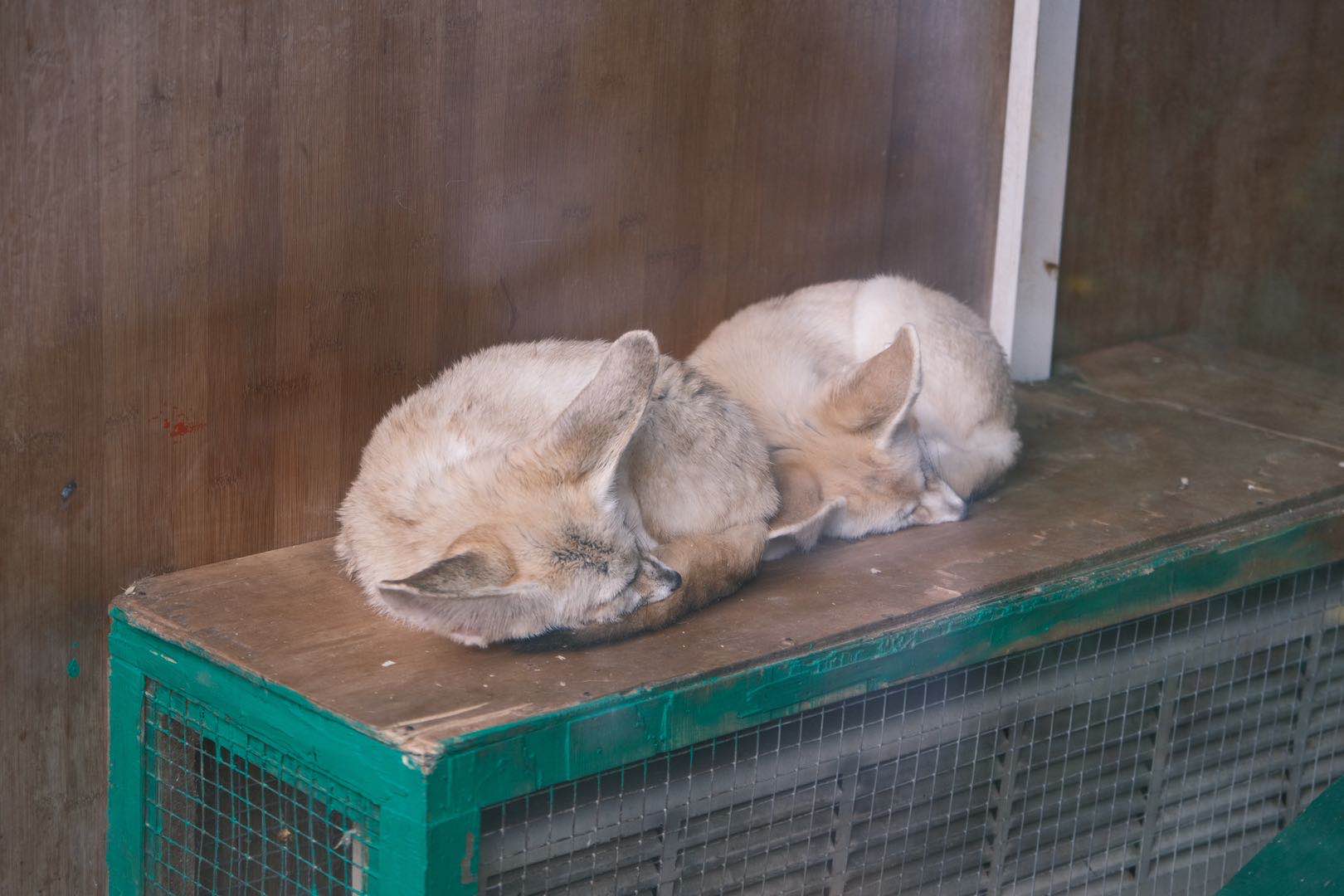 Fennex Foxes in the Wildlife World of the Locajoy Theme Park

In addition to wild animals, the Locajoy Theme Park also has other cultural activities to celebrate the Double Festivals. The First Chinese Quintessence Culture and Art Festival kicked off there, including Hanfu skateboarding performance, paper-cutting, candy paintings, calligraphy, and more. 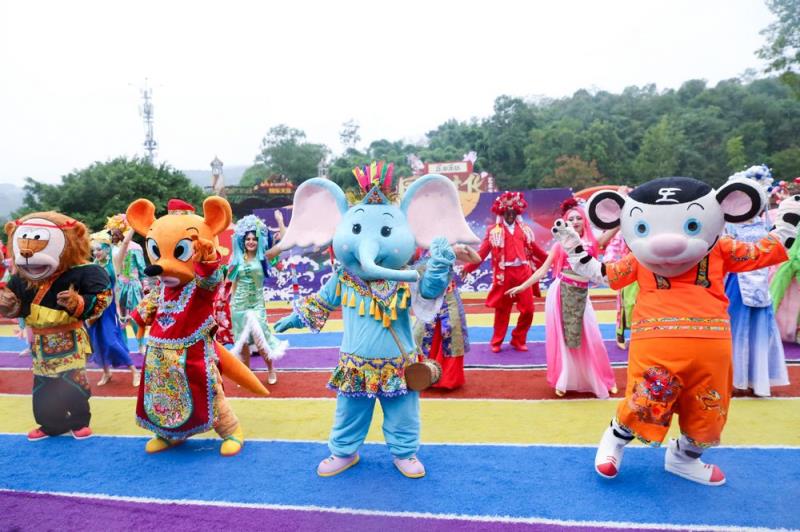 The First Chinese Quintessence Culture and Art Festival in the park

Moreover, during this festival, the Locajoy Theme Park also stages a wonderful animal-themed shadow puppet show for eight consecutive days. Audiences in front of the stage enjoyed the good shows by one screen. It is the vivid animal stories, presented by a few bamboo sticks and a few shadow puppets. 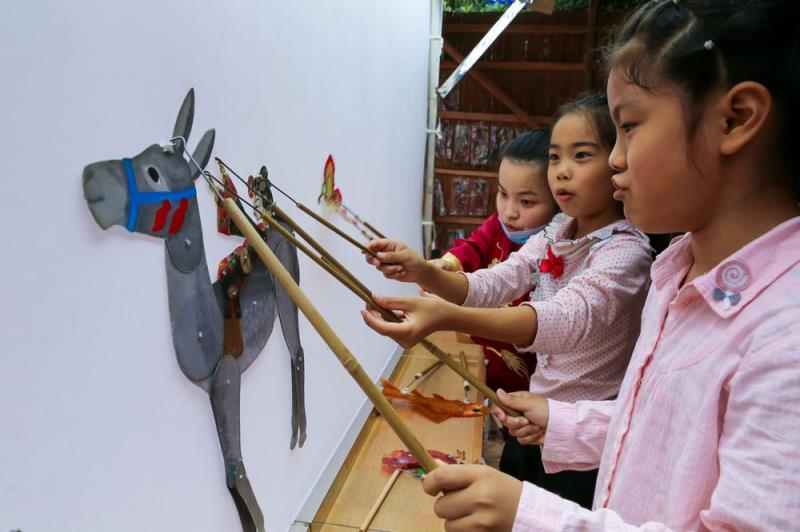 According to the park, there were three stories of the puppet show – Three Monkeys, Wu Song Slays the Tiger, and the Fox and the Crow. Not only is the plot of the story lively and interesting, but it is also fascinating, and the image of the shadow puppets is lifelike. The shadow puppet master’s operation skills are even more adept, which is really exciting! 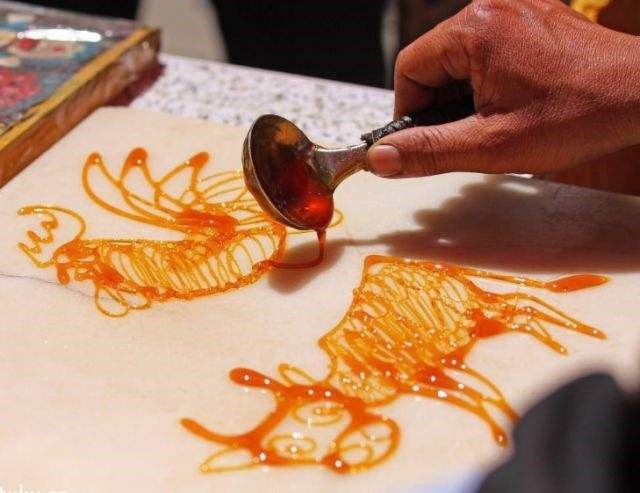 After watching the vivid shadow puppet show, you can also experience a variety of interactive activities, such as intangible cultural heritage and folk customs in the festival’s Street of Intangible Cultural Heritage. There were paper-cutting, clay figurines, calligraphy, sugar painting, and more. These things that were so novel when we were young will surely evoke the most unforgettable and happy memories of your childhood. 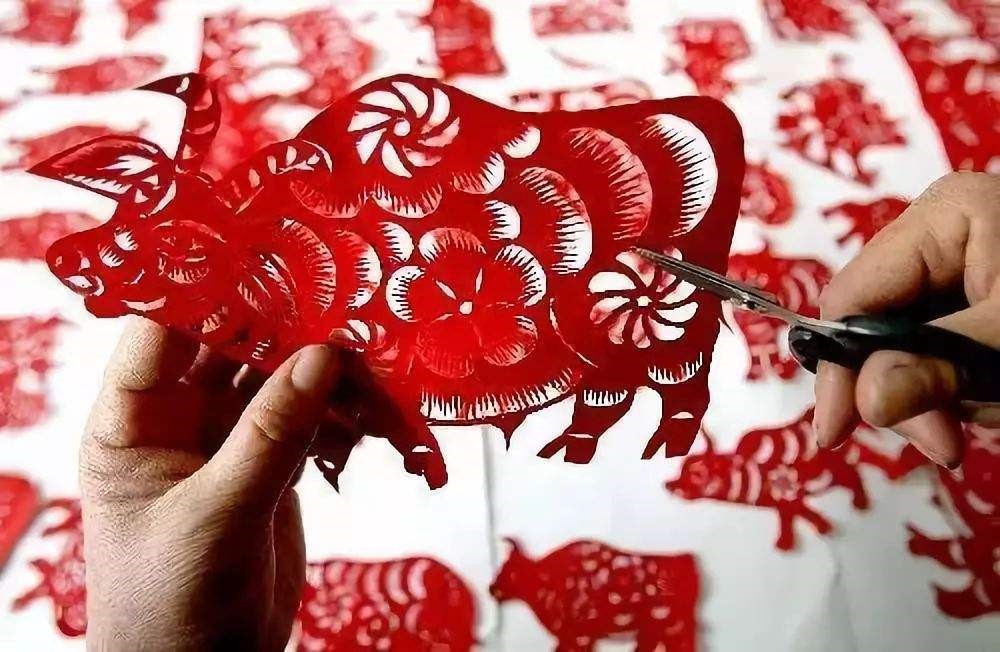