Chongqing- Recently, a TV play Run for Young, directed by Zhang Yibai, Han Yan, and Li Bingqiang, is so popular. Xiao mian (Chongqing noodles) has been featured in the play many times. According to data, xiao mian has become popular again during this holiday of Double Festival  (the Mid-Autumn Festival and the National Day), with the popularity of Run for Young. At the same time, xiao mian appears on the list of must-try food in this city, said some tourists. Moreover, there were also tourists who specially checked in the scene in the play to eat the same food. 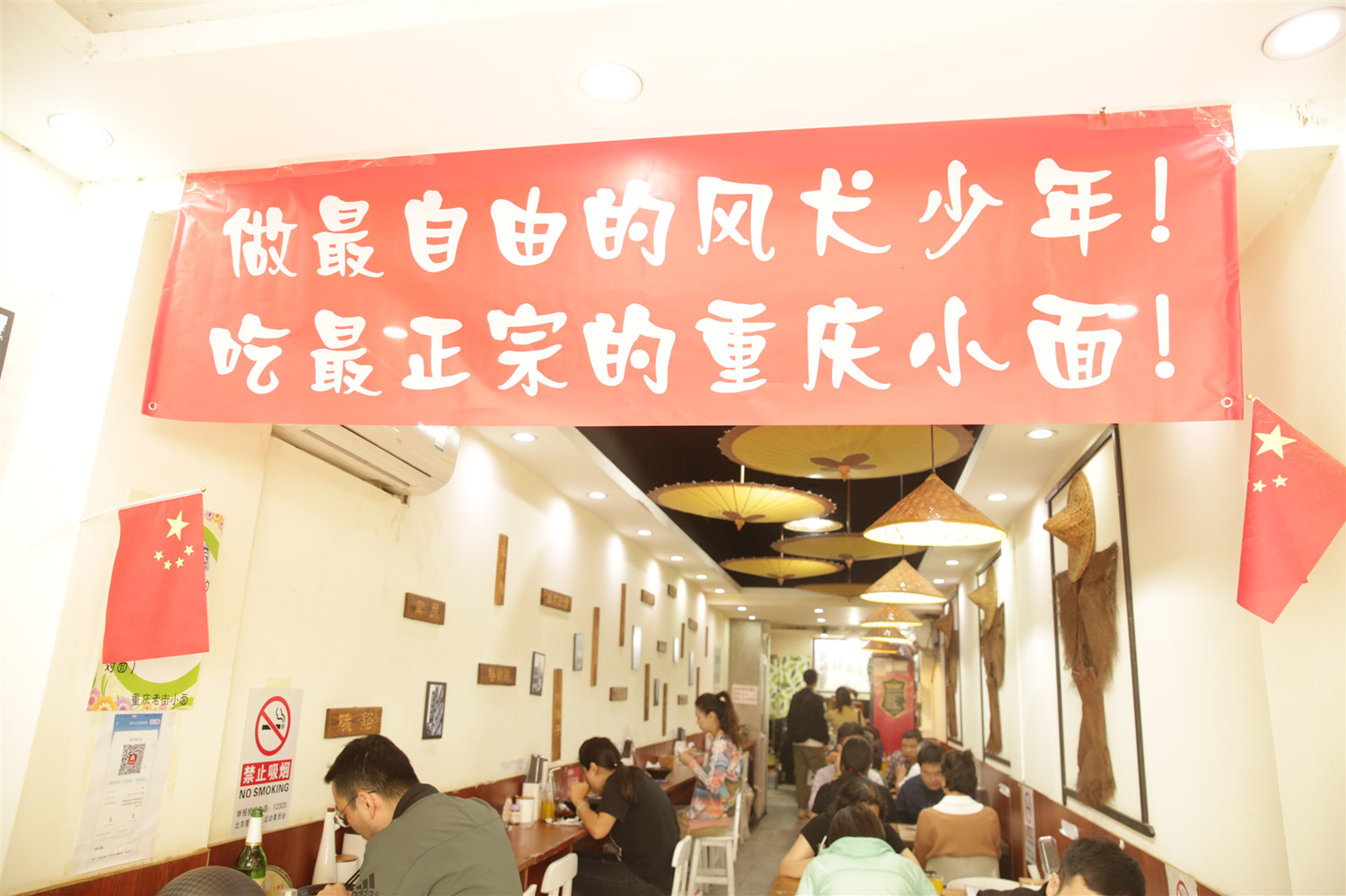 With the popularity of the play, Run for Young, there were more people who taste xiao mian during the holiday.

In 2013, the documentary, Hey, Noodles!, was broadcast on CCTV, which promote the Chongqing noodles rapidly throughout China. From then on, visiting Chongqing to eat hot pot and then having some noodles have been indispensable for tourists in their journey. In the play of Run for Young, because of xiao mian’s many appearances, many people even said that this is a Chongqing food play. Meanwhile, there were many restaurants that presented banners of the Same Style as the Paly Run for Young to attract customers, and it had also received a very good effect. 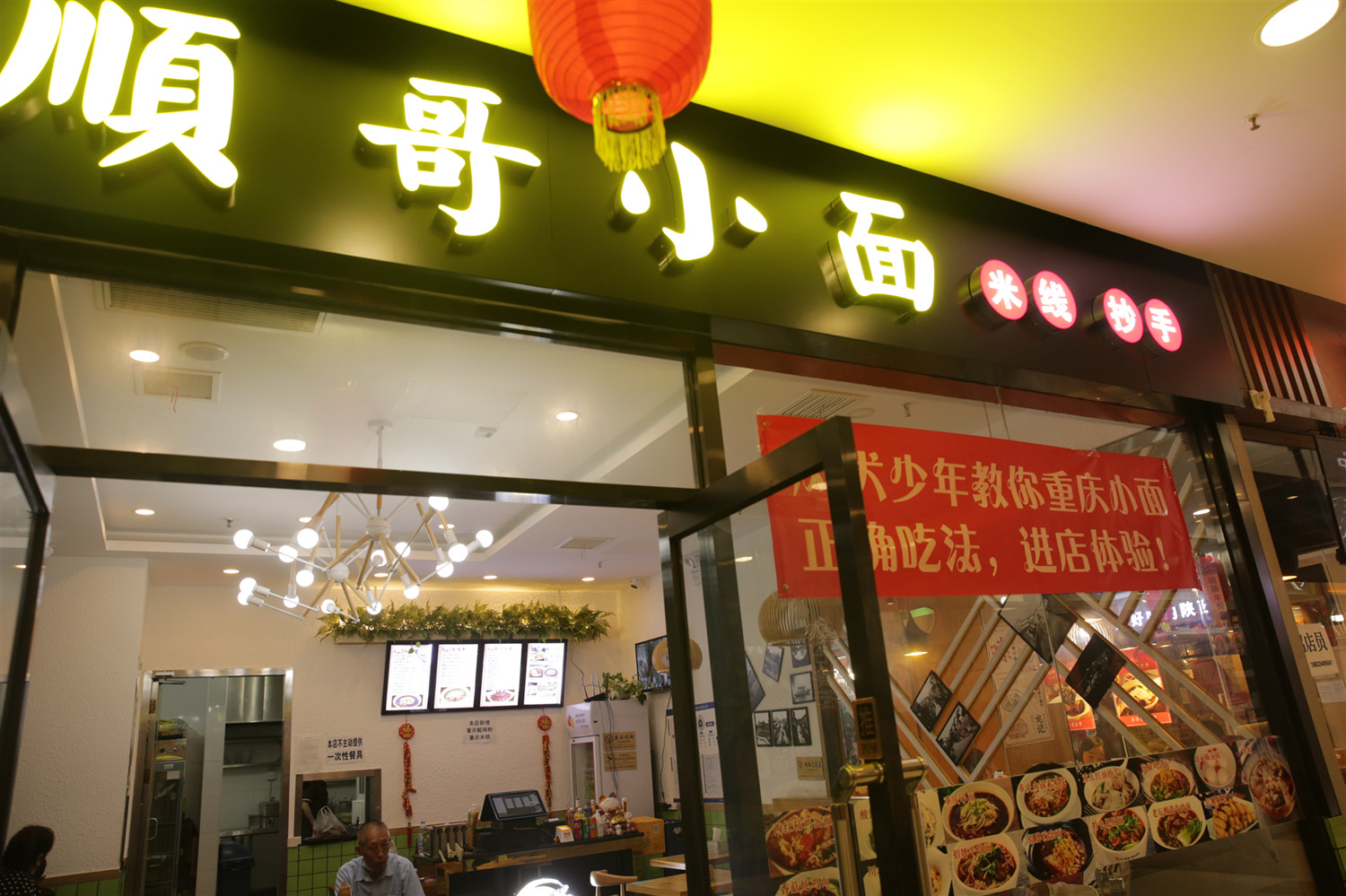 During the holiday of Double Festival, orders for xiao mian had increased significantly, including both dine-in and take-out orders. Among those orders, there were lots were from tourists from other places. Besides, the order volume had increased by 50% during the holiday, according to a noodle restaurant in Yuzhong District. 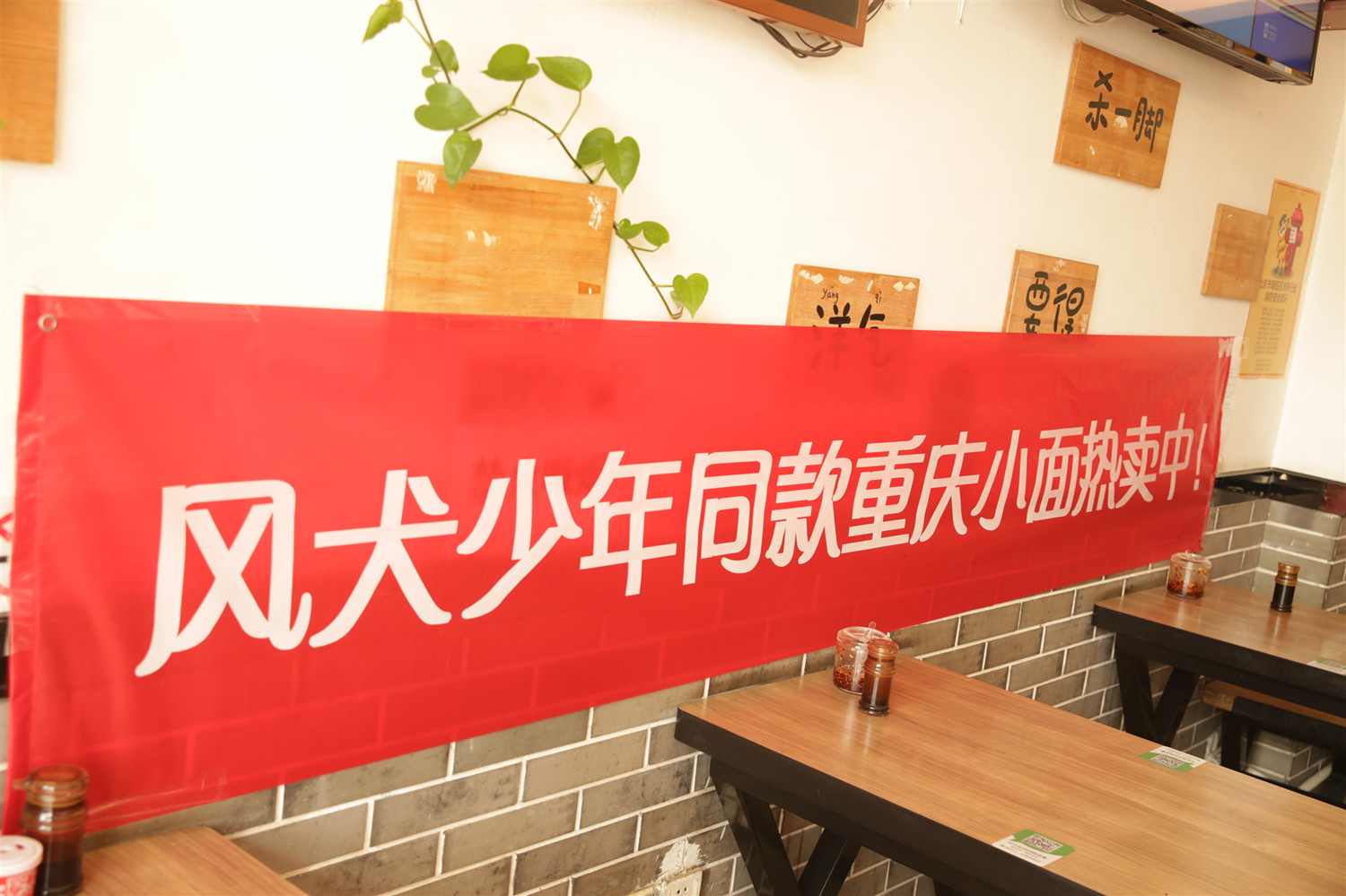 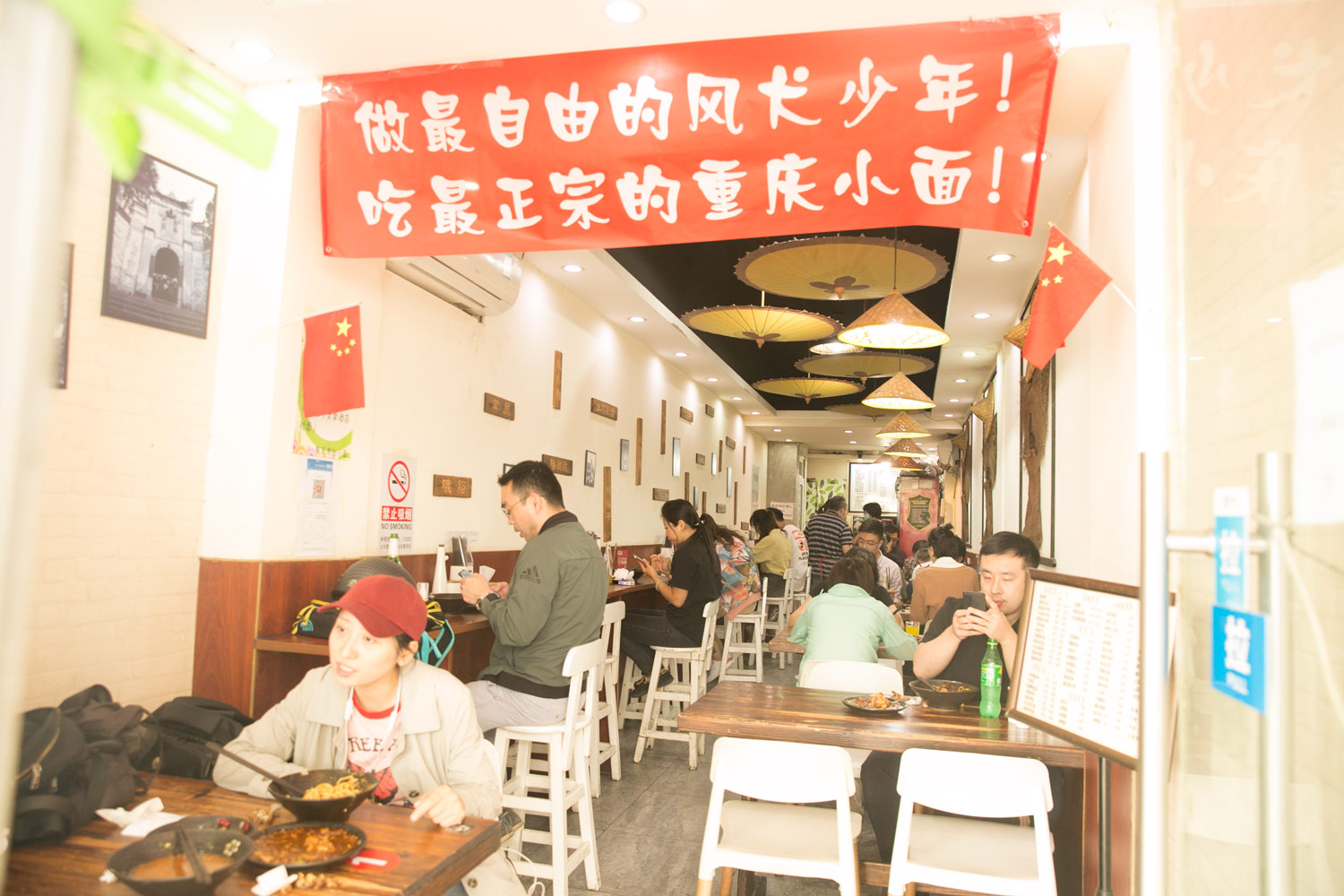 Customers in the noodle restaurant 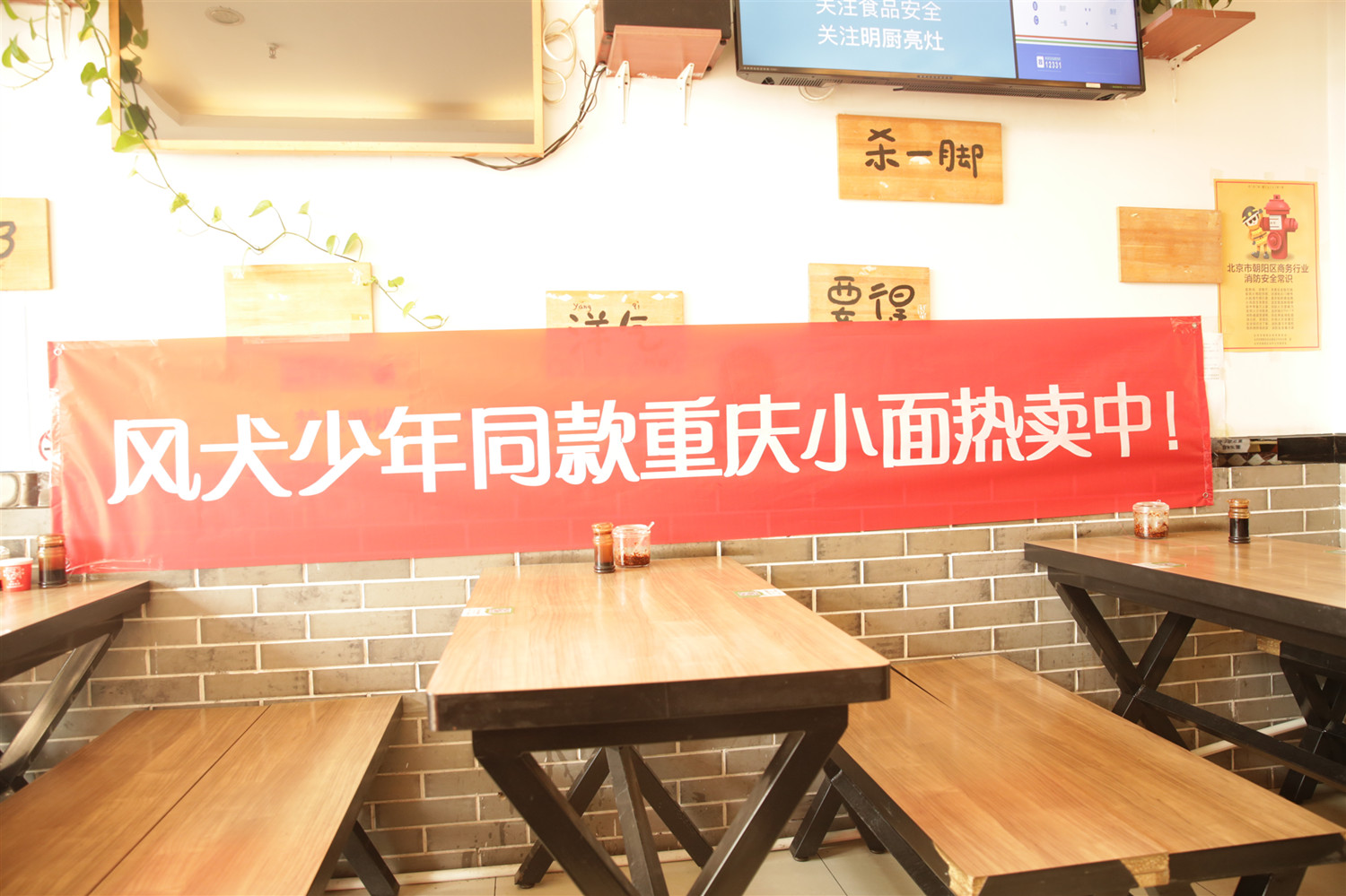 The banner to attract customers