The National Day saw the recovery of Chongqing’s tourism market

During the holiday, Chongqing opened nearly 300 new tourist attractions and scenic spots to the public and released over 120 featured tour routes and a series of tourist-benefiting measures. Some tourist attractions had been upgraded or released a series of activities and discount tickets. All of these measures that had been taken contributed to the continuing recovery of the number of tourists.

According to the statistics, Chongqing’s 253 national A-rating tourist attractions received around 11.09 million visits, which accounted for 86.3% of that in the same period of last year.

With new theme elements such as the Reunion 1980 added to Hongyadong, upgraded Hongyadong received 506,000 visits during the 8-day holiday. Chongqing closed motor vehicle lanes of Qiansimen Bridge to provide more space for visitors to enjoy Hongyadong and Chongqing’s night view. The Yangtze River Cable Way received 120,000 visits, which accounted for 80% of that in the same period of last year. What’s worth mentioning is that a brand-new visitor center has been set up at the Yangtze River Cable Way. The new visitor center applies the smart system to guide the visitor flow, which relieves the waiting pressure and provide more convenience to visitors. Ciqikou Ancient Town received 122,000 visits.

Jinfo Mountain in Nanchuan District and Chongqing Science & Technology Museum received  50,000 and 164,000 visits respectively. A slight increase in the number of visits could be seen in 27 tourist attractions such as the Wuling Mountain Rift Valley in Fuling District, Ronghui Hotspring Town, Hanfeng Lake in Kaizhou District, Nantian Lake in Fengdu County, Wild Grass Scene Area in Shizhu, Chiyoujiuli City in Pengshui, Baidi City in Fengjie County and so forth. Fishing Town Fortress in Hechuan received  85,000 visits, which accounted for 99% of that in the same period of 2019.

What’s more, during the holiday, Lijia Smart Garden became popular among tourists. The number of visits exceeded 20,000 within the first 4 days. According to the introduction, The reservations of all pavilions were full. Visitors came here to experience the edge-cutting smart technology.

The number of visitors staying over in Chongqing registered around 1.90 million

Because Chongqing is a sleepless city, touring the Mountain City at night is a must choice.

According to 2020 National Holiday Consumption and Travel Trend Report by Alibaba, Chongqing’s night view attracted lots of tourists during the holiday, which made it rank the second of the Top 10 Night Cities and become a popular destination for tourists.

The lighting facility supports important areas such as the core area of “Two Rivers and Four Banks,” the surrounding areas of popular scenic spots, roads to the airport, and so forth were ramped up. The city’s duration time of illumination at night will extend for 2 hours. 9 municipal-level art theaters and troupes staged 95 performances like Magic City and Extreme Happiness Shows and received more than 40,000 audiences.

According to the Chongqing Public Security Bureau statistics, The number of visitors staying over in Chongqing registered around 1.9 million, which accounted for 82.2% of that in the same period of last year. 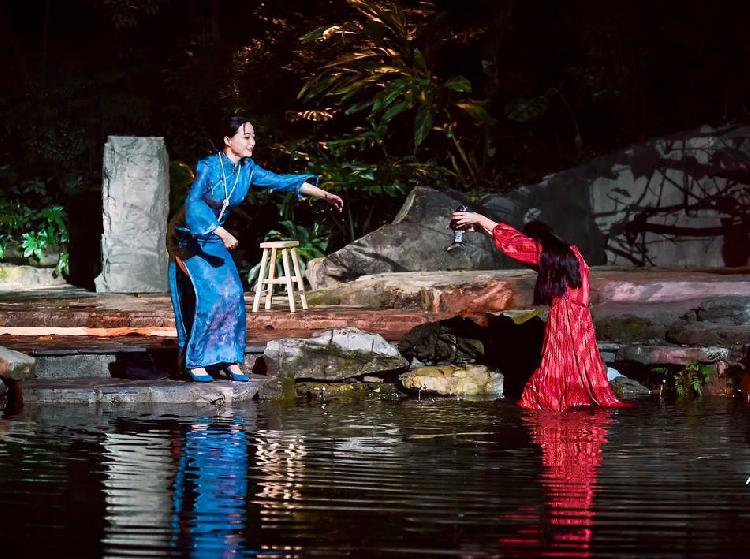 In addition, over 5,400 various activities, including culture & art performances, music concerts, calligraphy, and painting exhibitions, exhibitions of intangible culture items were held by the public culture organizations via the online and offline platforms.

During the holiday, Chongqing Jiangbei International Airport supported 7647 flights, and it received and sent 1.08 million passengers.

To meet passengers’ needs, Jiangbei International Airport coordinated airline companies to open new or add more flight routes such as Chongqing to Shenzhen, Nanchang, Quanzhou, and so forth.

In terms of sales of flight tickets, the portion of Chongqing citizens flying to coastal cities such as Sanya, Haikou，Xiamen, and so forth occupied most.