This year, October 1 was the day when the Wushan Low-altitude Bird’s-Eye View Tour Project was first launched. At 9: 00 a.m., a black helicopter with “Goddess” on its fuselage set off from the helicopter apron of Wushan County Visitor Center and flew all the way to the entrance of Wuxia Gorge, Wenfeng Temple, Jiangdong New Town, and Wushan’s old town. 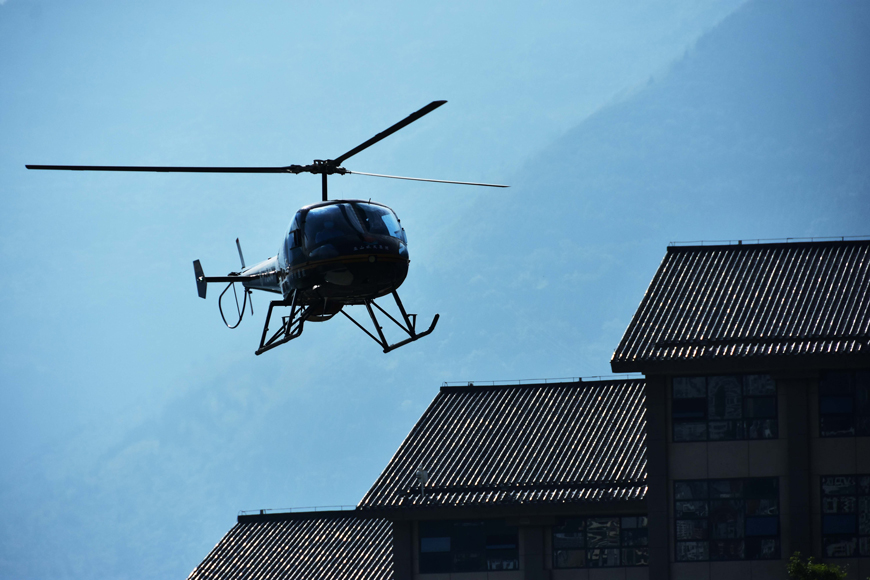 The eco-tourism project in Wushan County added something new during the National Day holiday this year.

This project was jointly set up by Wushan Tourism Development Group and Wushan Jinglv Technology Co., Ltd. After preliminary preparations such as route selection, project research, and helicopter low-altitude tour airspace registration, it has met the conditions for operation. 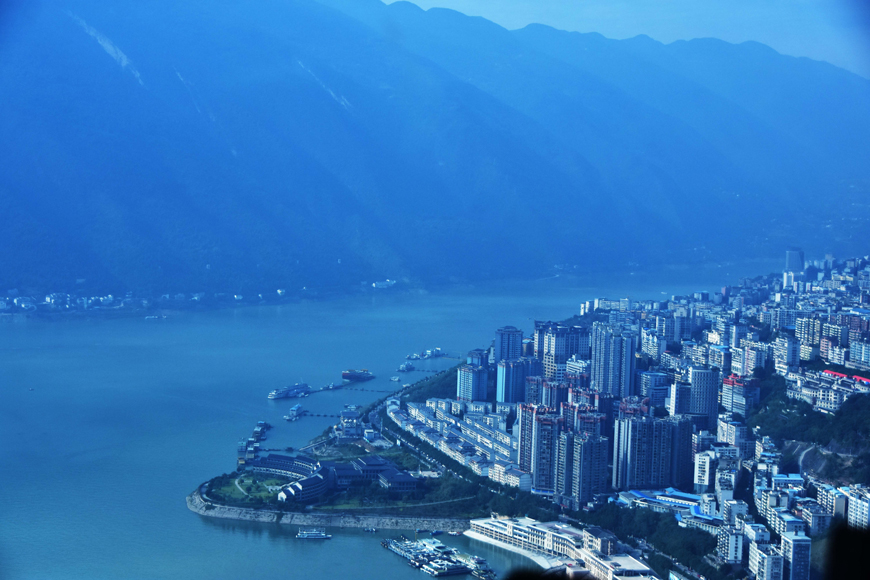 Passengers on the helicopter have a panoramic view of the wide Daning Lake, the magnificent entrance of Wuxia Gorge, and the whole county seat.

Shu Peixuan, general manager of Wushan Jinglv Technology Co., Ltd., said that the helicopter could only carry 4 tourists per trip, and the passenger capacity of each trip cannot exceed 225 kg. The Engstrom 480B helicopter adopted for the project is compared to a super sports car. It is equipped with an excellent turbocharged power system. Each helicopter has a cost of tens of millions. Introduced from abroad, it has become the only “sports car in the air” in Wushan County. The unique tourism landscape it creates in Wushan is the only one of its kind in the Three Gorges area. 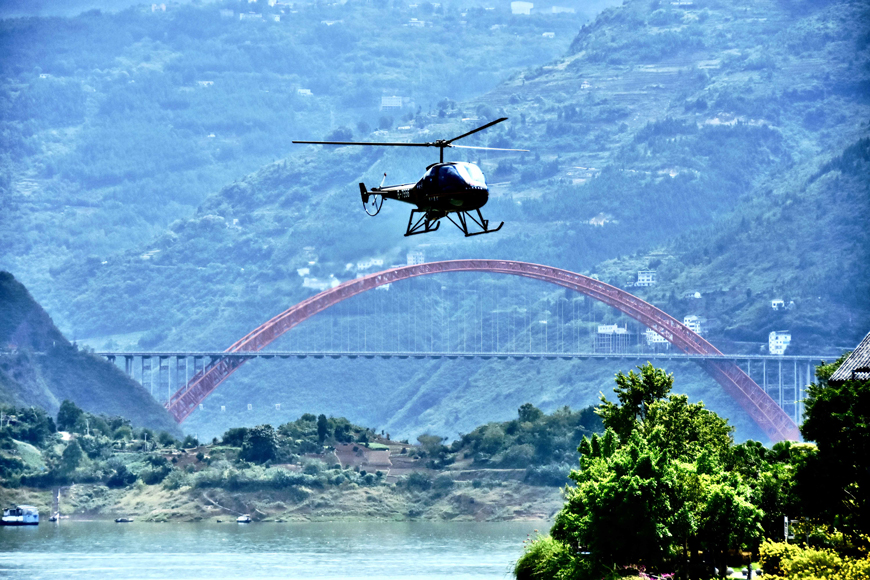 The wings of the helicopter rotate rapidly, letting out a mighty roar.

“The helicopter operates from 9: 00 am to noon and from 2: 00 pm to dusk. It does not serve tourists at noon”, according to Shu Peixuan, experts learned from their preliminary investigations that Wushan has good weather conditions for more than 200 days every year, and has the meteorological and climatic conditions for helicopter low-altitude tours. However, the service will be suspended temporarily, and the helicopter will return to its base in the case of rain or sudden meteorological changes. Relevant contingency plans for safety have been submitted to higher authorities.

Tian Yuanhai, Chairman of Wushan Tourism Group, said that the project, now in normal operation, filled the gap as eco-tourism in Wushan County.