On October 11, D755, a green high-speed train from Chongqing to Xining stood at Chongqingbei North Railway Station. At 13:51 on the afternoon, CR200J, the 160km/h power-concentrated Fuxing EMU, known as the “Green Giant” carrying 708 passengers, departed from Chongqing and arrived in Xining after nine and a half hours. It is also the first time for Chongqing to open this bullet train to Qinghai Province. 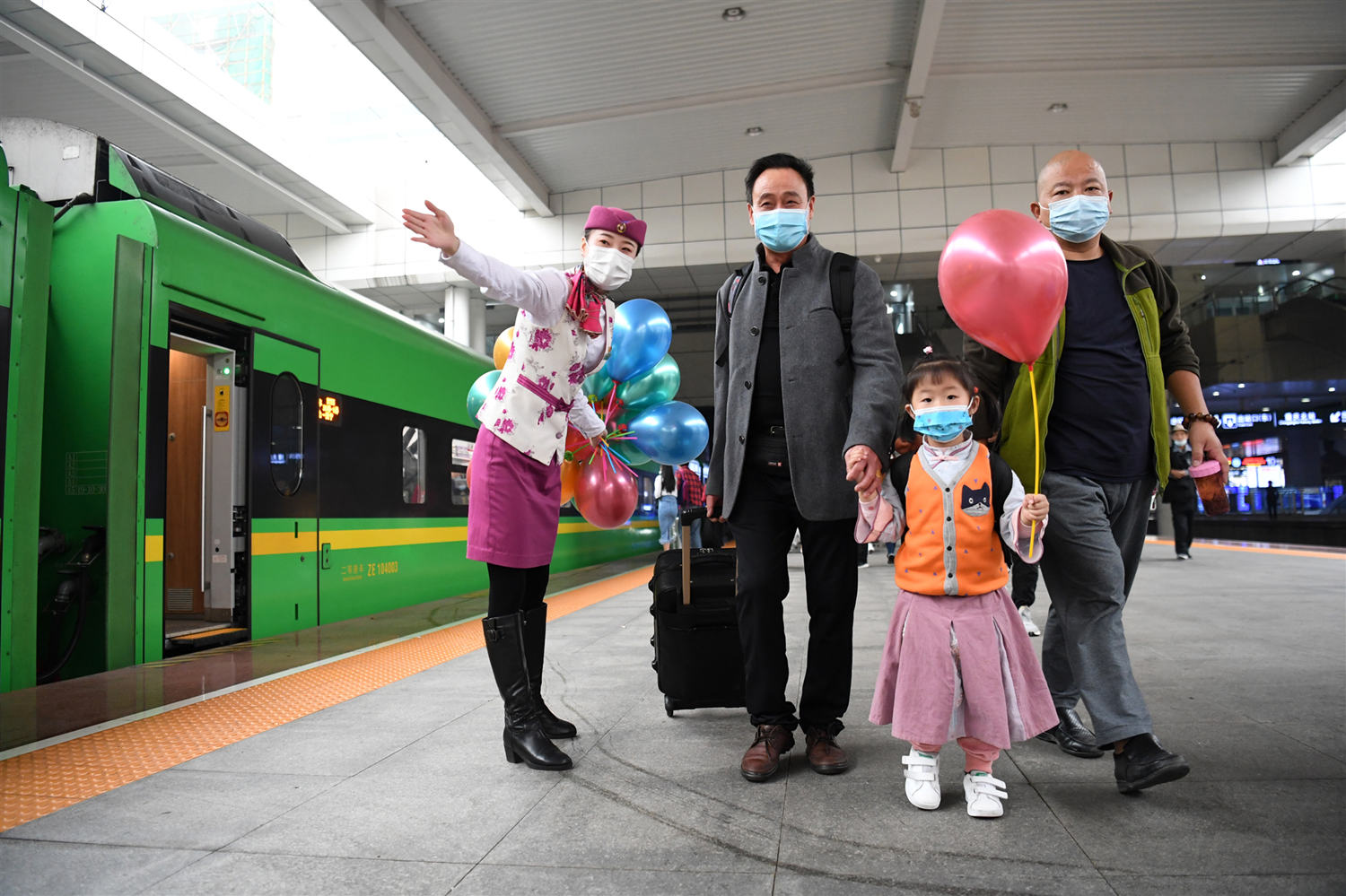 Passengers of the high-speed train

With a streamlined body, the train’s internal service facilities and equipment are identical to other Fuxing EMU series, which is completely developed by China independently. This train is a new one assigned to the Chongqing railway department by the China Railway Chengdu Group in September 2019 and has facilitated citizens around Chongqing since then.

At 13:25, the duty conductor Yang Hanyue came to the platform to greet passengers, together with conductors Luo Shuangjiao and Zhou Zhengyang, dressed in minority costumes and holding photo props, including a picture frame and display board that had been prepared for the trip. Passengers stood beside them and took photos to witness the debut of the train. Moreover, the crew gave out the well-prepared brochure A Pleasant Journey to give passengers a better understanding of the scenery and delicacy along the route, making them feel warm. 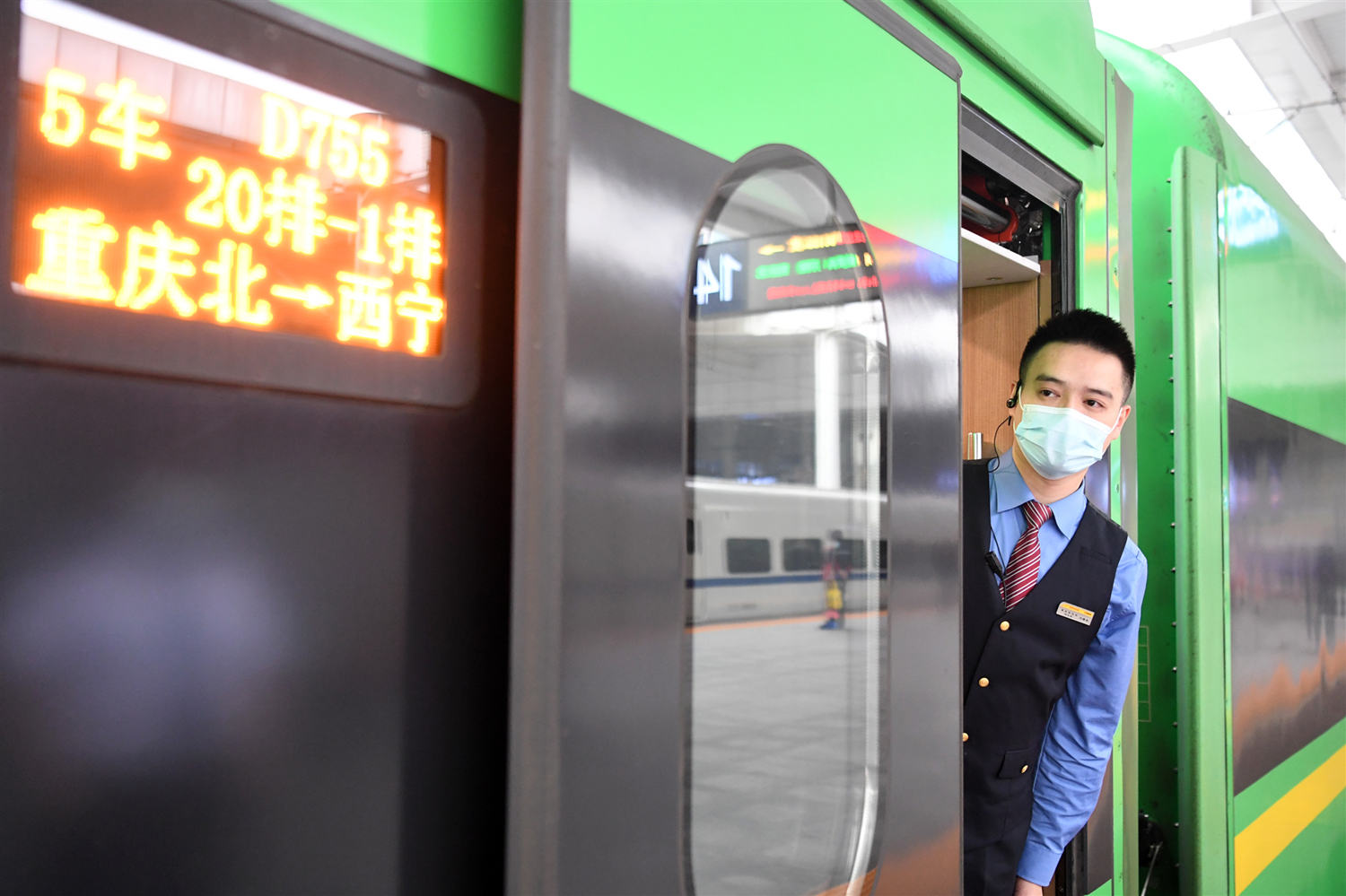 The staff member of the train

According to the relevant staff of the Chongqing passenger section under China Railway Chengdu Group, compared with existing lower speed passenger trains with air conditions, this bullet train is equipped with more complete service facilities and functional facilities, which makes the internal environment more comfortable and convenient, and has greatly enhanced the travel experience. In addition to facilitating the travel of citizens of Chongqing and Qinghai, the bullet trains’ opening will further strengthen the economic exchanges of the two places and promote the tourism and economic development of relevant parts along with the two places.