“Located in the depth of the Wuling Mountain area, Youyang used to have the city’s largest population below the poverty line … It officially withdrew from the national-level impoverished counties’ list this February, with its poverty occurrence rate dropping from a whopping 17.4% in 2014 to a mere 0.5% in 2019.” Youyang’s Party chief Chen Wensen told a press conference Thursday.

Youyang Tujia and Miao Autonomous County in southeast Chongqing boasts the largest area and ethnic minority population in the municipality. It has long been held as a backwater county with perhaps the most arduous task of helping its poor population shake off poverty.

As of the end of 2019, the county saw a total of 149,000 impoverished people lifted out of poverty, with all 130 villages taken off of the impoverished villages’ list. The remaining 35,000 registered poor households now only make up for 0.5% of its total population.

A female farmer picks locally grown fruits on a plantation.

“Next, we will stick to the green and quality development path, focus on the three pillar industries of tea-oil trees, tea leaves, and green Sichuan peppers, aiming to build a national paragon for mountain-based specialty agriculture development,” Chen said. 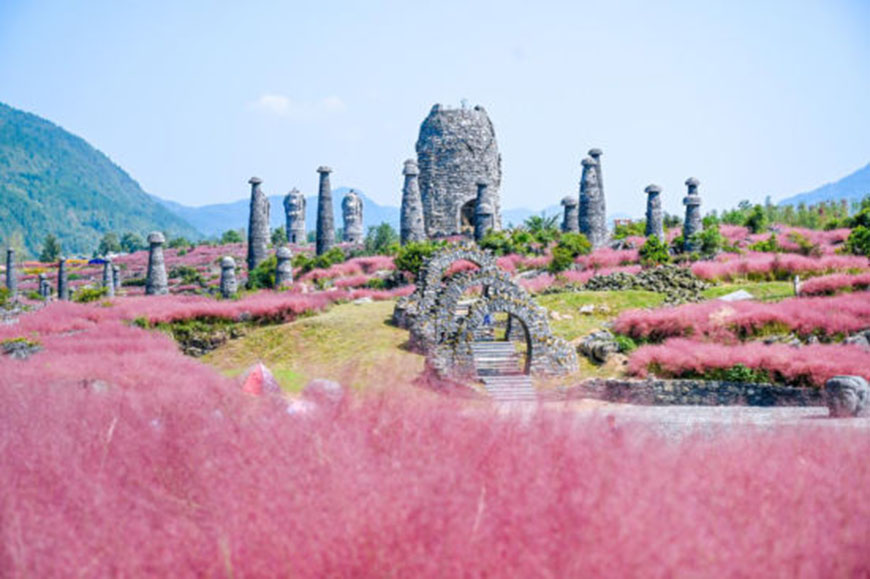 The booming tourism has helped over 50,000 poor people achieve income growth and make a living. Take the recently built Youyang Stromatolite Blossom Valley as an example; it gained almost instant fame on the internet after its first opening and has brought a host of new economic opportunities for residents.