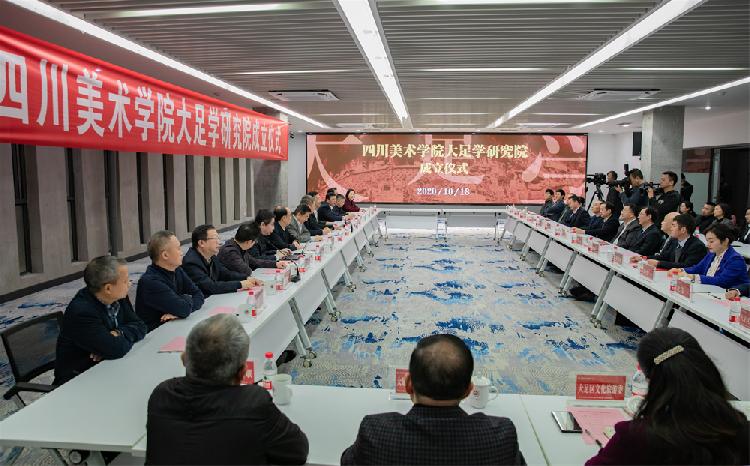 Dazu Rock Carvings is the world’s cultural heritage in Chongqing. It is a masterpiece of the world’s grotto art and a remarkable model of the rich national cultural resources in Western China. Teachers at SCFAI obtained fruits in group studies around the archaeological excavation of art in Bashu grottoes, folk customs of grottoes, and digital restoration of rock carvings; roughly 10 sessions of postgraduate students at SCFAI published a ream of outstanding thesis on Dazu Rock Carvings.

In 2013, SCFAI set up Dazu Study Research Center and was approved to establish the municipal-level Western China Cultural Heritage and Creative Industry Collaborative Innovation Center. The newly-founded Dazu Study Research Institute plans to be centered on the study of Bashu grottoes, with directions including the archaeological excavation of art and study of grotto temples, digitalization of cultural heritage, and study of art heritage and regions. It will strive to develop high-level and versatile artistic talent.

The research institute is expected to carry out the Dazu study-based “Six-One Project.” This involves organizing an international forum regularly, publishing a journal and a series of books, holding lectures and releasing achievements consistently, wooing a slew of scholars, and personnel training scores. With such efforts, it will build a chain involving excavation, conservation, inheritance, and innovation of Bayu cultural heritage and fuel the Dazu study’s international communication and promotion.