Chongqing has become a new destination for film and TV series shooting in recent years. Yibai Zhang, a director adept at telling love stories, stresses that his birthplace is here in Chongqing. “I was born and raised in Jiefangbei,” Zhang said. He produced several films in the city and held Yibai Zhang Chongqing Trilogy Photography Exhibition 4 years ago, which comprised 400 photos. 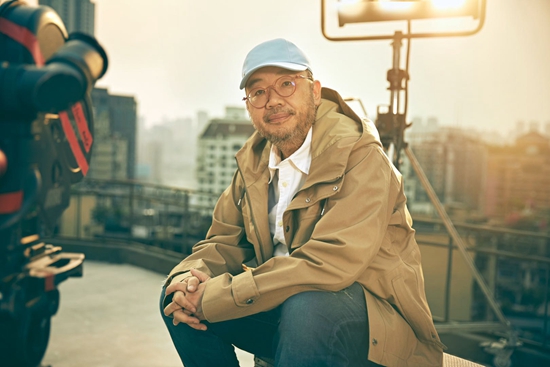 Yibai Zhang, a director adept at telling love stories, stresses that his birthplace is here in Chongqing.

Zhang summarised the relationship between his Chongqing Trilogy and the city: Curiosity Kills the Cat compared the new and old Chongqing; Lost Indulgence recorded the industrial heritage; I Belonged to You integrated the fashionable world with local lives.

When directing Run For Young, a youth drama released on Bilibili, Zhang moved his alma mater, Chongqing No. 29 Middle School, located in Jiefangbei, to the screen.

The director’s memories of Chongqing were woven into that drama series. He said he wanted to make another film, telling love stories happened in the city of Chongqing.

Zhang thought, “I grew up in Chongqing. If a director films a city where they had ever lived, such a place could shine differently. For example, I believe Chongqing is a perfect carrier for romantic or local stories, as it has been intriguing ever since its establishment.”

“Chongqing needs directors who really understand it. They might be raised or at least lived in the city once, rather than those who just come here for shooting sites,” he laughed.