Chongqing's Highest Peak Will Make You Cry Out in Wonder

Chongqing Yintiaoling National Nature Reserve is located in the northeast of Wuxi County 1,900 meters above sea level and covers 224 square kilometers. Its main peak, 2,796.8 meters above sea level, is the “most well-known of its kind in Chongqing.” As one of the few primitive forests in Chongqing, it boasts abundant wild animals and plants, and other rare and endangered species, making it a “gene pool for natural species.”

There are five wild animal species under first-class national-level protection, such as Sichuan golden monkey, clouded leopard, forest musk deer, and 33 species under second-class such as goral and golden pheasant.

A total of 250 infrared cameras have been installed in the wild in the reserve since 2015 for finding out the distribution of this rare and lovely wildlife. Let’s have a glance at these lovely animals! 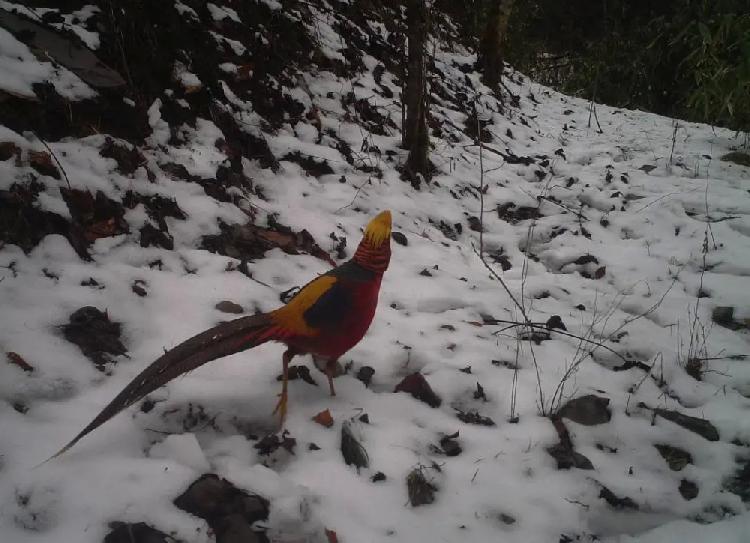 It is a wild animal under second-class national-level protection. The female one is covered with an inconspicuous brown color similar to that of the surrounding environment and thus protective.

In contrast, the male golden pheasant is gorgeous with colorful plumage. The male does a lot of displaying for courtship with this bombastic look. 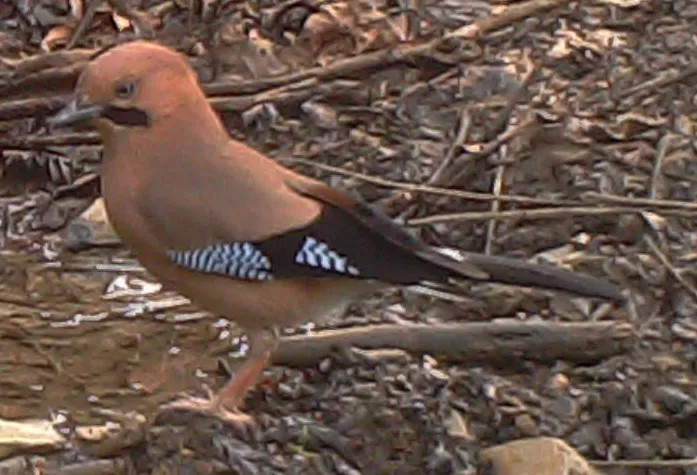 The shallow puddles in the forest attract jays. They come here from time to time to quench their thirst or bathe. The jay is fluffing up and beating the water. It feels mad with joy by the splashes. Emotionally appealed, his companions are drawn to the water. It is a scene full of joy and passion. 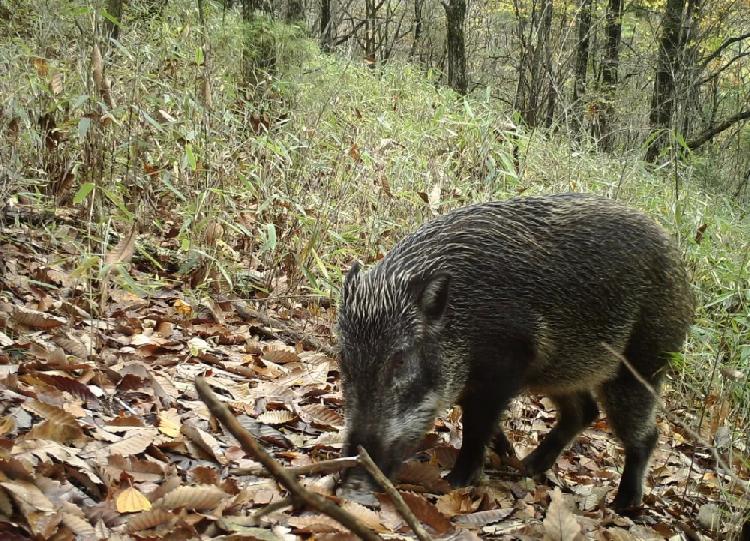 Wild boars are terrestrial wild animals under national-level protection and important ecological, scientific, and social values. Known to have a voracious appetite, they are really “working hard” in foraging. Deep in the dense forest, a wild boar paces around, unaffected by the weeds.

The forest is covered with snow in winter, and the mane of the wild boar helps it keep warm like a sweater. With the mane, it can look for food leisurely on the frozen and snow-covered land. 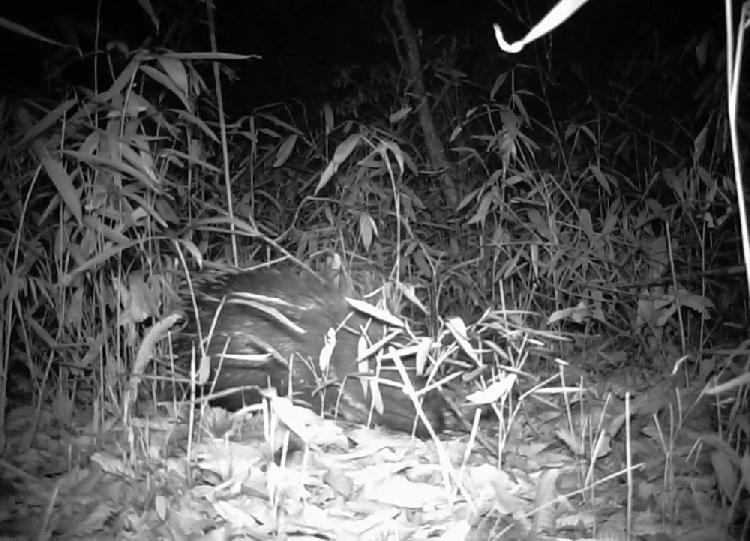 Chinese porcupines are terrestrial wild animals under national-level protection and important ecological, scientific, and social values. The Chinese porcupines are coming out at night. The hollow spines behind their backs evolved from body hair and, like sharp swords, serve as weapons to protect themselves when in danger.

Chinese porcupines often inhabit hillside grasslands, shrubs, or woods. They deal with branches that block the way by different means. This porcupine pauses for a while and then goes under the branches. The other one strides over. 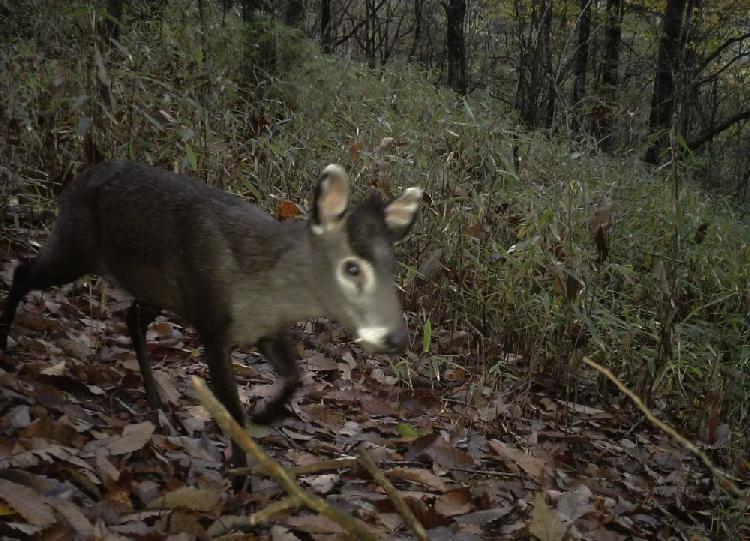 Tufted deer are terrestrial wild animals under national-level protection and important ecological, scientific, and social values. They were included in the Red List of China’s Vertebrates in 2016 as vulnerable species.

The tufted deer also goes out at night. It sometimes raises its head to look around and sometimes pricks its ears to listen. Its nose flaps quickly, sniffing the smell of food. It searches for food carefully in the jungle. 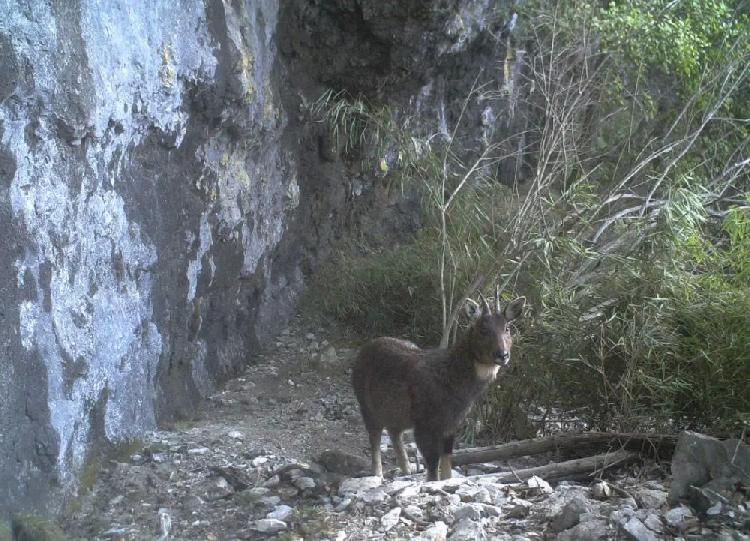 Chinese goral is a wild animal under second-class national-level protection. They were included in the Red List of China’s Vertebrates in 2016 as vulnerable species. This one is eating the bamboo leaves with its chin up, concentrated yet alert. Chinese gorals tend to inhabit steep and rocky mountains and feed on grass, shrubs, leaves, and fruit. In the forest with high complexity, the Chinese gorals always stay alert.

They are paying attention to their surroundings and changes while walking or standing. As Chongqing continues to strengthen ecosystems’ protection and restoration, more wild animals and plants are expected to inhabit, multiply, build nests, and thrive on this land.