Chongqing- The 3rd China-Singapore (Chongqing) Connectivity Initiative Financial Summit (CCI-FS 2020) will continue to be cohosted by Chongqing and Singapore from Nov. 23 to 24 this year, and will take place at the Yuelai International Convention Center in Chongqing and a sub venue in Singapore simultaneously, according to a press conference of the Information Office of Chongqing Municipal People’s Government Tuesday. 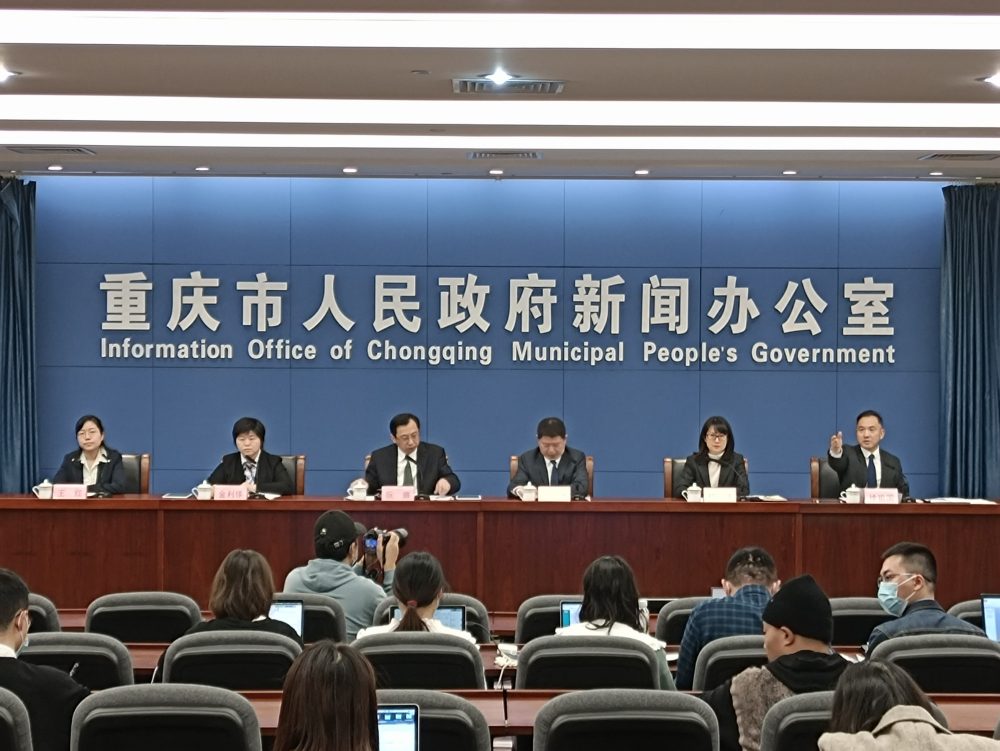 “Since its first edition in 2018, CCI-FS has increasingly become an important platform for Chongqing to seek financial exchange and cooperation opportunities with Singapore and other ASEAN countries, and an emerging name card of the city’s financial development and opening-up,” said Ruan Lu, director of the Chongqing Local Financial Supervision and Administration Bureau, at the press conference.

Continuing to successfully hold CCI-FS for the third edition is of greater significance and has much broader implications than before, especially at such a conjuncture of the 5th anniversary of the implementation of CCI and the 10th anniversary of the establishment of the China-ASEAN Free Trade Area, according to Ruan.

“This year’s China-Singapore Financial Summit will have the triple merits of ‘being the most upscale and influential,’ ‘with the spirits of reform, innovation, and foresight,’ and ‘being open-minded, pragmatic, and focused on long-term results,’” added Ruan.

For one, more than 200 VIP guests will be invited to join discussions with industry leaders from the academia, the financial sector, and the business world, including presidents of central banks and senior executives from 10 countries, as well as leading officials, entrepreneurs, and directors of national financial institutes from 12 provinces, autonomous regions, and municipalities. There’s no doubt that this year’s event will be more upscale and with more international influence than its previous editions.

For another, a series of special symposiums, sub-forums, and closed-door meetings will be held to discuss the new “dual circulation” development pattern which addresses both domestic consumption and international trade, as well as the construction of the Chengdu-Chongqing Economic Circle in a new era. Obviously, more attention will be paid to the reform and innovation of the country’s economic structure at this year’s event.

What’s more, the 1st annual meeting of the “China-Singapore Financial Consultation Experts Society” will also be co-hosted by the Chongqing Municipal People’s Government and the Monetary Authority of Singapore during the two days, in a bid to further materialize the achievements made under the China-Singapore financial cooperation framework. A series of specially designed “cloud signing ceremonies” are also expected to encourage more bilateral collaborations in the sectors of financial services, aviation, logistics, and information technology.