Throughout the history of Chengkou, the county has suffered extreme poverty due to the highly remote and inaccessible mountain terrain, devoid of the most basic infrastructure that included roads, water, electricity, and communications.

In line with instructions set out by General Secretary Xi Jinping in regards to achieving poverty alleviation, the local authorities have overseen a miraculous transformation of Chengkou from an impoverished backwater of isolated communities into a land of prosperity coveted by tourists who flock to escape the summer heat and satisfy their yearning to experience the snow-covered mountain scenes of winter.

As of present, 11,386 households have risen out of poverty, with 764 people from 220 households remaining. All 90 formerly impoverished villages have achieved poverty eradication, with the poverty incidence rate has fallen to 0.42%. The satisfaction level of Chengkou residents has attained 98.47%, with zero households or individuals overlooked or erroneously presented in the findings. 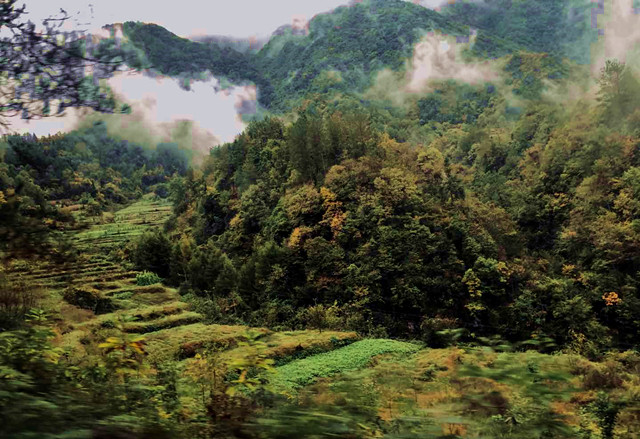 The village communities in Chengkou were long impoverished due to their extreme isolation in this mountainous county. However, these natural resources have been transformed into a rich source of income from cultural tourism.

In terms of the policy of Two Non Concerns and Three Guarantees, a fundamental aim was to decisively resolve the question of education, medical care, and safe housing.

Since the year 2014, when impoverished students numbered 17,500, there has been an investment of one billion Yuan into the renovation, expansion, and new construction of educational facilities, which has eradicated disadvantaged schools’ phenomenon.

At the same time, an education subsidies program has benefitted nearly 200,000 formerly impoverished students, with a total of 144 million Yuan.

To raise the quality and range of education available for local students, prestigious institutions such as the Affiliated Experimental Middle School of Chongqing Normal University and Shanghai Tking Vocational Education Center have been introduced into Chengkou.

A system has been implemented that encourages students to receive education whilst minimizing dropout rates. The additional collection service for children with special needs has allowed for no student being left behind. 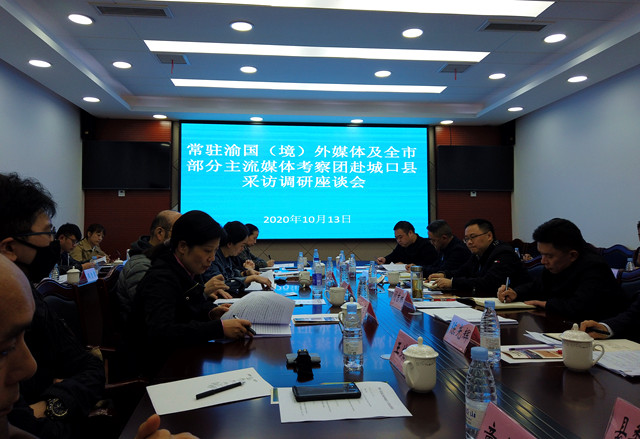 We learn about the latest poverty alleviation achievements in Chengkou City before traveling to witness the results for ourselves.

In the case of medical guarantees, Chengkou had one middle second class hospital to serve the whole county in 2014, while only 71.2% of village clinics met basic standards. In total, the rate of healthcare accessibility was 75%, leaving a sizeable population unable to receive consultations.

Medical access has increased to 96.85%, and all county residents are eligible for a health insurance scheme that has already helped over 60,000 patients. Medical expenses are universally settled post-treatment, and eligible patients cover only 9.78% of in-patient bills themselves and 19.5% for out-patient visits.

In the case of safe housing, a team was set up to identify and survey the structural integrity of 22,078 rural households in the county, 5887, classified as being in a dangerous state of repair. In response, a total of nearly 90 million Yuan was earmarked to renovate the properties and ensure that all households now live in buildings fit for purpose.

Taiping Village is set amongst a picturesque valley in the Chengkou countryside blessed with a mountain backdrop of drifting clouds, the sound of water rushing down creeks, and neatly tended fields brimming lushly in autumn color.

From the road a few kilometers outside of Taiping, the elegantly decorated façade of Qingshuliang (Green Tree Rafter) Guesthouse sits beyond an attractive walkway that leads to the renovated home and business of Mrs. Wang Shicui.

In 2018, she applied for a low-interest government loan of 50,000 Yuan that she used to open a country guesthouse in part of the family home where she continues to live. The local government also supported her by carrying out a 40,000 Yuan refurbishment to the property that greatly enhanced the external appearance and interior décor. 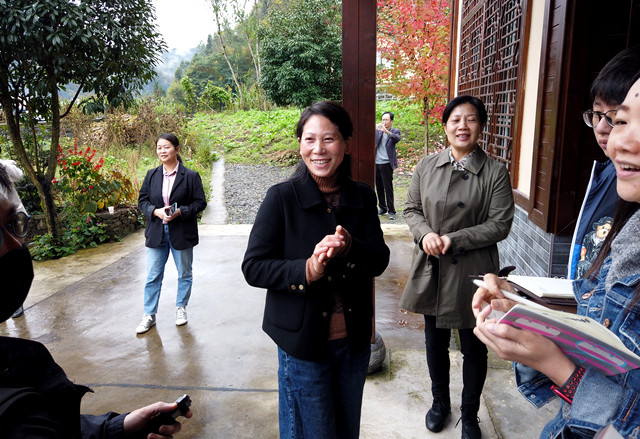 Mrs. Wang Shicui shows visitors around her home and guesthouse before sharing her personal story of poverty eradication.

While the local government covered the refurbishment, low-interest loans are repaid over a period of three years, and the recipients are responsible for repaying the capital in monthly installments.

Since he opened the guesthouse, where visitors come for food, leisure, and even overnight stays, the flow of customers has been steady as of the Labour Day Holiday and throughout the summer months, which are the peak tourist season as people travel to Chengkou to enjoy the scenery and cooler weather thanks to the relatively high elevation.

The majority of visitors come from the local region, such as the main city of Chengkou and Chongqing, Wanzhou, and neighboring areas in Sichuan Province.

When business is good, Mrs. Wang Shicui can earn around 20,000 Yuan per month from her guesthouse business. At the time of asking in mid-October, a room costs the equivalent of around 20 US dollars per night. 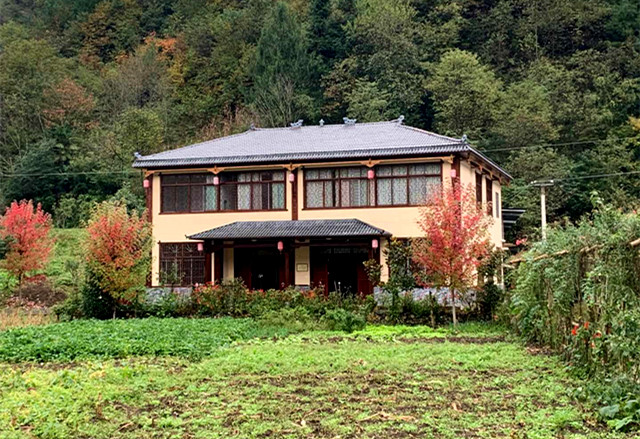 The rural guesthouse of Mrs. Wang Shicui lies amongst the picturesque surroundings outside Taiping Village.

During the busiest times of the year, she employs local villagers to help run the guesthouse, and her son also plays a role when he isn’t at school where he lives in the campus dormitory.

Crucially, outside of the main tourist season, Mrs. Wang Shicui and her husband have a number of options available to remain economically active for the rest of the year.

Right next door, there is a large scale cultivation base for flower mushrooms, a major agricultural and poverty alleviation product of Chengkou, where locals may choose to work for an hourly rate.

Mrs. Wang Shicui also grows corn, potatoes, as well as raising pigs, chickens, and other livestock. A major selling point of country guesthouses like hers is that all the food is grown organically in the local area, which reduces costs and reassures customers over safety and nutrition.

While her husband still works as a laborer in another province throughout the year, the household can remain economically active in all seasons, and a combined income of around 150,000 Yuan per year means that days of poverty are long behind them.

While a great revitalization has taken place in formerly impoverished rural areas, a common difficulty in the case of agricultural poverty alleviation has been the ability to reach out to a wider customer base that wishes buy agricultural produce. 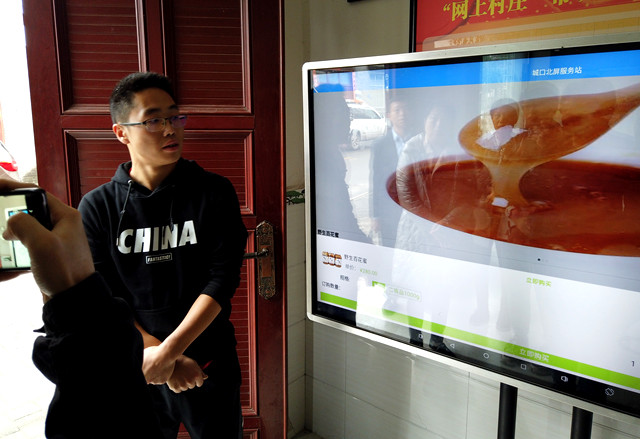 Mr. Long Yunhai demonstrates his online sales platform that helps local villagers sell their products. He also described the practical challenges they are working to resolve.

In the early stages, local officials helped farmers with publicity through social media and live promotional broadcasts where the audience can order products easily caught on soon after.

However, the need for systematic and effective channels for publicity and sales has led to the widespread creation of rural e-commerce platforms, which allow local farmers to access a nationwide market to sell their products.

While the local government first established an e-commerce website for Taiping Village back in 2017, Long Yunhai developed his own online platform to display local products and offer netizens the opportunity to buy them immediately.

As visitors examined and tasted the physical displays of popular agricultural products from Chengkou, including organic flower mushrooms, honey, walnuts, dates, and bamboo shoots, Mr. Long Yunhai explained some current limitations that local producers are yet to resolve. 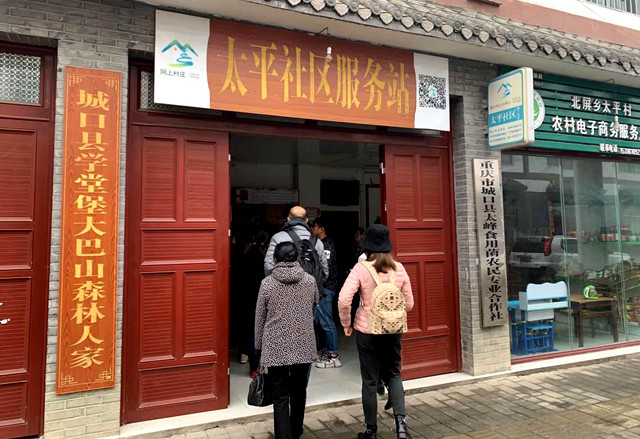 ‘We haven’t joined the platforms of Taobao and BOE because the process of obtaining quality assurance certificates is extremely complex, and local producers generally don’t have the resources or know-how to apply. For that reason, my platform sells within the borders of Chongqing Municipality.’

‘On the issue of quality assurance, I am familiar with all of the producers and know where the products originate from. I don’t sell products on my platform if I don’t have personal knowledge or experience with them.’

‘The prices on offer are very competitive due to a number of reasons. One is that since the products are not branded or use commercial packaging, outlays beyond the product itself isn’t very high.’

‘Secondly, the operating costs of the website are very low, and sometimes I just pass on orders when people respond to Wechat newsfeed posts, in which case there’s virtually no intermediary cost at all.’

‘Ultimately, the largest obstacle is supply and demand. The scale of agriculture in Chengkou is naturally limited by the climate and terrain, which means we can’t produce in the same quantities as do neighboring counties. As a result, the low amount of production makes the cost of obtaining quality certification unviable, which in turn prevents us from selling at a more ideal price.’ 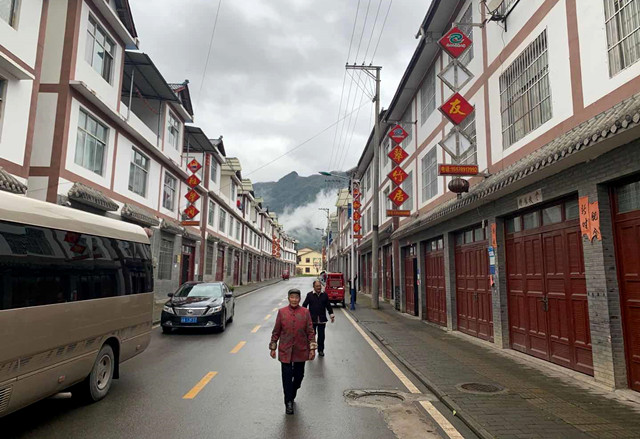 Taiping Village is now conveniently linked with the outside world, an important factor contributing to successful poverty alleviation.

‘Nevertheless, the quality is undoubtedly very high, and providing the locals can at least earn a basic income, they are content for now.’

‘It is our hope that through further government cooperation, we’ll be successful in commercializing the products of Chengkou, so that consumers nationwide recognize their quality and value, thus allowing us to sell at a more advantageous price.’

While there is still a long path ahead, the achievements in poverty alleviation in Chengkou, formerly one of the most remote and impoverished counties of Chongqing, has brought a miraculous change of fortunes through infrastructure, social safety nets, and rural revitalization, where local populations are finally able to take fate into their own hands, and build a more prosperous future through graft and enterprising spirit.

Now, it is safe to say the natural endowments of Chengkou are no longer a cause of isolation, but a long term source of health and prosperity.