Chongqing- Zhongxian is a county in the Three Gorges Reservoir’s hinterland surrounded by mountains and rivers in Chongqing， SW China. Cultural tourism is booming in Zhongxian County thanks to the Three Gorges Reservoir Centre and Yangtze River-scape. The idyllic scenery, historical culture, and pristine ecology have shaped a waterfront city suitable for living, business, and tourism.

The Yangtze River passes through the city and turns a bend of nearly 180 degrees to form a heart-like shape. The riverbanks are sheltered by the green mountains of Maoer and Fangdou, which give the impression that Zhongxian is part of the river and mountain scenery.

Huanghuaxian Island lies sleepily amidst the river like a heart in a scene that defies words. Meanwhile, the lone hill fortress of Shibaozhai stands magnificently like a bonsai amongst the river-scape. 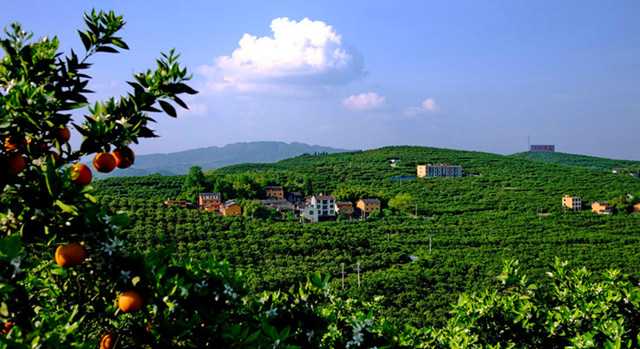 The fragrant Zhongxian Orange Sea stretches to the horizon.

Zhongxian has 7 main scenic areas that line the flourishing Yangtze that meanders through the county like a dragon. On either bank are the attractions of Shibaozhai, Three Gorges Orange Sea, Huanghua Island, Duzhu Peninsula, Three Gorges Bay, Three Gorges Old Street, and Baigong Temple.

For millennia now, the legends of Ba Manzi, Ganning, Qin Liangyu, Luo Guangbin, and Yang Hua have passed through generations to form a deep reputation for loyalty in Zhongxian.

Ba Manzi was a Ba Country general who promised the State of Chu three cities in return for military enforcements to quell a rebellion. Later, unable to bear seceding the cities out of loyalty for his homeland, yet bound by honor fulfill his word, he had his head delivered to the Chu in a courageous act of self-sacrifice.

Zhongxian has firmly implemented the concept that the ecology of mountains and waters are a source of wealth. To make good use of ecological and cultural treasures, the Chongqing Municipal Party Committee and Government have promoted the deep integration of urban landscapes, agriculture, cultural tourism, and green development to establish high-quality destinations in the Three Gorges Golden Tourism Belt. 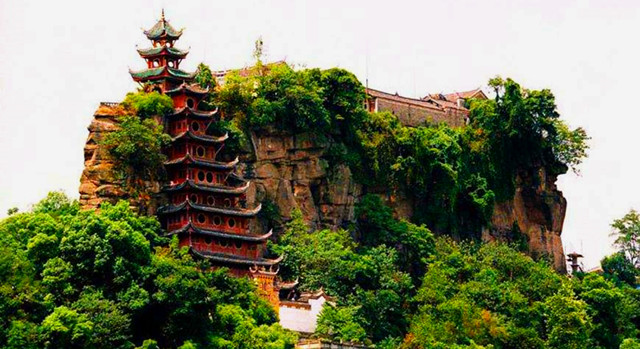 Shibaozhai is a fortress and a source of the divine legend in Zhongxian.

Shibaozhai Fortress has undergone an expansion and upgrade to become a 5A rated scenic attraction. The Three Gorges Orange Sea has become a new paradise amidst the reservoir area. Huanghua Island is now a cultural and ecological pearl home to a national archaeological park. Duzhu Peninsula features a beautiful riverside village that highlights the natural charm of the reservoir area.

Three Gorges Harbor has relied on the Fengyan Three Kingdoms legend and a modern e-sports town to build a national tourist resort. Zhongzhou Old Street is the only remaining old street in the county. Baigong Temple Cultural and Museum Scenic Area rank among the nationally rated 4A scenic spots, while the newly built Baigong Ecological Park welcomes guests from all over the world.

Smooth and convenient transport links make travel to and from Zhongxian a highly pleasant experience. The Yuwan High-speed Railway, the Liangshi and Yanjiang Expressways, and the local airport have greatly increased the accessibility of Zhongxian. Since the Reservoir Tourist Distribution Center was opened, the riverside avenue and water bus now smoothly connect the scenic attractions.

Cultural tourism is booming in Zhongxian County thanks to the Three Gorges Reservoir Centre and Yangtze River-scape. The idyllic scenery, historical culture, and pristine ecology have shaped a waterfront city suitable for living, business, and tourism. 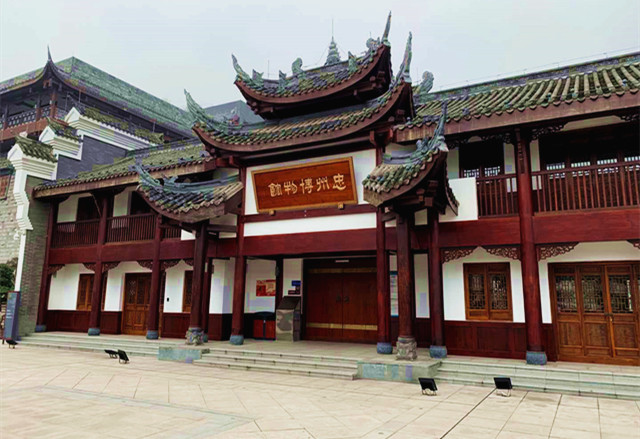 Baigong Temple is a 4A rated tourist attraction and important cultural relic protected at the municipal level. The park features one of two ancestral temples of the famous poet Bai Juyi and their scenic spots, including the Sixian Pavilion, Longchang Temple Lotus Pond, Mulian Garden, and Letian Poetry Gallery.

On a visit to Baigong Temple, people can admire the rare flowers, climb the steps of Zuiyin Pavilion to overlook the mountains and feel the river breeze and pay homage to the great Tang Dynasty poet.

The Three Gorges Orange Sea is home to Tujing Township, where 10,000 mu of orange groves stretch far into the distance and are renowned for both flowering and bearing fruit at the same time, referred to affectionately as father and son trees. When the mountains and wild oranges bloom a golden yellow, the Three Gorges effuse an intoxicating allure where visitors lose sight of the road home. 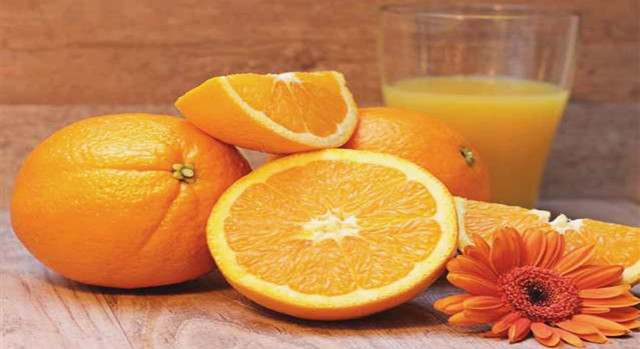 Zhongxian oranges are famous for their full-bodied, juicy taste.

Shibaozhai Fortress is a 4A rated tourist attraction and nationally protected cultural relic. It is known as the River Pearl, one of the Eight Building Marvels Worldwide, and has also been included among the New Twelve Scenic Spots of Bayu.

The solitary peak now stands out of the water in the shape of a jade seal, and legend says creator goddess Nuwa left the rock as she filled the sky with stones, hence the name of Shibao, meaning precious stone. At the end of the Ming Dynasty, the peasant leader Tan Hong organized a revolt and used Shibao as a fortress, which led to the current name of Shibaozhai.

The Zhailou Temple was built upon Shibao during the Wanli period of the Ming Dynasty over 400 years ago. The wooden structure towers into the sky without nails or rivets, while inscriptions, caves, portraits, and Buddhist legends add to the mysterious appeal and ornate simplicity. 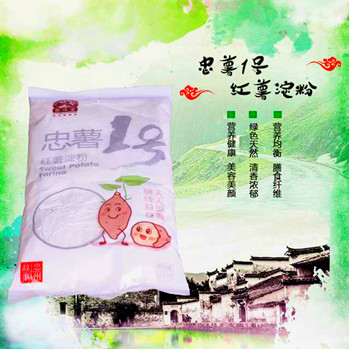 The Fengyan Three Kingdoms Attraction features the must-visit locations of Zhongyi Gate, Dingzu Square, Han Palace Theater, and Wusheng Temple. The core product is a large-scale landscape re-enactment from the Romance of the Three Kingdoms, which is listed among the top ten featured performances in Chongqing, and the first themed on ancient battles. 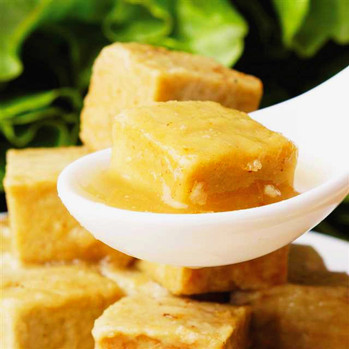 The fermented bean curd of Zhongxian has a unique flavor.

The show incorporates cultural elements such as song, dance, rituals, music, poetry, courtyards, folklife, war other scenes. There is a starkly vivid image of the loyalty god Guan Yu, who presents this wonderful epic of heroic characters steeped in righteousness and spirit of Chinese loyalty. The majestic and thrilling push the limits of audiovisual experience and remain long in the memory of audiences.

Sweet oranges in Zhongxian County have been grown here for over a thousand years, and the Zhongcheng brand is a regional trademark of citrus fruit. There are over 10 juicy varieties that are full in body and bright in color. Anyone who has tasted the oranges of Zhongxian County lavishes them with praise.

Fresh Parsons Orange Juice is the first NFC product made in China. The whole process from picking to packaging is completed within 24 hours so that the final product is 100% natural, fresh, and pure. 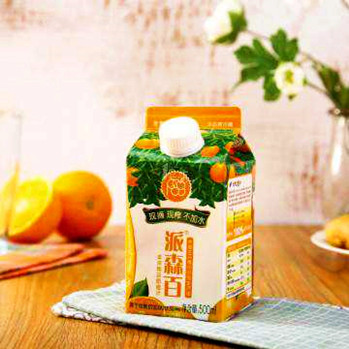 Zhongxian orange juice has a swift production process to maintain a fresh taste without any additives.

Zhongzhou Fermented Bean Curd was first made in the Tang Dynasty and had a culture of over 1,200 years.

The Shibaozhai brand uses a micro-organism unique to the country, derived from the mold cultures ever since the Qing Dynasty and produces the unique flavor of this fermented bean curd.

Zhongweitang vermicelli is a local folk culture product that now goes through a fully automated process without additives, preservatives, or food colorings. Once prepared, the texture is moist, delicious, soft, and smooth.

This series of agricultural snack products won the bronze prize in the Chongqing Gift Value and Culturally Innovative Products Competition.