Chongqing- In recent years, Wulong has focused on the integration of cultural tourism and high-quality development centered around Fairy Mountain, Baima Mountain, and rural tourism. 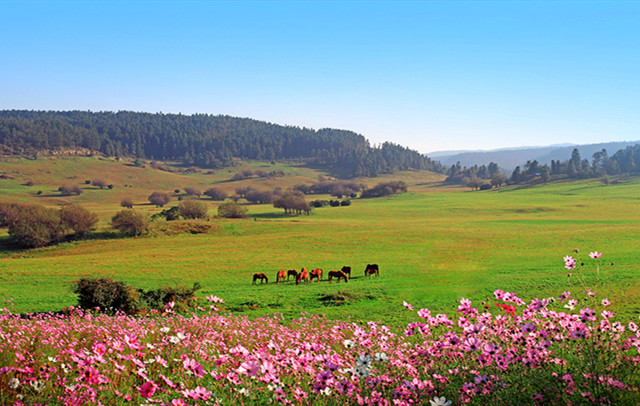 The expansive grasslands upon Fairy Mountain.

Wulong is endowed with stunning natural landscapes and intriguing stories that carry dreams for the future. The district is aiming to create a world-renowned tourist destination with strong international appeal.

In 2007, the karst landforms of Wulong joined the ranks of the Yunnan Stone Forest Libo in Guizhou to become a World Natural Heritage Site. 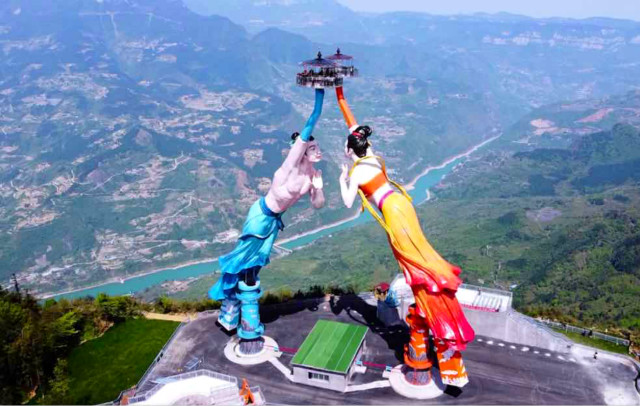 Tianchi Love Scenic Spot features the newly built Flying Kiss sculpture inside the national 4A rated attraction of Baima Mountain. In addition to expansive virgin forest, azaleas, wetlands, there are many cultural landscapes such as the Tianchiping Tea Sea, where people can experience about ancient salt tea and Gongcha culture.

Furong Cave is renowned for having a complete range of sediments and forms that are pure in texture. It has been praised as the king of caves by the World Cave Association, and the Chinese Academy of Engineering stated that Furong Cave possesses the greatest aesthetic value, while former president of the Chinese Cave Research Association spoke in praise of how Furong Cave is a splendid underground palace of art. 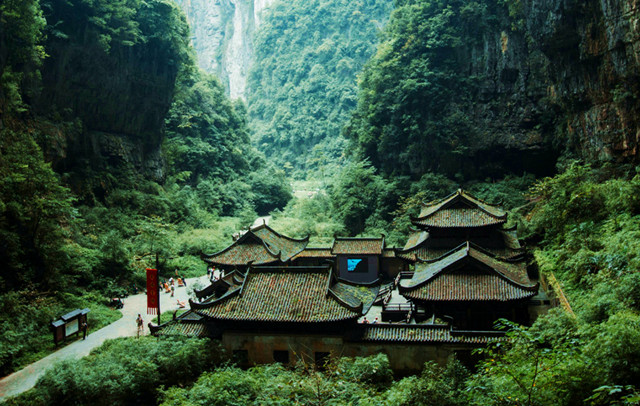 Wulong was founded in the second year of Tang Wude, 1402 years ago, and enjoys a profound cultural heritage. The district is home to 1,510 immovable cultural relics, ranking second in the municipality, while 4,000 cultural relics are on display in museum collections, the highest number in southeast Chongqing.

The newly completed Laiba Dadi Art Resort on Fairy Mountain is a palace of art that demonstrates the international quality of Wulong. Many top artists from across the world display their magical creativity here, and who leaves behind a wealth of stunning artwork. 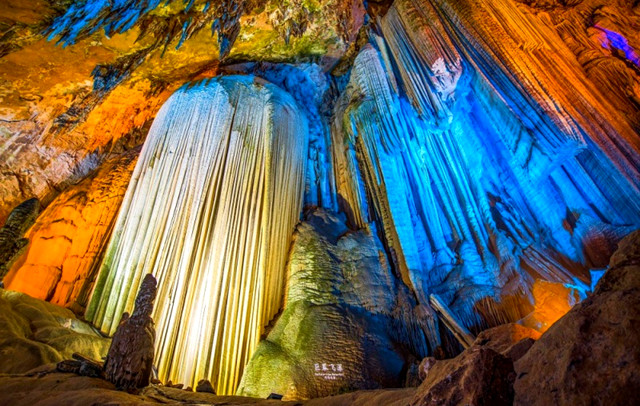 In 2018, Japanese artist Akira Matsumoto was invited to Laiba to share his thoughts, following in the footsteps of other international art masters including Yusuke Asai, Giles Stutsart, Hoffman, and Thomas Dambo.

Matsumoto Aki sighed at the beauty of Wulong. ‘The clouds and mist here exude the magic of nature, and Lanba is destined to become a legendary destination. After his visit, he decided to stay and contribute to this legend. 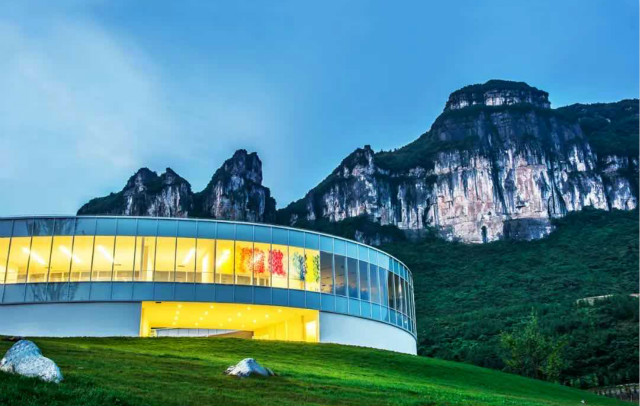 He built the Bamboo Sound Theater, where 112 bamboo musical instruments of 37 kinds are kept in an old house that has stood half a century, and where inspiring notes linger in the air.

The Moon Museum is located at the highest point of Lanba. Luke Jeram from the UK accurately reproduced the moon at a ratio of 1:500,000, which hangs inside among the exhibitions. The distance between humans and the moon has now shortened to a mere fingertip. 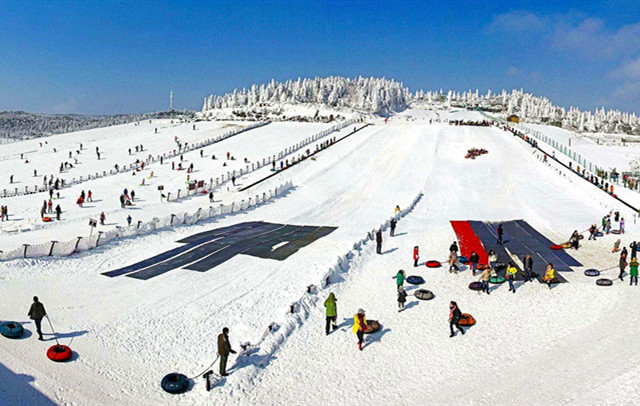 Visitors flock to enjoy skiing on Fairy Mountain in winter.

Wulong is not only a palace of art but also a grand venue for music events and sports paradise. The Fairy Mountain International Camping Music Festival has been successfully held on 10 occasions to become a highly influential summer outdoor event.

The Wulong International Mountain Outdoor Sports Open has been successfully held for 16 consecutive sessions and has attracted many top athletes from over 60 countries and regions across the world. Events include the 100km Cross-Country Race, Furong River Dragon Boat Championship, and the Wulong Fairy Mountain Marathon. 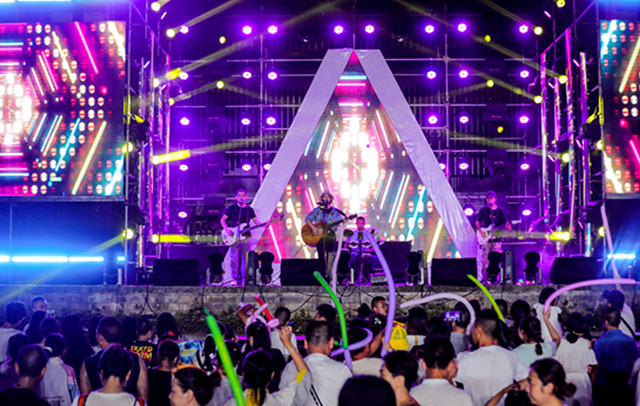 The Fairy Mountain International Camping Music Festival is a great puller in the summer months.

In August, Wulong Fairy Mountain Airport completed its first test flight and is expected to open by the end of 2020. Now the aviation era has extended into Wulong, the integration of cultural tourism within this world-renowned tourist destination is free to soar.

The first batch of flights from Fairy Mountain Airport is expected to connect directly with major cities such as Beijing, Shanghai, Chengdu, Hangzhou, and Jinan. In the future, it will also be possible to fly between the famous scenic spots of Zhangjiajie and Jiuzhaigou. 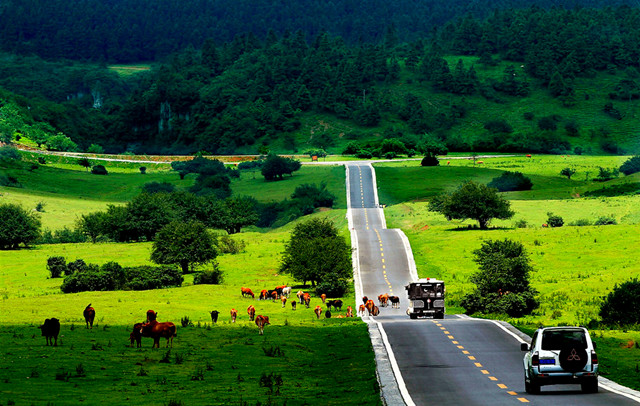 The scenic routes of Fairy Mountain.

At the same time, Wulong is focusing on the construction of convenient transportation networks such as the Yuxiang High-speed Railway, and Wujiang Waterway. The upgrade of tourist infrastructure includes international brand hotels such as Amman Hotel and Mediterranean Hotel.

In addition to the mainstays of Fairy Mountain and Baima Mountain, Wulong has accelerated the development of rural tourist spots. These include the boutique locations of Houping Miao Village, Haokou Tianjia Village, Land Rhinoceros Village, Yantang Village, Datian Wetlands, and Huolu Naxi Town. 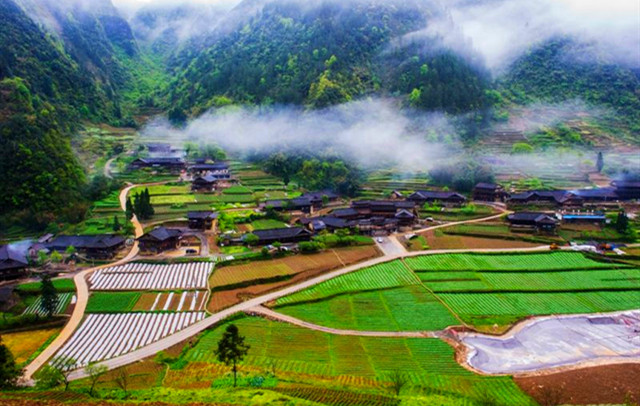 At the same time, the promotion of cultural tourism products is focusing on Fairy Black Tea, Wulong viola noodles, and top-selling agricultural products with mountain characteristics.

Clean energy and other ecological industries are being promoted to realize the integration of primary, secondary, and tertiary industries, which will stimulate employment and entrepreneurship whilst increasing the income and happiness of local people.

Wulong pottery stems from the rich clay resources and culture of innovation.

Wulong is rich in pottery resources, as 13 varieties of clay deposits have been discovered. Domestic pottery masters have gathered in Wulong to make colorful porcelain that is appealing, practical, and environmentally friendly.

Haokou batik is a textile printing and dyeing process that has been passed down for hundreds of years by the Gelao Minority. The production process is divided into four steps of shaping, waxing, dyeing, and then de-waxing. The finished product is blue and white, with rich and elegant patterns brimming in ethnic characteristics. 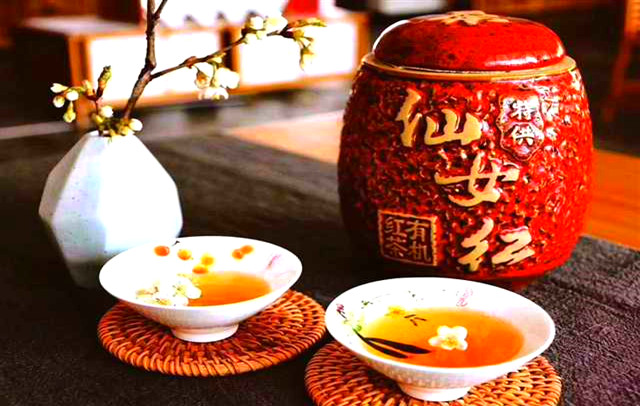 The black tea of Wulong.

Fairy Black Tea is produced at Wulong Fairy Mountain, Baima Mountain, and Tongzi Mountain. The leaves grow at between 1200 meters and 1500 meters above sea level. Through national organic tea certification, the trademark of Tianchi has been recognized as a famous brand in Chongqing.

The history of Yangjiao Ancient Town stretches back hundreds of years and is where the sophisticated production of dried Yangjiao tofu originates. The process involves absorbing spring water from Wuling Mountain, the selection of high-quality soybeans, and several technical processes. The dried bean curd when finished tastes fine and chewy. 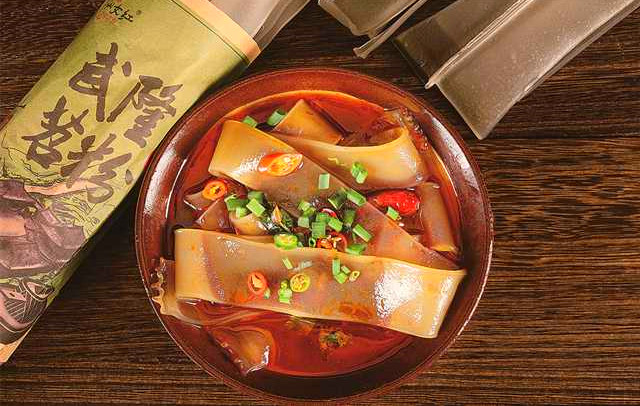 Wulong viola noodles are made from high-quality ​​sweet potatoes and are famous for their soft and glutinous texture. As early as the Qianlong period, stone-milled Wulong viola noodles have used as articles of tribute. They have won honors such as a famous dish of China, a famous Chinese snack, and a representative project of Chongqing Municipal Intangible Cultural Heritage.