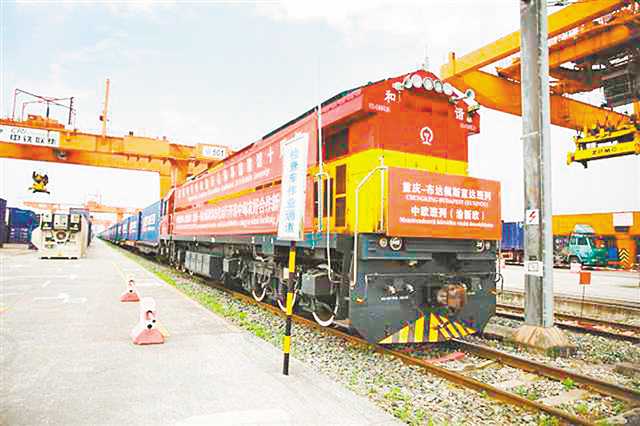 “In addition to transporting international mail by train, we have reported 60 policy requests and empowerment suggestions in total,” said Zhikui Zhang, Director of the Office of the Leading Group of China (Chongqing) Pilot Free Trade Zone (FTZ).

According to Zhang, Chongqing FTZ has made good use of reforming autonomy and played a good role as an “experimental field” to remove institutional barriers and meet market demands since inauguration in 2017.

Over the past three years, Chongqing FTZ has yielded fruitful innovation results with more than 240 new achievements. Notably, more than 50 were reported to the Office of the Inter-ministerial Joint Conference of the State Council, of which 56 were extended citywide, and inland logistics channel development, self-filing, self-determined write-off cycle, self-verification, self-reporting of overdue tax, and simplifying business approval procedures for special customs supervision zones, and other cases were extended nationwide.

Meanwhile, Chongqing FTZ has adhered to the approach of piloting and grown into a hub of Chongqing’s open economy, making great contributions to the city’s economic growth.

As of the end of July 2020, Chongqing FTZ had attracted 43,222 new enterprises with the combined registered capital reaching 516.7 billion yuan, and 3,037 new projects with combined contracts (agreements) totaling 953.3 billion yuan.

Over the past three years, Chongqing FTZ has become home to about one-fifth of Chongqing’s total import and export enterprises, contributing about 70% to Chongqing’s gross import-export value, and attracted over 40% of Chongqing’s aggregate foreign direct investment.

“Next, we will make an effort to build Chengdu-Chongqing economic circle and explore potential cooperation with Sichuan in free trade zone,” said Zhang. “Especially, as we all know that Sichuan and Chongqing have reached a consensus on co-building the Co-opening-up Demonstration Zone of China (Sichuan) Pilot Free Trade Zone & China (Chongqing) Pilot Free Trade Zone now.”