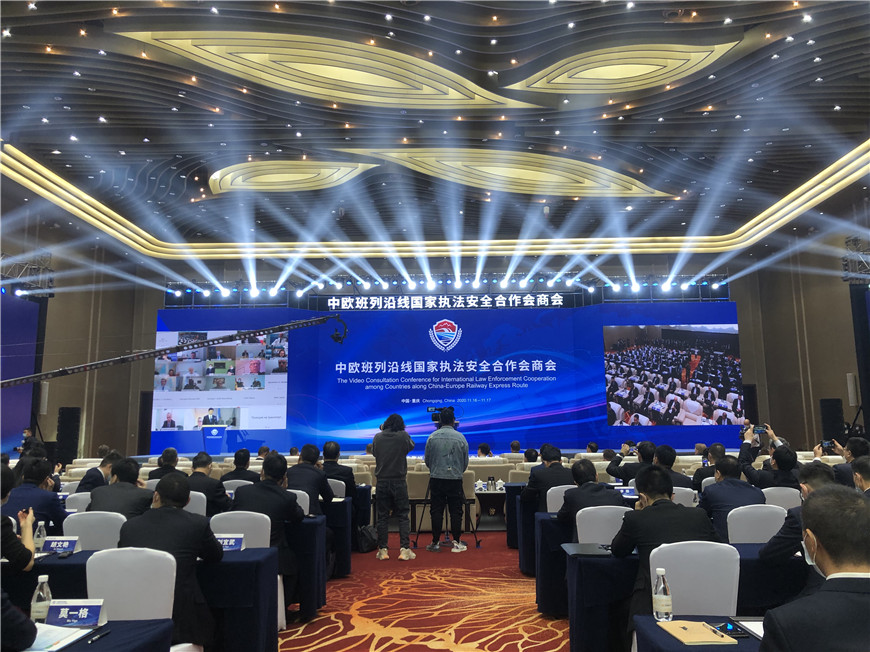 The Video Consultation Conference for International Law Enforcement Cooperation among Countries along China-Europe Railway Express Route was held in Chongqing on November 17.

The conference was jointly held by the Ministry of Public Security of P.R.C., Chongqing Municipal People’s Government, and Sichuan Provincial People’s Government. At the conference, representatives from 18 countries, Interpol, European Police Agency, and European Railway Police participated in the conference via online video. In addition, more than 110 persons in charge of industry associations, domestic think tanks, and other related fields experts and scholars participated offline. 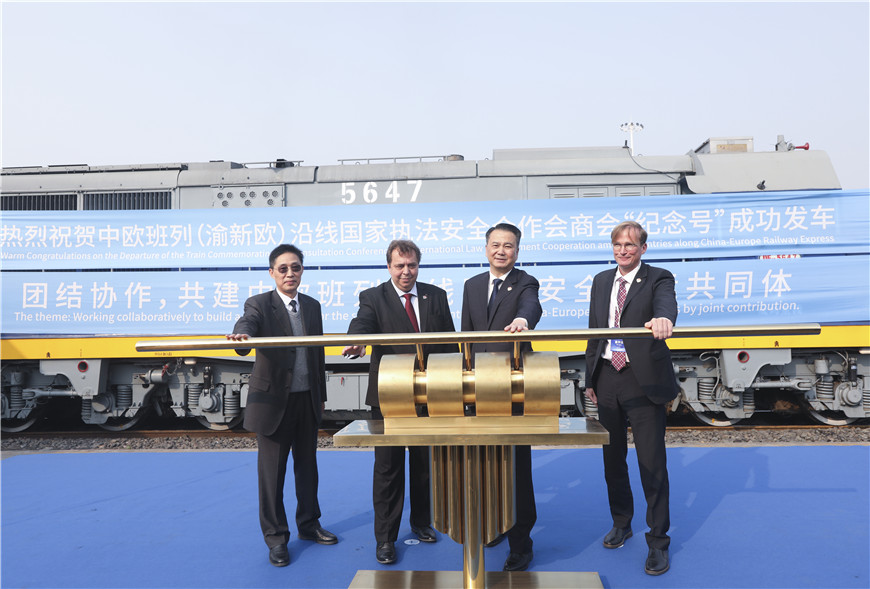 The participants kick off the departure ceremony.

According to reports, the China-Europe Express is an international transport train organized by the China State Railway Group Co., Ltd and running on the Eurasian continent. Against the background of the global economic downturn and the continuous spread of the COVID-19 epidemic, the China-Europe Railway Express trains have risen against the trend. The number of trains has continued to increase for eight consecutive months since March this year. As of November 5, a total of 10,180 trains have been opened. Shipping containers increased by 54% year-on-year. During the “13th Five-Year Plan” period, the freight volume of China-Europe freight trains increased from 145,000 TEUs in 2016 to 725,000 TEUs in 2019, an average annual increase of 71%. The China-Europe Railway Express has opened in 62 cities in China, reaching 92 cities in 21 countries in Europe. It is estimated that by the end of this year, the annual freight volume of the China-Europe Railway Express will exceed 1 million TEUs, and it has developed into an iconic brand for the “Belt and Road” construction.

The relevant person in charge of the Ministry of Public Security stated that the Chinese public security would continue to deepen the practical law enforcement cooperation with countries along with the China-Europe Railway Express, establish law enforcement liaison mechanisms, and continue to improve the level of security guarantees for the construction of the Belt and Road.