The Chongqing Foundation for Justice and Courage awarded Stephen Ellison 50,000 yuan ($7,600) on Friday for his courage in the rescue of a drowning woman on Nov 14. 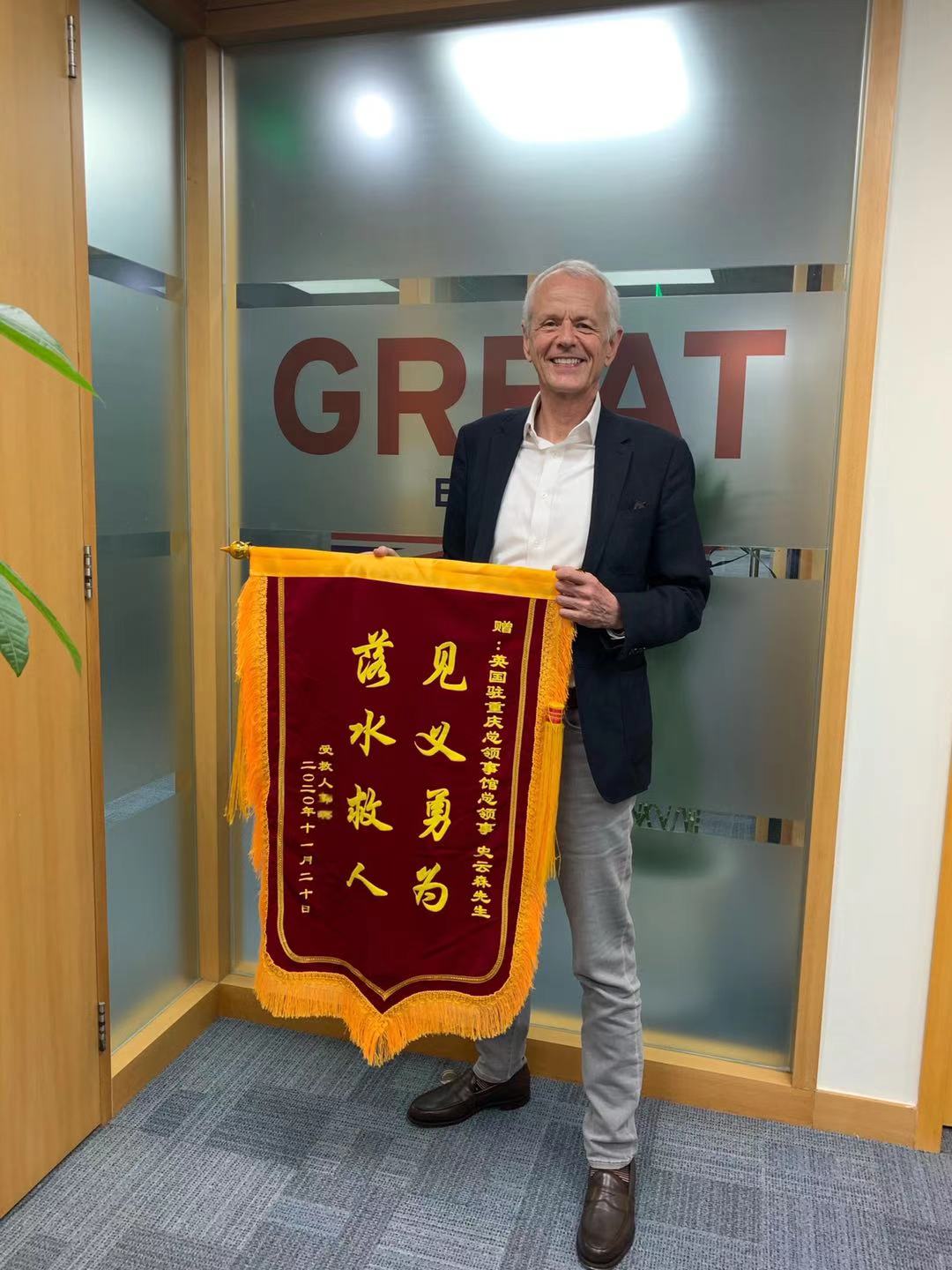 Ellison, 61, is the newly appointed British consul general in Chongqing. A video of his action went viral on Chinese social media recently and received wide public praise, including from the Foreign Ministry.

The foundation said that in recognition of Ellison’s bravery, it would present him with the Chongqing Special Award for Justice and Courage.

The UK diplomat said on the consulate’s social media account that he had received a lot of recognition and praise from the Chinese people over the past few days and was honored to receive the award from the foundation. He will donate the money to a local charity during the 20th anniversary ceremony of the establishment of the British Consulate in Chongqing next week.

On Nov 14, during his visit to an ancient town in Chongqing, Ellison jumped into the water to save a young woman who had slipped while taking a photo on a rock beside a river.

Ellison has lived in China for about nine years, including a stint as minister counselor and director of the Department for International Trade at the British embassy in Beijing from 2014 to 2018.

He also competed in the Beijing International Triathlon last year and won the event in his age group.