Chongqing- A launching ceremony of the 11th China Yangtze River Three Gorges International Tourism Festival was held in Chongqing’s Wanzhou District on Nov. 19, kicking start the month-long series of thematic activities including an exclusive tour for online media journalists and a departure ceremony for group tourists from Chongqing, Sichuan, and Hubei.

After a quick entrée tour to the Wanzhou Grand Waterfall, which has been hailed as the “No. 1 Waterfall of Asia” with an astounding 151-meter width, journalists in the media tour program soon went onboard the Golden 7 Cruise at Wanzhou Port to attend the launching ceremony of the 11th China Yangtze River Three Gorges International Tourism Festival.

The launching ceremony of the month-long tourism festival was held in northeast Chongqing’s Wanzhou District.

This year’s event features a dozen thematic activities running from mid-November to late December, such as the “Three Gorges” themed Concert of World Great Rivers, the “Date with Wanzhou, Meet Three Gorges” National Online Media Tour, and the “Tour in Three Gorges, Start from Wanzhou” Group Tour for Sichuan, Chongqing, and Hubei Tourists. 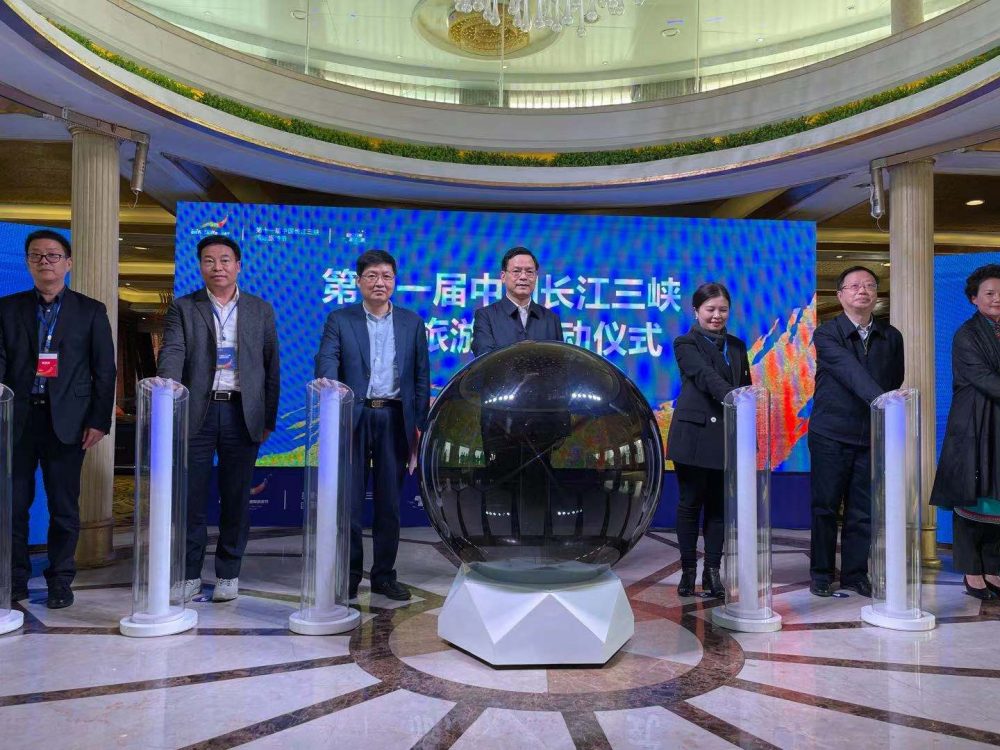 There’s also going to be a “Three Gorges Gifts” Tourism Products & Intangible Cultural Heritage Products Trade Conference scheduled from Dec 4 to 6, the Three Gorges Culture & Wanzhou Grilled Fish Festival from Dec. 10 to 14, and the Chongqing (Wanzhou) Winter Cross-Yangtze River Invitational Swimming Tournament from Dec 12 to 20, which will bring tourists and visitors a whole new level of excitement and a feast for the eyes, ears, tongues, and physiques. And if that wasn’t enough for you, wait till you hear this: the counties and districts along the Yangtze River Three Gorges scenic area have introduced more than 100 special tourist routes for you to better appreciate the wonders of mother nature and the beauties of local cultures.

Another departure ceremony of the“Tour in Three Gorges, Start from Wanzhou” Group Tour for Sichuan, Chongqing, and Hubei Tourists was also held at the Wanzhou Prot right after the launching of the Three Gorges Tourism Festival, with ten tourist buses filled with tourist ready to embark on their journey. 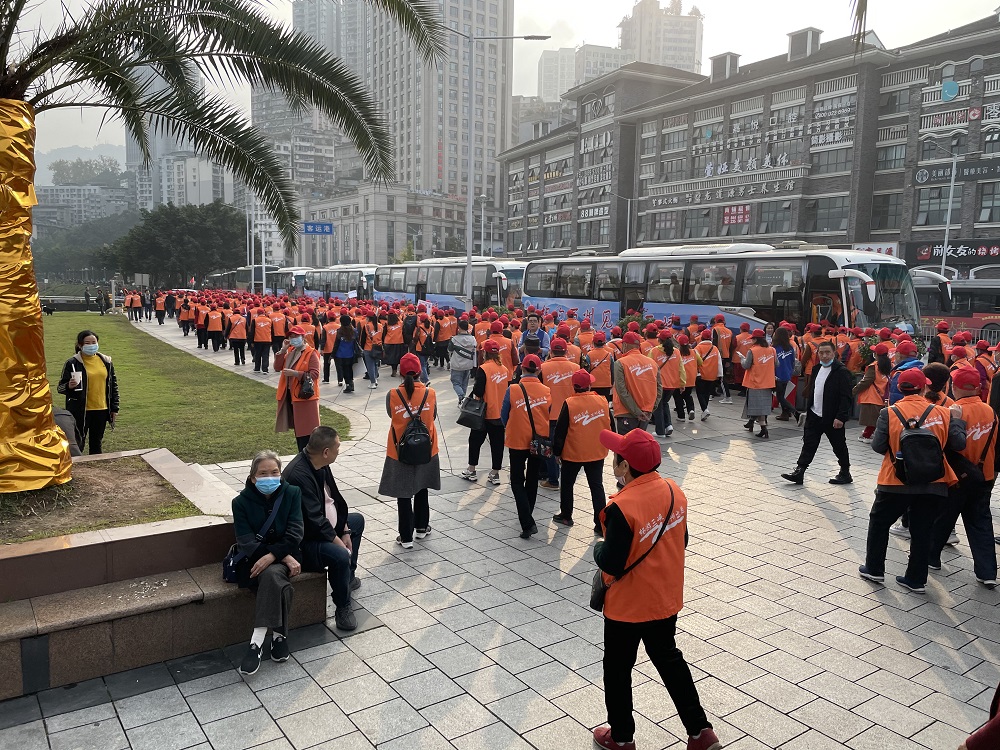 Tourists from Sichuan, Chongqing, and Hubei ready to depart from the Wanzhou Port and start their group tours along the Yangtze River Three Gorges route.