Chongqing- A Singaporean company’s radar technology aims to help Chongqing become a more smart and secure city through its deep application and integration into the city.

DECOD Science & Technology Pte Ltd (DECOD) was established in Singapore in 2003. With the support of the Singapore Economic Development Board, DECOD was set up to spin off a global brand, one that is identified with cutting-edge technology and unprecedented quality.

Particularly, its application can be used to ensure the safety of airport runways. DECOD’s UWB Radar detection equipment is fitted with a state of the art camera that facilitates a simultaneous inspection against surface defects such as potholes, cracks, raveling, rutting, shoving, delamination, corrugation.

Zhi Haiyan, Co-founder and Chairman of DECOD raised the idea that security is a critical part of building Chongqing into a smart city.

“UWB Radar Technology is DECOD’s expertise. At DECOD, we design detection solutions that provide visibility of the subsurface environment as well as the scenes behind the wall,” said Zhi. “By using big data, this technology can predict disasters in advance. For example, if there is a hole in a place which we cannot see clearly, the radar will know if the hole is going to collapse.” 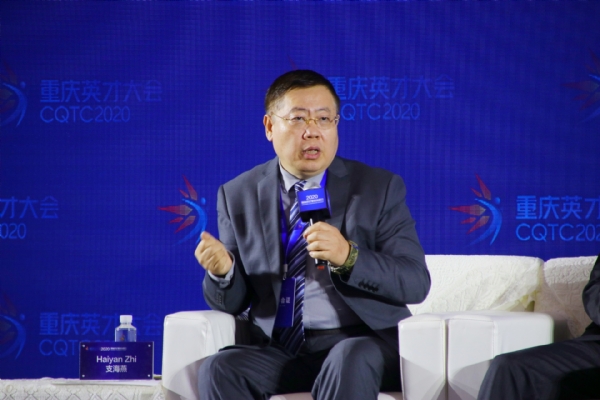 Zhi Haiyan, Co-founder, and Chairman of a Singaporean company, DECOD.

Zhi insisted that the value of big data is very high. Radar Technology not only can remove airport runway disasters but serves as the core to eliminate other kinds of risks and disasters, including air leaks, water leaks, and collapses. He believes this technology will drive many industries across the country, ensuring precision maintenance and time efficiency can be achieved while solving potential problems based on radar detection at the same time.

“We will cater for the extensive applications of the UWB Radar Technology, as well as the safety and ease of use of user change brought about by high-tech,” said Zhi. “We also hope Singapore and Chongqing can work together to trigger some new innovative changes.”