YouTubers Travel at Dazu: Impressed by this Amazing Heritage 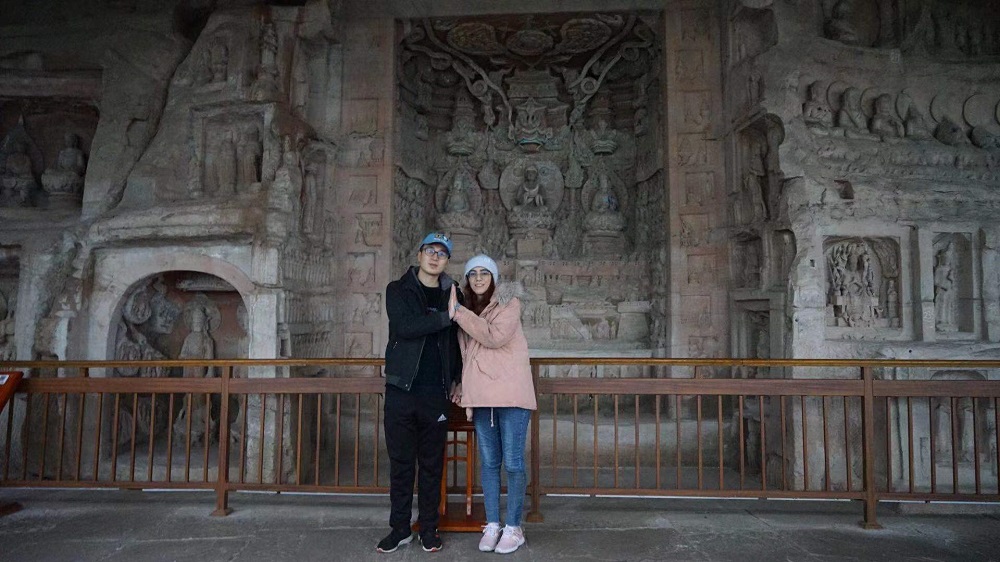 Cassandra comes from Chile while her husband Haoyang is Chinese. Max is Mexican and his wife Noelia comes from Spain. Their channel mainly targets Spanish-speaking audiences on YouTube. Cassandra has more than 187,000 subscribers. She married Haoyang and started her trip around China. 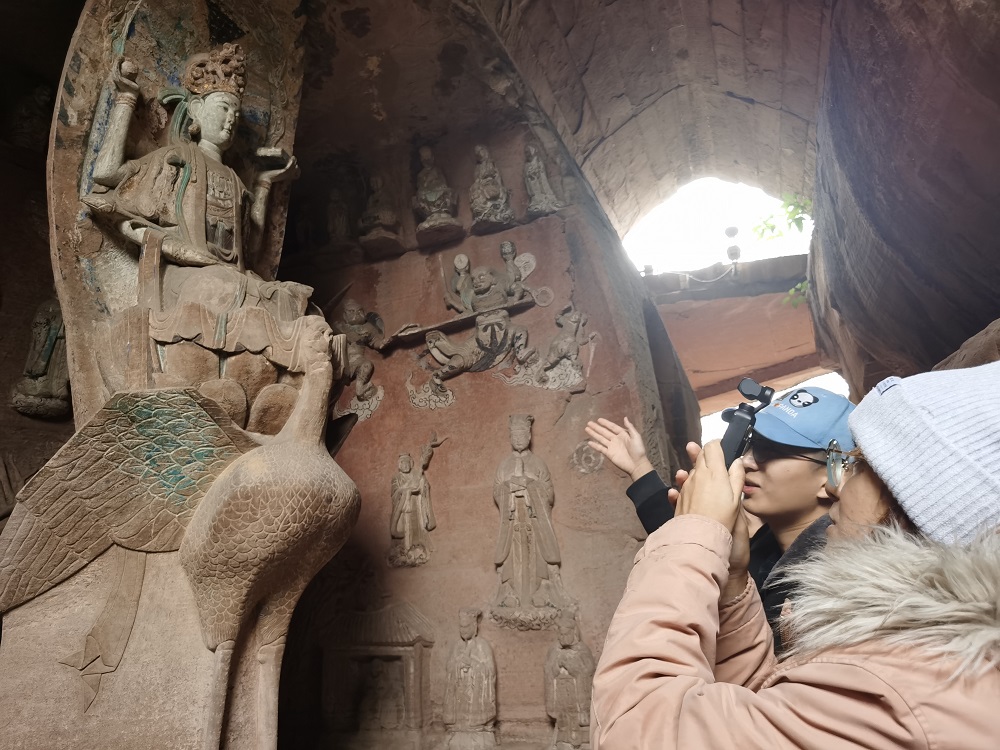 On their trip to Dazu, they visited the rock carving museum and historical sites on Baoding mountain, North mountain, and Shimen mountain. There are 5 mountains in Dazu that have rock carvings for Buddhism and Taoism with religious stories and steles from thousands of years ago. 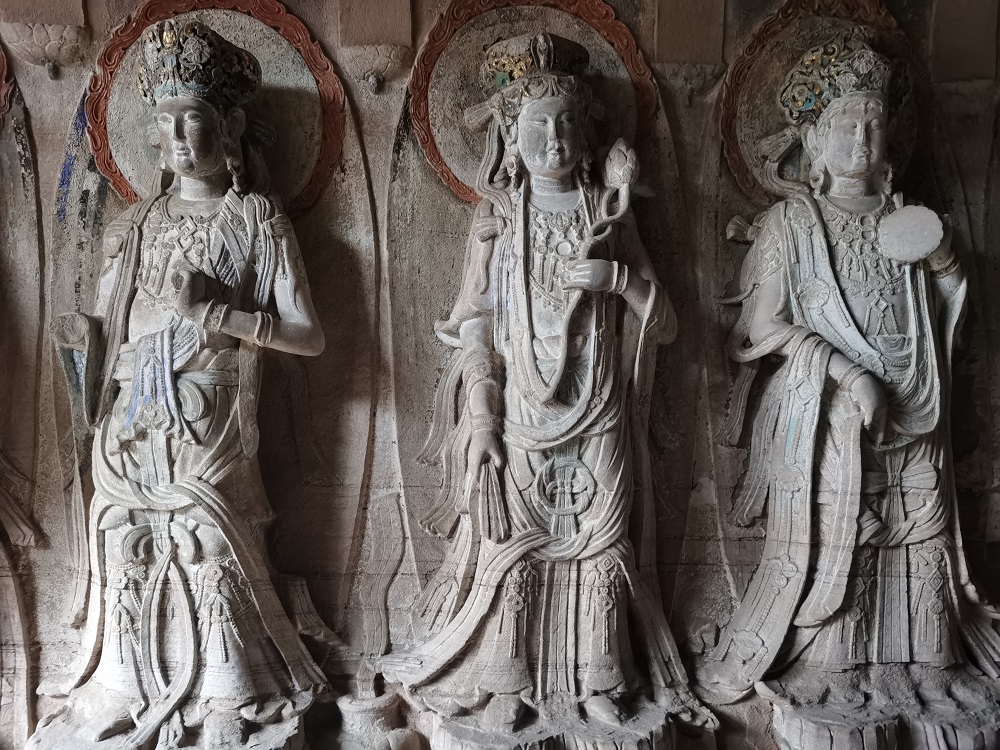 “It is really impressive, ” said Cassandra,” I’ve seen many carvings or religious stories in other art forms in Europe, but this one is amazing. Their religious stories are similar. They both want to teach people who cannot read.” 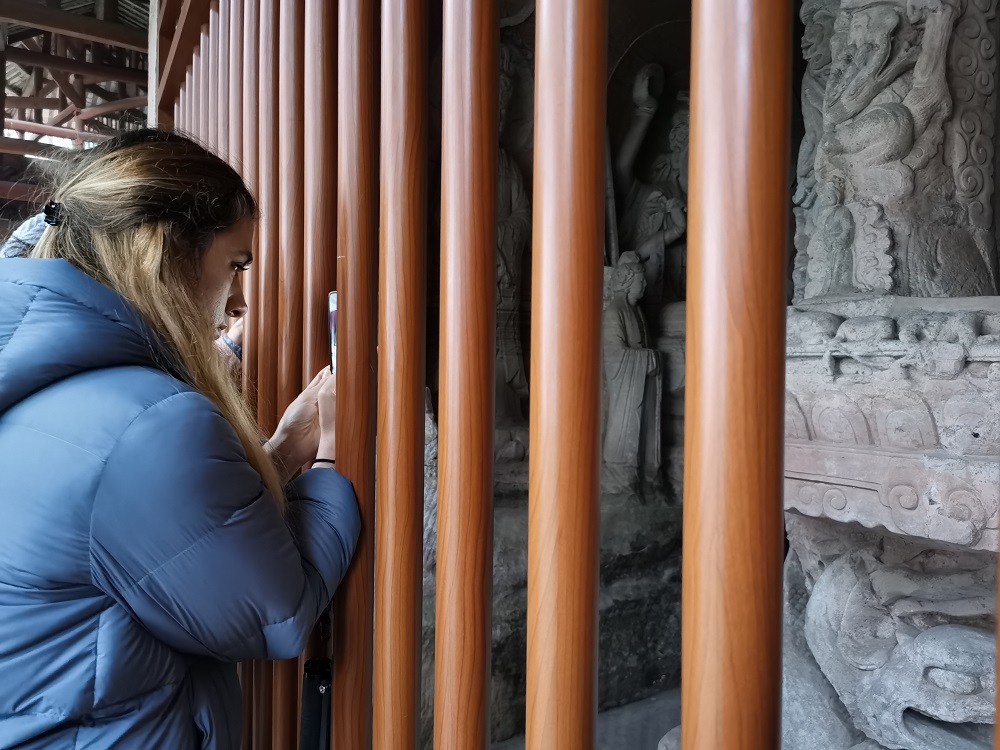 Noelia is recording the sculpture on North mountain

As YouTubers, they listened to the tour guide’s explanation, recording the exquisite stone sculptures with the camera and introducing the history and culture behind it in their language. “We are going to post vlogs on YouTube. Our fans will marvel at the charm of this place just like us”, said Max.