Chongqing — On the afternoon of December 16, the Experience Chongqing Foreign Media Tour’s foreign media group has come to Chaotianmen square to visit China-Singapore (Chongqing) Connectivity Imitative Gallery and Raffles City Crystal Corridor, which is located in Yuzhong District, Chongqing. The visiting group learned about Chongqing and Singapore’s cooperation and achievements in financial services, aviation industry, transportation and logistics, and information and communications technology.

According to the China-Singapore (Chongqing) Demonstration Initiative on Strategic Connectivity Administrative Bureau, this year marks the 30th anniversary of the establishment of China-Singapore diplomatic relations and the 5th anniversary of the implementation of the China-Singapore (Chongqing) demonstration Initiative (CCI for short) project. In the past five years, China and Singapore have taken Chongqing as the project operation center, closely coordinated around the theme of Strategic Connectivity and Modern Service Economy, and continued to promote the implementation of high standards of the project, achieving fruitful accomplishments. 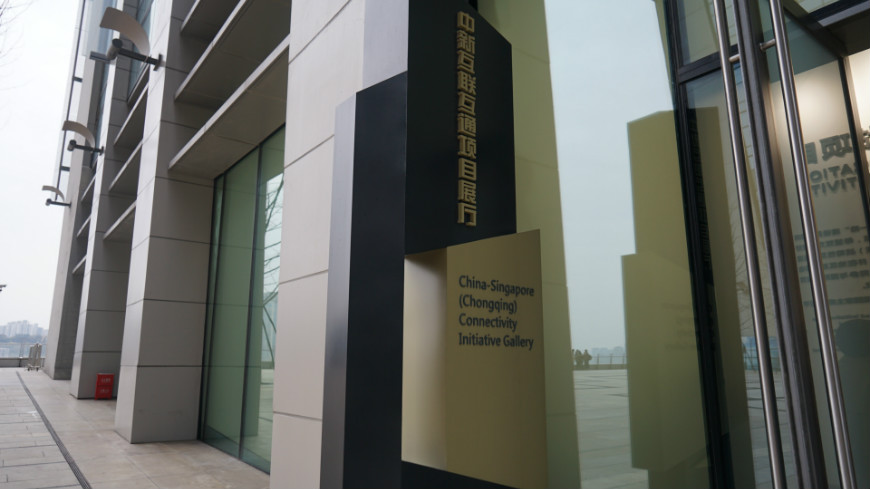 It is shown on the large screen of the exhibition hall that as of the end of November 2020, under the framework of the CCI project, about 300 government departments, business associations, and enterprises of both sides have participated in project cooperation. Moreover, 68 agreements and 247 cooperation projects have been signed. The total amount exceeds 33.3 billion U.S. dollars. When such a row of numbers was displayed on the big screen, the project’s fruitful results amazed the visiting media group. The CCI project is gradually becoming a new model for international cooperation in the Belt and Road Initiative. 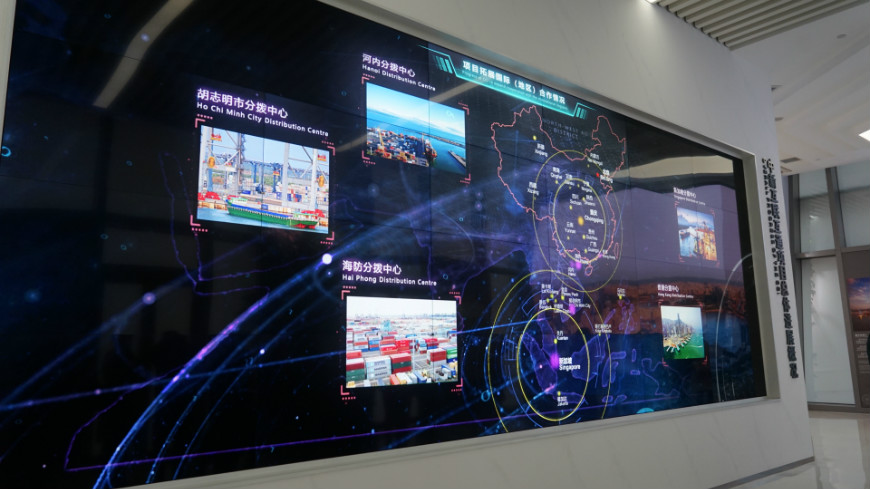 “Through today’s visit, we can have a comprehensive understanding of the overall situation of the CCI project.” A foreign journalist told iChongqing that the exhibition gallery vividly showed them the background, origin, characteristics, connotation, progress, and development vision of the CCI Project in the form of text, pictures, video and used modern sound and light integrated technology as supply. 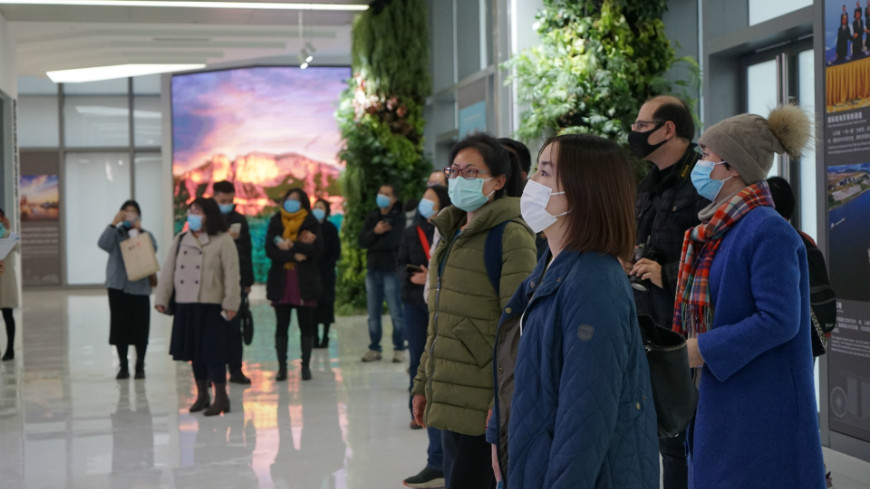 Foreign correspondents are visiting the China-Singapore (Chongqing) Connectivity Imitative Gallery and listening to the explanation.

The visiting delegation then visited Chongqing Raffles City, the largest single project invested by Singapore in China, with 24 billion yuan (about 3.7 billion U.S. dollars). The 250-meter-high crystal corridor, located at the junction of the Yangtze rivers and the Jialing River, is the highlight of Chongqing Raffles City. Spanning the tops of four 250-meter-high buildings, the crystal corridor is 300 meters long, 32.5 meters wide, 26.5 meters high, and covers an area of about 10,000 square meters, which is called a “lying skyscraper.” 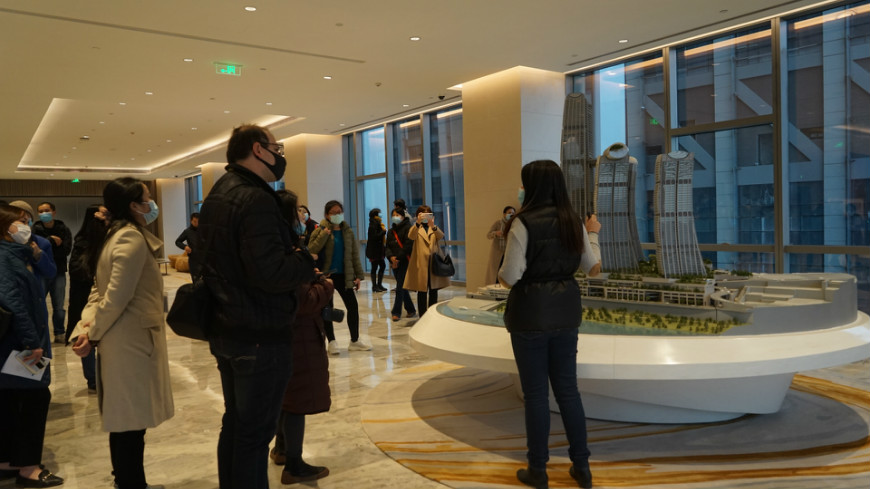 According to the person in charge, the Crystal Corridor visited by the foreign media group was officially opened to the public on May 30 this year and has become a new and popular tourist destination in Chongqing.

After a day’s visit, Ngo ThiBichThuan, the director of the Voice of Vietnam, shared her feeling with us, “as a neighboring country of China, Vietnam pays great attention to all aspects of China and Chongqing, especially the development of the New International Land-sea Trade Corridor (ILSTC). Both sides of China and Singapore used the ILSTC as the platform, have successively established five international rail-sea transport distribution centers in Vietnam and other places to promote Lancang-Mekong cooperation. After this trip, I will also choose a perspective to convey to the Vietnamese readers what I have seen during this trip.”