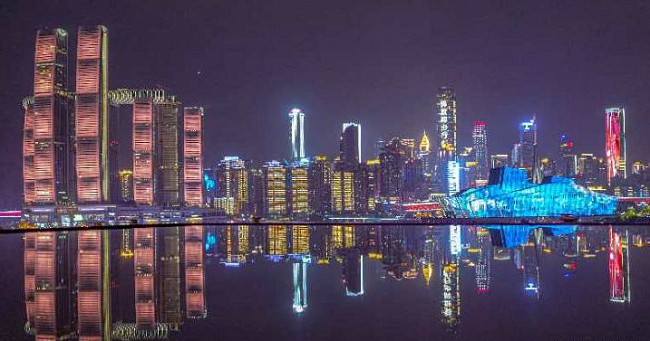 This economic performance index was developed by the Macro Economy Research Group of the Institute, based on monthly macro indexes concerning the industry, investment, consumption, foreign trade, credit, financial revenues and expenditures, and consumer prices. It can reflect the basic trend of Chongqing’s macroeconomy.

The world economic situation in 2020 was more complicated and challenging, with lackluster growth. China’s economy, even though recovering, is still under tremendous pressure to realize growth.

According to the Report, Chongqing has grasped the opportunities brought by the construction of Belt and Road, the Yangtze River Economic Belt, and the Chengdu-Chongqing Economic Circle, West China’s development in the new era, and the New International Land-Sea Trade Corridor.

Chongqing takes active steps to power the joint development of “One Area and Two Clusters,” which endeavors to stimulate the increase in investment and consumption. It plays a new role in constructing the new development pattern of “dual circulation,” which means to take the domestic market as the mainstay while letting internal and external markets boost each other.

The Report concluded that Chongqing saw stable economic growth in 2020, with steadily rising economic indexes. As a result, the economy showed good resilience and potential.