Three transportation modes of the New International Land-Sea Trade Corridor (ILSTC) in Chongqing have reached or completed over 95% of the annual target from January to November, with good development momentum. 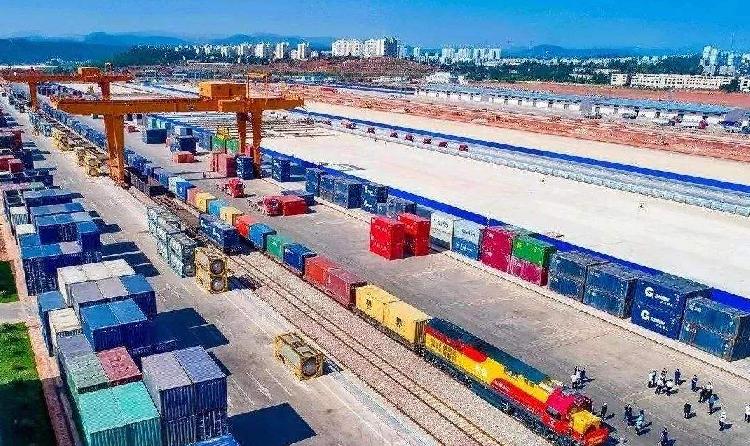 Three transportation modes of the New International Land-Sea Trade Corridor in Chongqing have reached or completed over 95% of the annual target from January to November.

Given the rapidly growing amount of trains and buses and the rising value of cargoes, ILSTC is heading towards high-quality development.

From January to November, a total of 64,013 TEUs have been transported via ILSTC, up 41.6% over the same period last year; the total cargo value reached 12.055 billion yuan (about 1.846 billion U.S. dollars), a year-on-year increase of 32.9%. Goods transported included electronic, medical, and chemical products, auto and motorcycle parts, etc.

Meanwhile, ILSTC is expanding its membership, with 250 ports in 96 countries and regions as final destinations. ASEAN, its most vital market, sees 20 ports in eight member countries sign on to the corridor, including critical maritime transportation nodes such as Singapore, Laem Chabang, Bangkok, Haiphong, and Ho Chi Minh City.

“Vietnam is the country with the highest number of containers and the highest cargo value among all countries joining the corridor,” said Liu Wei, Head of the ILSTC Operation and Organization Center.

He also mentioned that the number of containers and cargo value of Vietnam occupied 50.1% and 75.9% of the ASEAN’s respective numbers from January to November.