Chongqing – Jorah Kai Wood, a Canadian English teacher at Chongqing Foreign Language School, and his wife Wang Xiaolin talked about the unknown stories of them living through the length of the COVID-19 pandemic at a book launch event for Kai’s Diary last Sunday.

Jorah Kai Wood (C), accompanied by his wife, Wang Xiaolin (L), shares the behind-the-scene stories of him writing the book.

“January 25, day one, self-isolation begins. Along with much of our friends, we canceled our travel plans and spent our holiday at home… February 8, day 15, last day of Chinese New Year. The cruise ship situation off the coast of Japan looks scary. Xiaolin worries about recycled air… March 12, day 48, my heart bleeds for Italy. Many used to say that’s just China, but now they can look at Italy and know what’s coming. Are they making the right moves or waiting until it’s too late.” Kai took the audience back to the time as he read through a few chapters of his book. 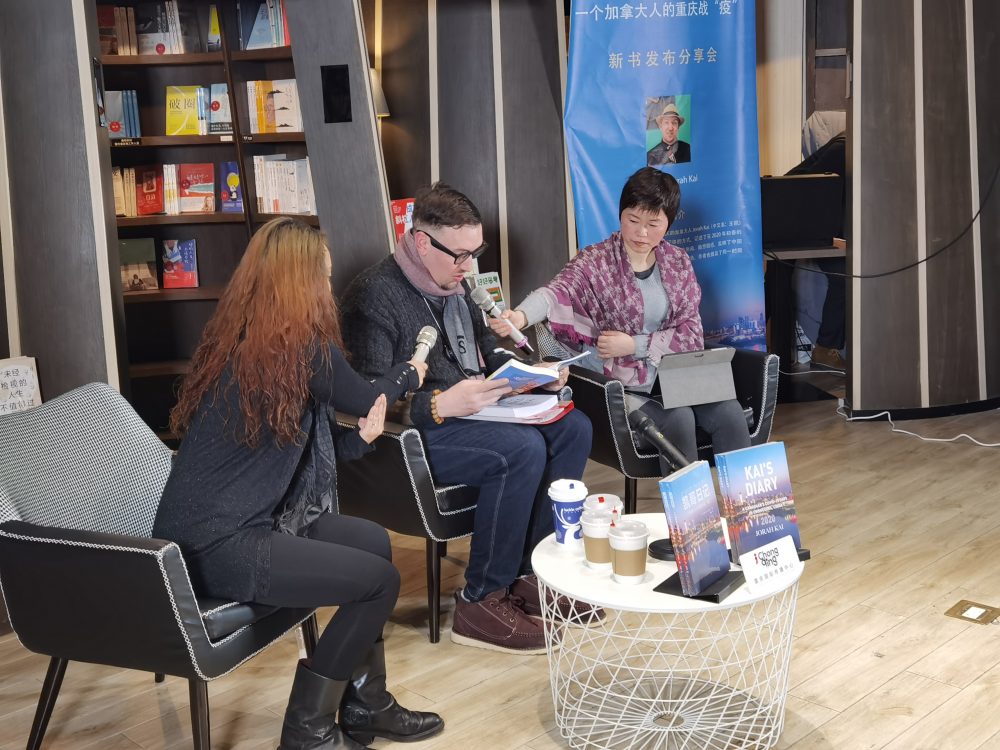 Kai narrates a few paragraphs of the book to the audience.

Starting from the initial outbreak to when the virus was largely brought under control, Kai’s Diary gives a thorough and detailed recount of the COVID- 19 situations in China from a foreigner’s perspective. Anxiety, panic, passivism, relief, hope, and optimism…  you could literally feel the author’s complex emotions bursting out of the 60 selected pieces of journals, which stretches from January 20 to March 19, when you flip through the pages.

The little things, such as going to the postal office and buying groceries in a supermarket, which normally wouldn’t come as stressful activities, somehow became a daily challenge for the couple living under quarantine. Apart from the author’s detailed life experiences and interesting thoughts, the book also covers the broader epidemic control and prevention scenes of Chongqing, China, and the world as a whole. 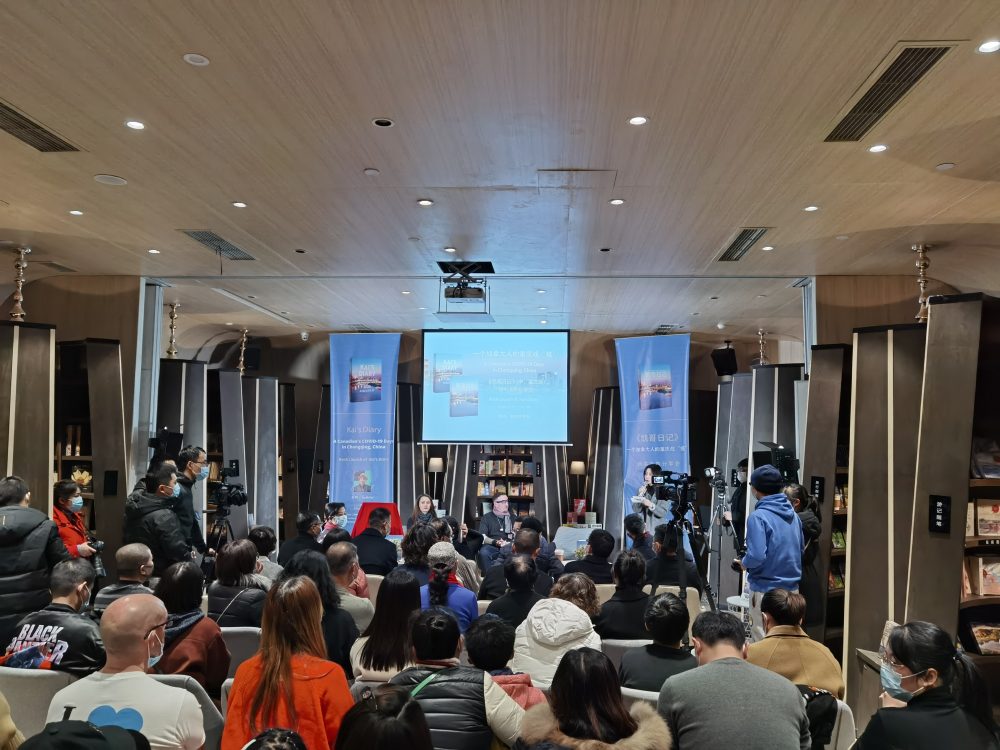 The book launch attracted a lot of fans, journalists to the event.

In February, Kai’s Diary was nominated for the “excellent anti-COVID-19 stories” article contribution event, which was sponsored by the China Foreign Language Publishing Administration. And later, in May and August, New World Press entered into an agreement with Kai in which it would be authorized to compile a total of 60 pieces of journals into a book and publish in both English and Chinese versions.

“I wanted to share with more people the valuable experiences and lessons of China’s effective epidemic control and prevention practices in my diary,” said Kai. “Strictly follow social distancing orders, always wear a mask, and wash your hands as frequently as possible… these are very useful and easy-to-practice precautions that people from the west can learn from China in the beginning.”

According to Kai, Chongqing has done some pretty amazing things to bring the virus under control within such a short period of time. “It’s been my great honor to witness in person and document the unyielding spirit of residents in the united fight against the COVID-19 pandemic.”

Kai answers questions from the audience.

As a Canadian living in Chongqing’s oriental metropolis, Kai has been teaching English at Chongqing Foreign Language School in Jiulongpo District since 2014. He married into Xiaolin’s family and became a “foreign son-in-law” in 2016.

Kai has also been working as a part-time editor for iChongqing since before the pandemic took the city by surprise. The full version of his journals documenting the real-life experiences of a foreigner living in Chongqing during the pandemic has been compiled into a special page of iChongqing’s website, which can be accessed from here for free. As of Dec. 29, Kai has written and uploaded a total of 95 pieces of articles under the series title of Kai’s Diary onto the website.