Chongqing- At 10 am on January 1st, two freight trains of the China Railway Express to Europe sounded their horns simultaneously at the Chengdu International Railway Port and Chongqing International Logistics Hub Park in southwestern China, as they slowly departed from their stations located 280 kilometers apart. The occasion marked the first jointly named Chengdu-Chongqing freight service on the China Railway Express to Europe.

It is the first time in China that a dual location freight service has been approved as a unified brand in the China-Europe freight service, allowing them to conduct operations and publicity under the same name.

The Chengdu-Chongqing freight train departed the two cities with full cargo loads, including electronic goods, mechanical parts, and smart home appliances. The final destinations are Lodz in Poland for the Chengdu departure and Duisburg in Germany for Chongqing.

China is currently promoting the construction of the Chengdu-Chongqing Economic Circle, emphasizing that the region builds an important growth pole to drive high-quality development nationwide and provide a new source of dynamism.

Furthermore, the Chengdu-Chongqing area is following the requirement to firmly implement a whole-board pattern of thought and a joint development mentality to build a complete mechanism for cooperation and a high-quality template for regional synergy. 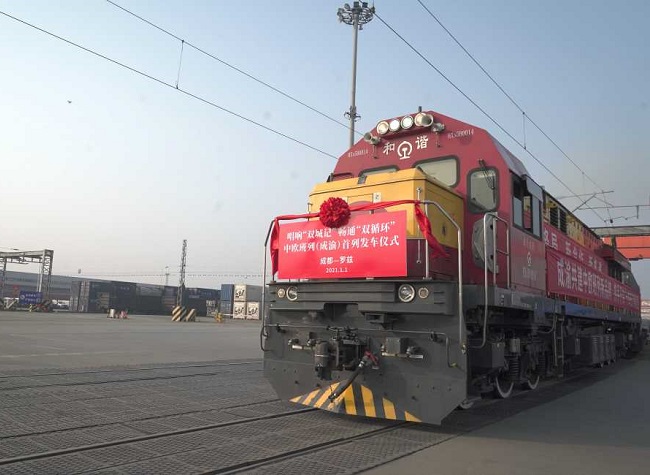 The inauguration of the jointly named Chengdu-Chongqing service is integral to construction in the twin city economic circle. In 2020, there were nearly 5000 China Europe Railway Express train departures between the two cities, representing an increase of almost 60% on the previous year. The total number of freight journeys has reached 14,000, accounting for over 40% nationwide.

Ba Chuanjiang, director of the Port and Logistics Office of Chongqing Municipal People’s Government, said, “Chengdu and Chongqing will work together to promote the construction of the China Railway Express to Europe, as well as to plan optimization for return legs and transportation resources. The cities will strive to form a new pattern of unified development that will bring improved quality, efficiency, innovation, and integration.” 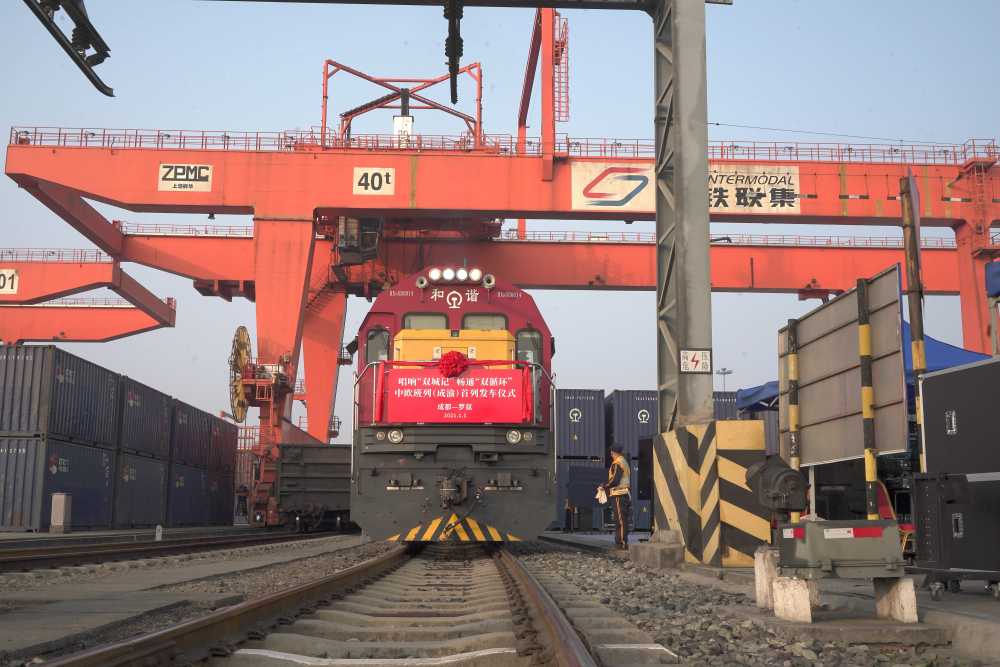 Freight train services between China and Europe originating from Chengdu and Chongqing now accounts for 40% nationwide on the CR Express.

This has raised the Chengdu-Chongqing Economic Circle profile as an open focal point and primary choice for European investment in western China. Freight train services between China and Europe originating from Chengdu and Chongqing now accounts for 40% nationwide on the CR Express.

In 2020, the China Europe Railway Express drove import and export trade figures in excess of 300 billion yuan (about USD 46.44 billion), for which enterprises become the largest beneficiaries.

Huang Dawen, deputy general manager of Changhong Electric, stated, ‘The China Railway Express to Europe is the main export channel for our products to Europe. In the year 2020, they drove an increase of 30% in exports to the European market.’

Combined operations of the Chengdu-Chongqing service as part of the China Europe Railway Express is beneficial to industrial chain integration between the two cities and will bring further advantages in terms of cost and time efficiency. It is expected that Changhong will continue to deliver more products to European consumers through the Chengdu-Chongqing freight service.