Chongqing- Nixi Township of Yunyang County is a land brimming with fields of widely coveted black fungus, citrus fruit, shiitake mushrooms, and chrysanthemum amidst the valley backdrop of green mountains. Newly paved roads meander their way through peaceful villages home to enterprising rural communities, while a country resort entices visitors from out of town with experiences of rural tradition blended with modern creature comforts.

The revitalization campaign in Nixi has transformed the town from a highly impoverished backwater into a shining case example for poverty alleviation, a feat which has been achieved in little over three years, and from the most adverse of starting points.

While the policy of Two Non Concerns and Three Guarantees laid the groundwork for Nixi to rise out of poverty, the Taiwan Affairs Office of the Chongqing Municipal People’s Government (Hereafter referred to as ‘Taiwan Affairs Office’) has made a series of infrastructure donations and support initiatives during this time, led by their assigned cadre Yuan Ye.

Since the Taiwan Affairs Office began a poverty alleviation drive focused on Nixi Township in August 2017, the villagers have benefitted from improved infrastructure, street lighting, educational facilities, and agricultural sales, a range of endeavors that follow a previous decade of support projects in other areas of Yunyang County, Chongqing.

Tonglin School and Community Given Fresh Lease of Life.

One of the key projects undertaken was constructing a new public access bridge located in Tonglin Neighborhood. For many years, the local primary school and communities opposite the main road were connected to the rest of Nixi by a mere pedestrian bridge that was both antiquated and hazardous.

Beyond the inconvenience and isolation this lack of infrastructure caused, there had also been a number of tragic incidents where children had drowned after falling in the river.

After learning about the difficulties residents faced, the Taiwan Affairs Office canvassed the support of Taiwanese businesses in Chongqing. It was able to donate around 500,000 Yuan to have the new Tonglin Bridge constructed.

When the bridge was completed in late 2019, the momentous occasion meant that pedestrians and vehicles could safely cross the river, while Tonglin Primary School and the local community were now conveniently linked to Nixi Town and the wider county of Yunyang. As part of the construction project, the former walkway bridge was also demolished.

Following the construction of the new bridge, it was learned that Tonglin Primary School was in desperate need of a display room, so that staff and pupils could exhibit the long history and achievements of their school since its foundation in 1887.

The Taiwan affairs office raised 40,000 yuan to decorate and furbish a ground floor room for the school display in response. Since the project was completed in early December 2020, visitors can now visit the attractively decorated display room replete with school culture exhibits, historical milestones, prominent headteachers and pupils, institutional plaques, and fine examples of student artwork. 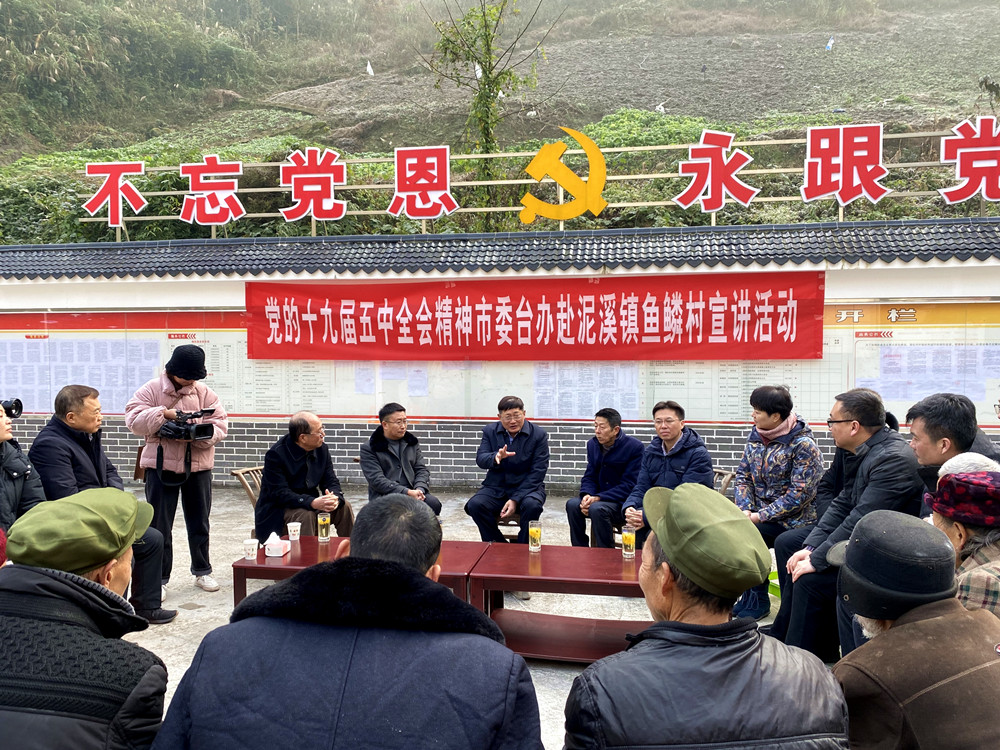 In Yulin’s village, among the numerous difficulties that once afflicted residents was the complete absence of street lighting. At night, villagers were forced to drive in complete darkness along the narrow roads with low-lying fields on either side and had been a deep source of lament going back many years.

In July 2020, the first set of 41 solar-powered street lights were successfully installed in Yulin Village, which had followed a campaign to raise 50,000 Yuan in donations. Later on December 22nd, director Chen Quan of the Taiwan Affairs Office visited Yulin Village to inspect the latest progress in poverty alleviation personally and delivered a further donation of 60,000 Yuan to complete the village’s streetlight infrastructure.

It is expected the final installation process will be completed in the first half of 2021 and will provide solar-powered street lighting to the whole of Yulin Village, thus finally resolving the inconvenience and hazards of traveling by night.

While the donations related to Tonglin Bridge, the display room of Tonglin Primary School, and new streetlights of Yulin Village may have captured the limelight, the Taiwan Affairs Office of the Chongqing Municipal Party Committee has continued to manifest their strong commitment to assisting Nixi Township through a wide variety of further initiatives. 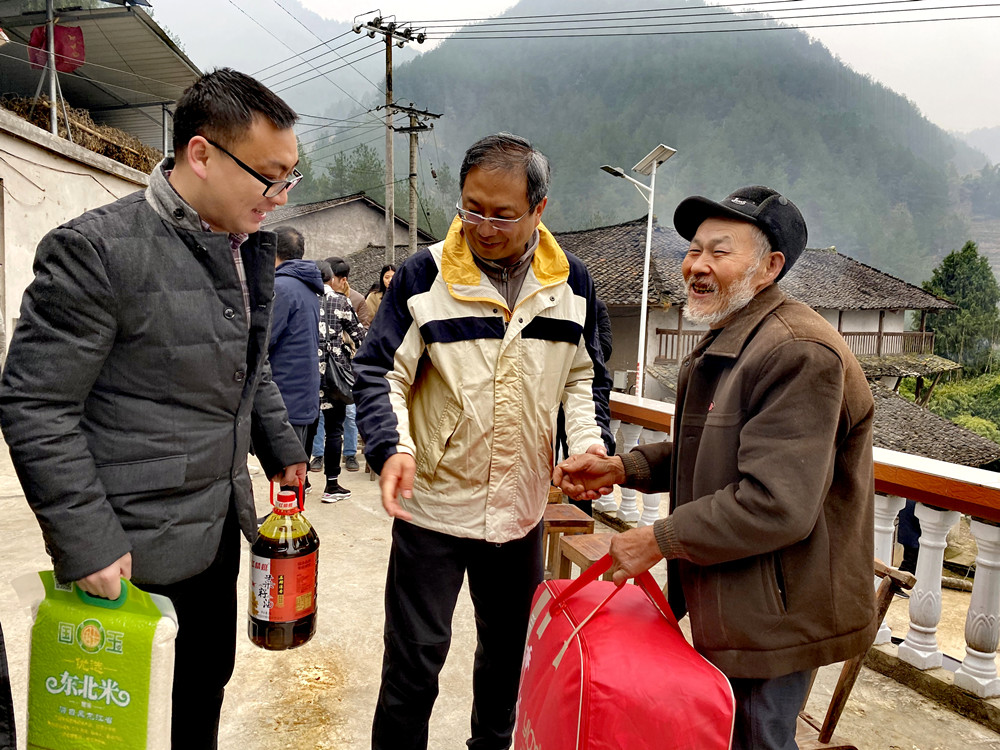 A total of 100,000 Yuan has been donated to renovate antiquated and dilapidated homes in Nixi, a process which typically involves structural modifications, upgrades to electrical and water fittings, the resolution of sanitation issues, and exterior beautification.

Elsewhere, in case the local agricultural products such as Nixi black fungus, tangerines, mushrooms, and chrysanthemum which help drive rural revitalization in the township, an initial challenge was to find enough customers nationwide to buy their production quantity every year. In order to overcome this obstacle, the Taiwan Affairs Office implemented a number of practical solutions.

One direct method was to encourage members and associates of the Taiwan Affairs Office to support Nixi agriculture by making purchases and giving publicity on social media platforms. This form of consumer-based poverty alleviation supported Nixi to the tune of around 400,000 Yuan over three years.

In addition, the Taiwan Affairs Office also negotiated with three commercial outlets in the Chongqing Liangjiang New Area to display agricultural produce from Nixi Township, where local citizens now have the opportunity to learn about and purchase the specialty products as they do their normal shopping. 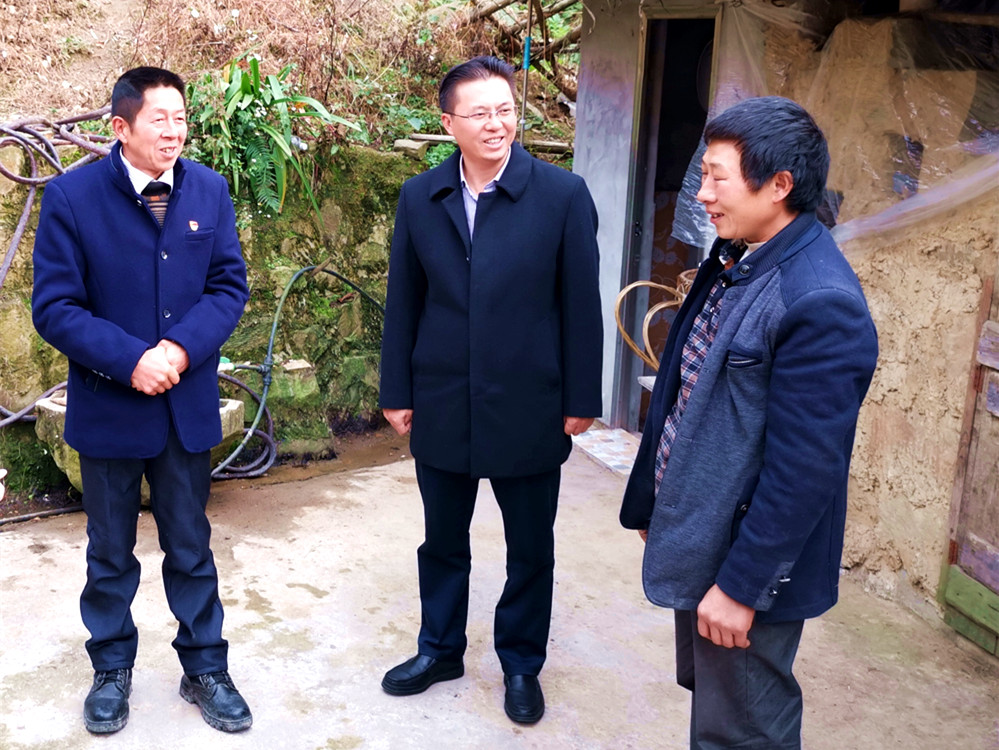 Furthermore, Nixi produce also went online through the e-commerce platform cunshop.com, which specializes in advertising for local agricultural products, and offers nationwide exposure so that customers may browse and make purchases conveniently through either the official website or mobile application.

In the early stages of the on-going epidemic, the Taiwan Affairs Office also provided Nixi Township with important medical supplies, including 7000 masks, large quantities of disinfectant, as well as winter coats for vulnerable residents.

On a personal level, the Taiwan Affairs Office assisted 16 villagers from Nixi to return to the Liangjiang New Area, where they worked for Taiwanese invested enterprises at a time when business was gradually reopening after the epidemic first broke out.

They also provided assistance to a local student from Yulin Village named Tian Yanyu, who faced having to give up on his university education due to impoverished circumstances. He was later able to complete his studies and work experience after Yuan Ye, a cadre from the Taiwan Affairs Office, successfully helped him apply for a range of financial support initiatives, which are formerly available to students from poor backgrounds.

(Many thanks to Mr. Liu Xingmin of Yunyang Rong Media for supplying aerial footage used in the video report, and the contribution of iChongqing intern Dominic Fu)