Chongqing- A national new area serves as a comprehensive and functional platform to undertake the strategic tasks of major national development, reform, and opening up.

Chongqing Liangjiang New Area is the third national-level development area for opening up in China and the first one in central and western regions. It is home to 60% of the automobile industry in Chongqing Municipality and half of the world’s Fortune 500 companies. Its gross domestic product, industrial output, and added value of the digital economy accounted for about 15% of the municipality total. Moreover, its foreign investment in actual use and foreign trade accounts for about 30%.

“Based on a new development stage, it’s a must to build an upgraded version of Liangjiang New Area, serving high-quality development of the economy in central and western China,” said Hu Wenlong, a research associate at the Institute of Industrial Economics of the Chinese Academy of Social Sciences and associate professor at University of Chinese Academy of Social Sciences.

The forefront of opening-up

The Liangjiang New Area is to seize favorable opportunities such as the China-EU investment agreement and the Regional Comprehensive Economic Partnership (RCEP), which will promote further opening up at an institutional level.

Hu Wenlong added that the internal conditions and external environment of regional economic development in China are currently undergoing profound and complex changes. Inland areas have gradually come to the forefront in both opening up and participation in international competition and cooperation. 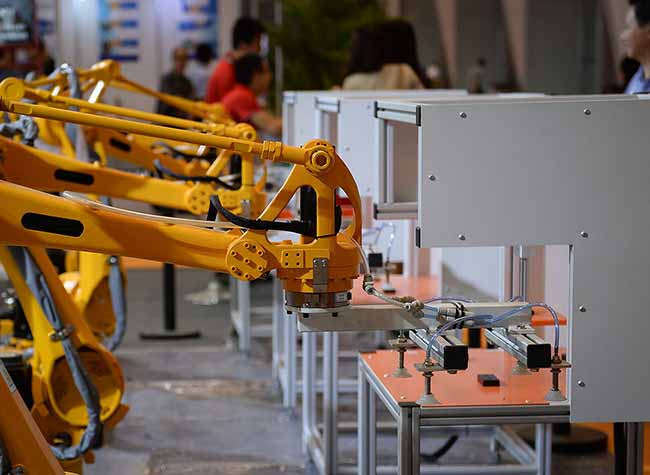 Chongqing Liangjiang New Area is the third national-level development area for opening up in China and the first one in central and western regions.

On the one hand, the world today is undergoing major changes unseen in a century. The international environment has become increasingly complex, while uncertainties and instability have increased significantly. International economic cooperation and competition are mainly reflected through major city clusters (metropolitan areas), while regional economic development has become the main carrier and ultimate support behind technological innovation and industrial agglomeration.

On the other hand, China has entered a new development stage, marking a new journey building a modern socialist country whilst marching towards the second centenary goal.

As the pandemic sweeps across the world, downward pressures on the economy have been intertwined with opportunity and challenges in the form of structural reforms. High-quality development in China’s western regions has offered new momentum for economic growth, stimulated domestic economic development potential, and has increased room for economic growth strategies. However, the main contradictions of unbalanced and insufficient development are of great practical significance.

Hu Wenlong believes it’s an inevitable choice for accelerating high-quality economic development in China’s central and western regions at this stage. Chongqing is an important highland for regional economic development. At the same time, the Liangjiang New Area is located at the strategic intersection in the Chengdu-Chongqing Economic Circle, Belt and Road, and the Yangtze River Economic Belt. It has become an important growth pole for the Chengdu-Chongqing urban agglomeration.

In this new regional economic development pattern, the unique location advantages, coupled with the existing strong development foundations, the Liangjiang New Area has clear advantages for assuming the key role in inland opening, with smooth connections to radiate influence on surrounding areas. 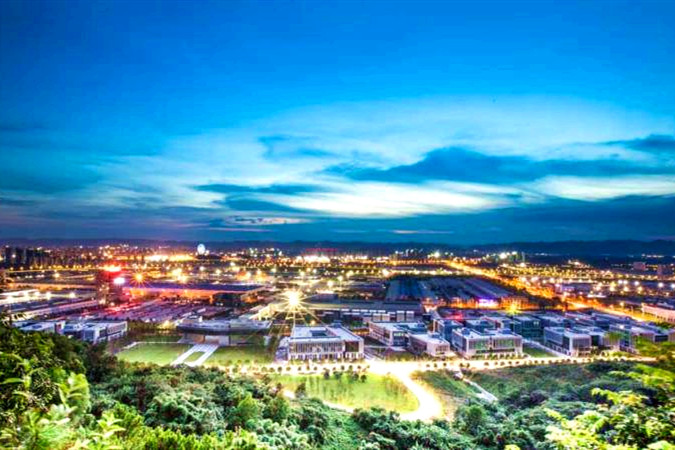 Liangjiang New Area has clear advantages for assuming the key role in inland opening, with smooth connections to radiate influence on surrounding areas.

City clusters are areas of China where innovative elements are concentrated, population density is high, industrial competitiveness is strong, and economic efficiency is optimal.

In terms of the regional development pattern of the four major national-level city clusters in China, the Chengdu-Chongqing Economic Circle is developing rapidly, and the potential for the regional economies and domestic market demand has become ever more apparent.

Xinhua news reported that at the sixth meeting of the Central Committee for Financial and Economic Affairs in January 2020, General Secretary Xi Jinping first proposed constructing the Chengdu-Chongqing Economic Circle to form an important growth pole for high-quality development in the west.

In May, the Communist Party of China Central Committee and the State Council issued a guideline on advancing the development of western regions in a new era to promote coordinated regional development, an occasion that marked the beginnings of the 3.0 era.

In October, the Political Bureau of the Communist Party of China Central Committee held a meeting to review a master plan for the construction of the Chengdu-Chongqing Economic Circle. It clarified that the circle is to become an important economic center, a center for scientific and technological innovation, a new highland for reform and opening up, a livable place with a high quality of life, and a crucial driver of the country’s high-quality development.

As the fourth largest national-level city clusters alongside Beijing-Tianjin-Hebei, the Yangtze River Delta, and Guangdong-Hong Kong-Macao, Chengdu-Chongqing will become an important growth pole and a new source of power to drive high-quality development nationwide.