It’s me. It’s been a long time, I know. Remember that girl all the way in Buenos Aires? I’m still here.

It’s now January 2021 – a full year really into this virus business. What can I tell you? I’m sure it’s nothing you don’t already know. The second wave is going around in the rest of the world. But, where I live, it’s like the first wave never really ended.

Since it’s getting warmer here and closer to summer, the biggest part of Argentine culture proves true – the desire to party. And it’s so worrisome. This is a place where people take rules, regulations, and guidelines as recommendations. So naturally, imposing further rules and restrictions is definitely challenging for people. It seems that some people just don’t care enough.
There are so many people who are tired of staying at home or tired of wearing masks, and tired of social distancing. I can’t tell you how many elderly people I’ve seen in pharmacies or other closed spaces without wearing masks (which have been mandatory here since March). There are illegal parties and gatherings indoors, with too many people, no social distancing…it becomes more of a struggle each day to just follow those rules yourself. And following those rules even now has some sort of social stigma attached too.
-Oh, we all know each other; we don’t need a mask.
-Oh, you’re so paranoid. Coronavirus is over.
-Everything has opened up again, so it must be better.
-Maradona died, so COVID isn’t as important as that. 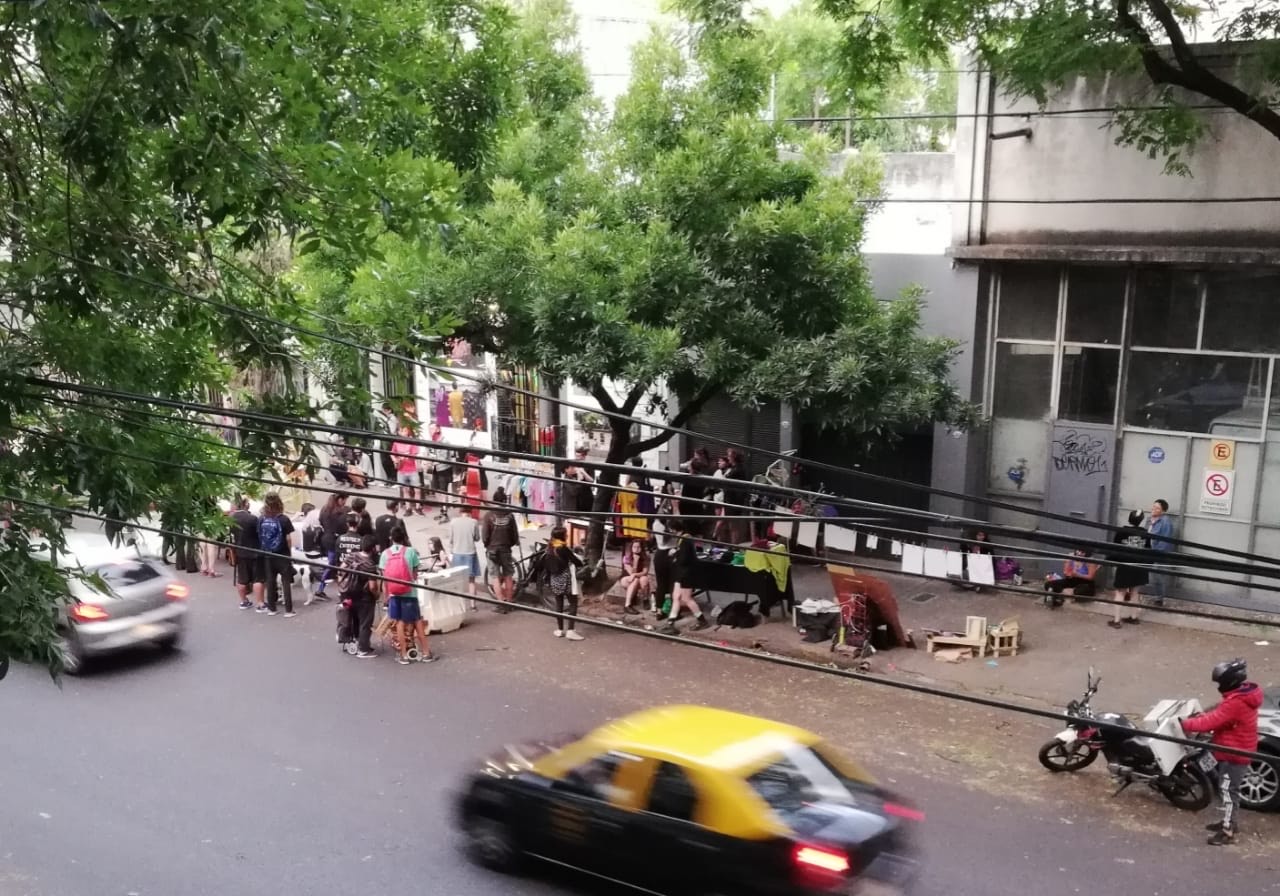 I’m sure I could go and on, but I won’t. You get the idea. And clearly, the situation was the same after countries in the northern hemisphere had their summer with bars and restaurants open and the like.
There was a point about a month ago or so when Argentina was in the 6th position for countries with the greatest number of cases. We are sitting around 9th now. Other countries are slowly going back into quarantine as the colder months hit. But what about here with the warmer months? The desire that people have to be out, do things, eat, and travel. 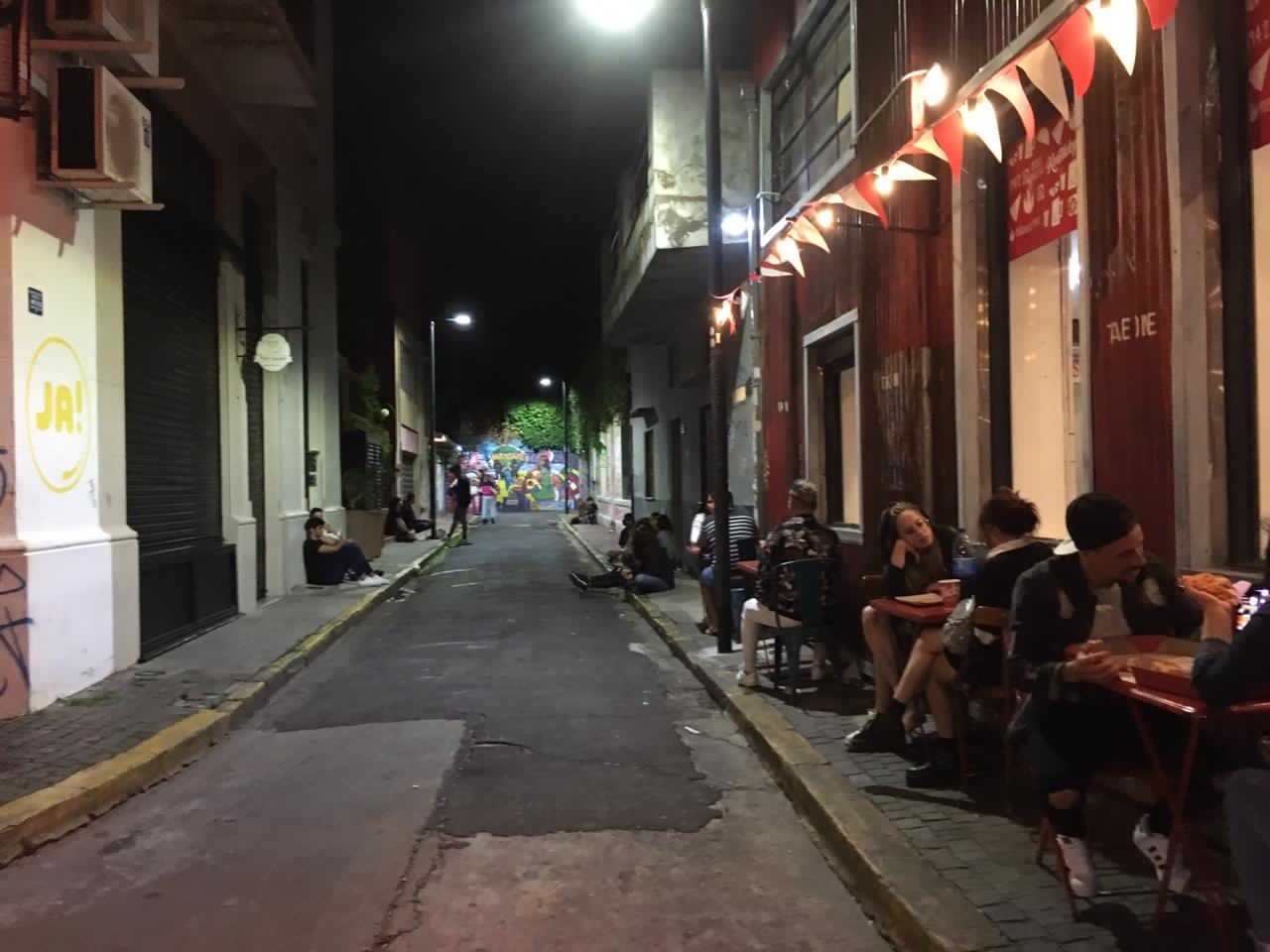 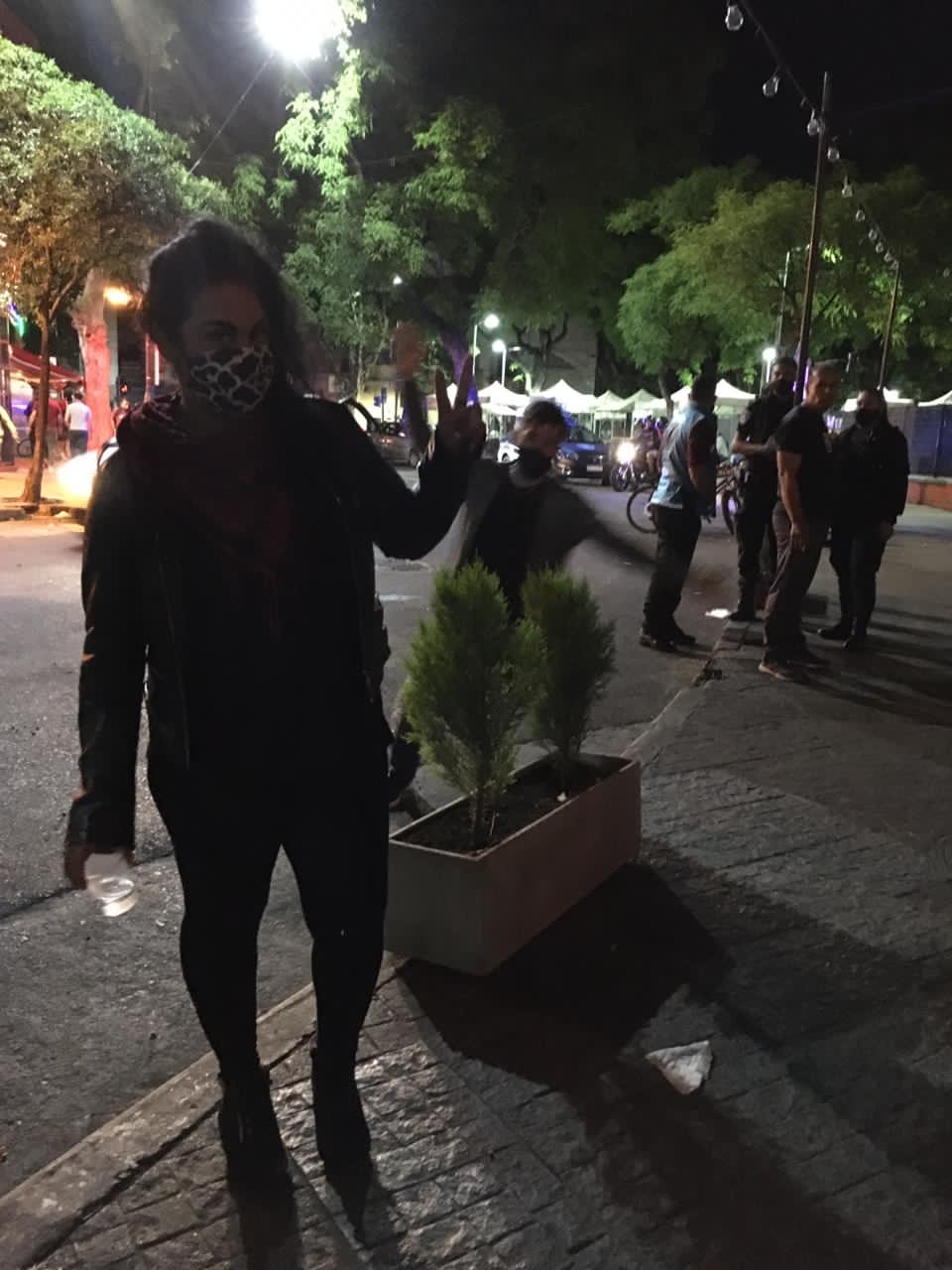 The death of Diego Maradona (widely regarded as one of the best football players in history) recently proved to be a disaster in the sense that the event was a tragic one that affected the country as well as the world. But it was almost as if the country stopped and left everything else on the back burner – including COVID. The family decided that they would have a wake and try to limit the number of people visiting to 500. Not quite sure who decided that would even be close to a good idea.
The reality is that here, for many people, Maradona (despite his disastrous personal life) was a symbol – a symbol where in moments where some people had nothing, they always had soccer and Maradona.
The wake quickly turned into a near riot. It was too difficult to control the number of people who wanted to pay their respects. At one point, the family decided to stop the wake, and all those people waiting in lines all day, in the end, couldn’t see the body. People rushed the Pink House (the government house) trying to see Maradona’s body, and apparently, the President and his administration had to hide the body so that people couldn’t access it. Kind of reminds me that Eva Peron’s body was stolen many years ago and hidden in Europe. You really gotta keep an eye on your dead here.
And, of course, naturally, cases spiked after that moment (not that they ever stopped going up). 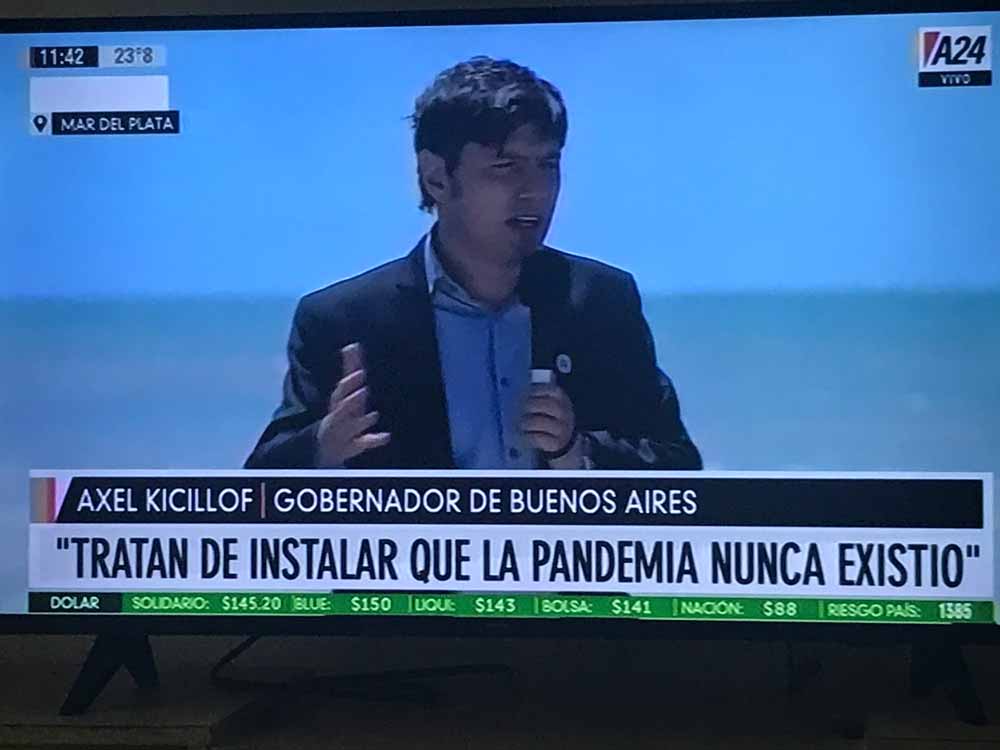 This is the type of confusing message transmitted from government officials. You are concerned about the number of cases, and now you have enabled parties of up to 200 people (outside).
It’s disconcerting to think about what could happen after the summer is over. Many people have said that Argentina cannot go through another lockdown. The economy is in rough shape. But this has always been a place with a tumultuous economic history. I have faith that the country would get through it, and people would find a way to be okay. If we don’t have another lockdown, the cases will just keep increasing. Now there are talks about a curfew. But the hours that they seem to be proposing would really do little to curve the spike in cases (in my opinion, of course).

The thing has mutated now. I’m sure you’ve heard about that too – it was kind of a predictable situation. It was only a matter of time before that was going to happen.
Does that mean the vaccines being produced will still be effective?
There are so many rumors going on in the world regarding vaccines. As far as I know, none of them seem to be 99% effective. That’s disturbing. But they have already started rolling them out in various countries. 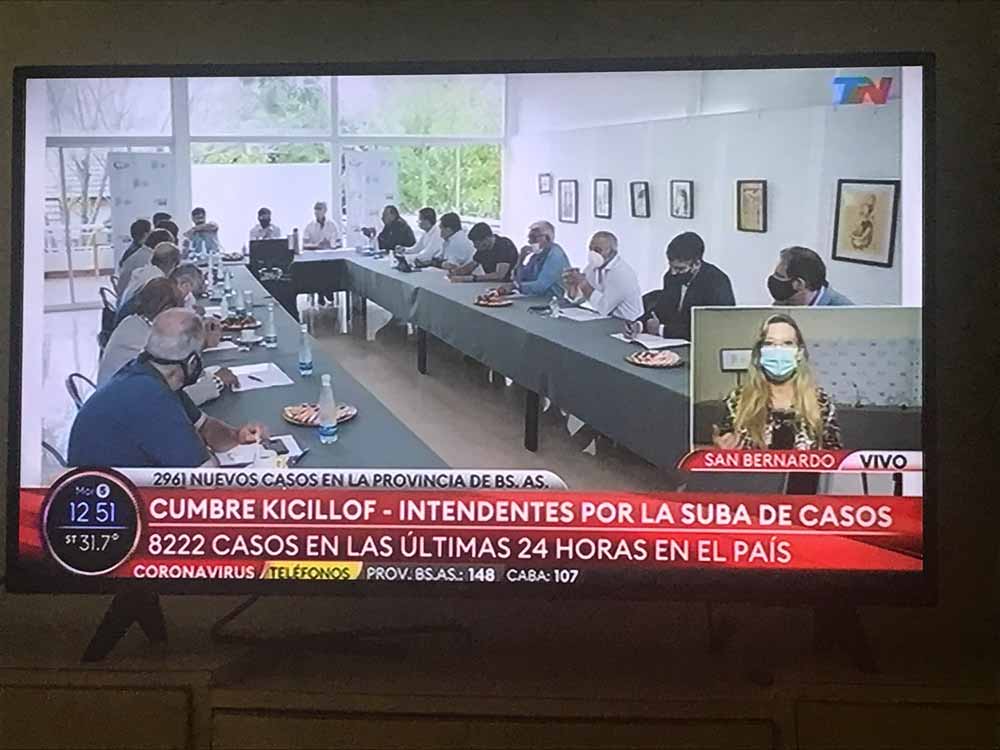 Christmas and New Year’s were both disasters here. I tried to make sure that I didn’t participate, and so I went outside of the city to a friend’s place, where festivities involved singing karaoke and drinking cider. A lot better than risking a party. I saw the pictures of overcrowding and not one person wearing a mask. Absolutely terrifying.
Quarantine? Curfew? Vaccination? What will help? Who knows – but after living a year with all of this uncertainty, I wish I could say I was used to it. But I’m definitely not. Many people have hopes that this year will be better than last, but it will be anyway because we are already used to living in times of pandemic. Hopefully, last year has taught us how to be safe and resourceful enough to withstand any other kind of life change that comes our way. 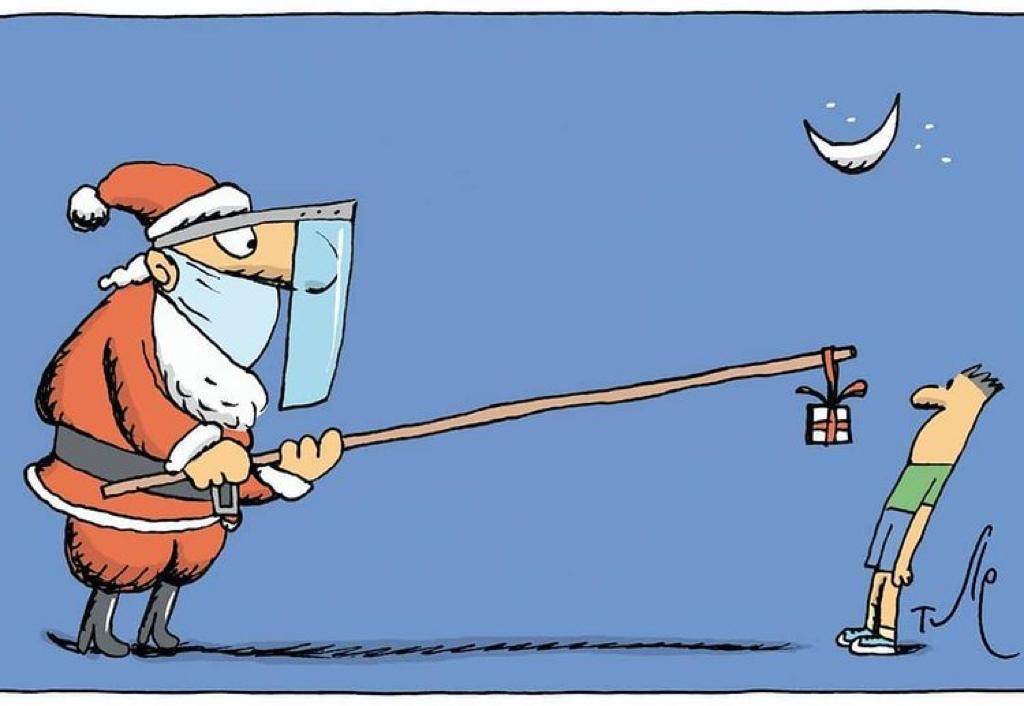