Chongqing- How will Chongqing promote the construction of the Western (Chongqing) Science City in the next five years?

Chongqing will make efforts from five aspects of building platforms, revitalizing industries, gathering talents, improving the environment, and enhancing quality, to make sure the Science City to be a home for scientists and entrepreneurs, said Xu Hongbin, Party Committee Secretary and Director-General of Chongqing Science and Technology Bureau.

There was a time when high-end talents competed to gather in the most prosperous areas of China, including Beijing, Shanghai, Guangzhou, and Shenzhen. But now, numerous talents focus on another place of hope—Western (Chongqing) Science City. 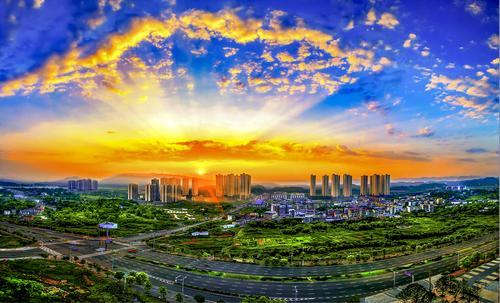 At the Chongqing Talents Conference held last November, the Science City released an announcement to attract talents around the globe. It planned to attract more than 20,000 talented professionals worldwide in three years, with an annual salary of up to 800,000 yuan (about 123,739 U.S. dollars).

The Science City never stops building a special zone for talents. During the 14th Five-Year Plan period, the Science City will be committed to building a high-level R&D platform, where it strives for the completion and application of the Chongqing Institute of Big Data of Peking University and the International Institute of In Vitro Diagnostics of Chongqing Medical University, in a bid to enhance the concentration and competitiveness of scientific research, said Shang Kui, Director of the Management Committee of Chongqing High-tech Industrial Development Zone (CQHT).

Based on the abundant resources of high-level talents, and scientific and technological innovation of Peking University, the Chongqing Institute of Big Data will enhance the theoretical research in big data and AI, and prompt the transformation and upgrading of regional traditional industries, as well as the development of the digital economy. It aims to build an internationally influential and leading platform for talent gathering and cutting-edge research and transformation.

“This signing signifies that the CAS and Chongqing have entered a new stage of cooperation,” said the relevant person in charge of the Chongqing Science and Technology Bureau. He stated that the Chongqing Science Center, which serves as an important part of the CAS in the Chengdu-Chongqing economic circle, will gather more superior innovation resources and boost in-depth cooperation among enterprises, research institutes, and universities.

“Attracting global talents requires a positive environment, where the environment is deepening in the reform of the science and technology system, and improving in the innovation service system,” said the relevant person in charge of CQHT. “We hope that the innovation potential and vitality can be fully released here at the Science City.”

Since the beginning of this year, the Science City has implemented the “Mutual Recognition of Certificates and Licenses” of the High-tech Zones between Chongqing and Chengdu, with a target to promote the integration of Chengdu-Chongqing market supervision cooperation, and further reduce corporate costs and simplify the application procedures.

According to Shang, the Science City will utilize big data to delegate management and services in the future, and comprehensively implement reform measures such as “Internet + government” service, to minimize steps, materials, and time when handling business matters. By providing more efficient, convenient, and intelligent government administration services for enterprises and individuals, the Science City aims to create a first-class business environment around the world.

Shang continues, 2021 is a pivotal year in the construction of the Science City. CQHT is aiming to strengthen the application of guided investment, emphasize the technological standard of projects, foster a batch of new platform-based ecological enterprises and high-tech industry headquarters, with major projects on the 10 billion yuan (1.6 billion U.S. Dollars) scale.

Meanwhile, CQHT is to build a modern production system based primarily on the health industry, new-generation information technology, and high-tech services. It will plan to accelerate the digitization of production and the remodeling of big data internalization, to create a manufacturing stronghold in Chongqing. 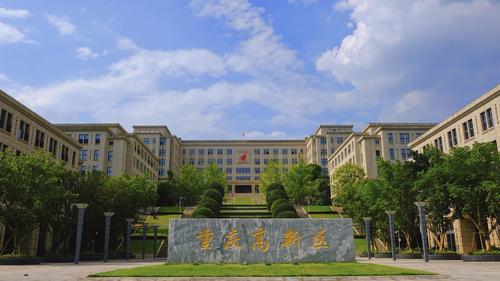 CQHT is to build a modern production system based primarily on the health industry, new-generation information technology, and high-tech services. (File photo)

A total of 17 comprehensive health projects to be settled at the Science City were collectively signed, with a total contractual value of 17.37 billion yuan (about 2.69 U.S. dollars). This was coming from a recent press launch held by the China Medical Equipment Innovative Development Summit and Western (Chongqing) Science City Comprehensive Health Industry Planning Conference.

A representative of CQHT expressed that the signed projects relate to subdivisions of the bio-medical industry, including bio-medicine, molecular chemical medicine, orthopedic consumables, in vitro diagnosis, and regenerative medicine. They also include the field of specialized financial services for the industry such as production funds and specialty insurance in bio-medicine.

He said, once realized, the projects will complete the ecological chain of the comprehensive health industry development, refine the production environment and further promote the construction of the Science City.