Birth of the 14th Five-Year Plan in Chongqing

From the national level to the provincial and municipal governments, they have compiled their own development plans for the next five years. So how was this plan compiled?

First Step of the 14th Five-Year Plan in Chongqing

How was the 14th Five-Year Plan was compiled in Chongqing? (File photo)

At the 2021 Two Sessions Chongqing, Yuan Tianchang, Deputy to the NPC Chongqing and chairman of the Financial and Economic Committee of Chongqing Municipal People’s Congress, Yi Xiaoguang, member of the CPPCC Chongqing and dean of the Chongqing Comprehensive Economic Research Institute, and Dong Jianguo, Director of the Chongqing Development and Reform Committee, focused on the formulation and implementation of the 14th Five-Year Plan, and gave their advices. 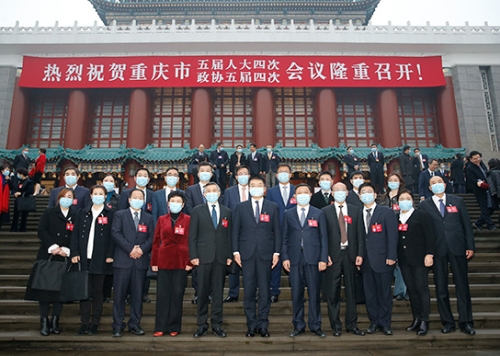 Proposals Bring Together the Wisdom of the City

The Proposals draws extensively on opinions and suggestions from districts, counties, and different municipal departments of the city. In addition, the CPC Chongqing Municipal Committee also held seminars for entrepreneurs, experts, scientific research institutes in universities and colleges to collect everyone’s opinions. It also carried out in-depth “Internet inquiry “, the broad masses of people made suggestions in various ways, and successively collected more than 1,000 valuable suggestions.

Moreover, after the draft of the Proposals finished, the Municipal Party Committee formally solicited opinions from various districts, counties, and departments. The Proposals bring together the wisdom of all aspects of the city. 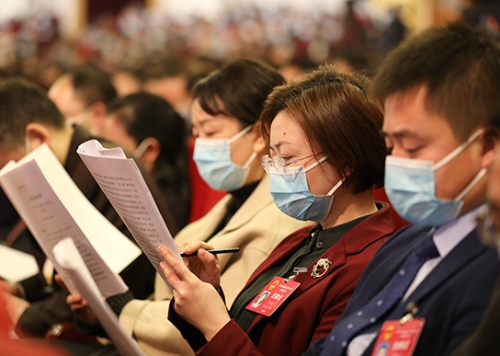 The Proposals bring together the wisdom of all aspects of the city. (File photo)

How to scheme the development of the 14th Five-Year Plan?

Yuan introduced that a series of work have been carried out since 2020. This includes paying close attention to the progress of the planning and preparation by Municipal People’s Government; conducting in-depth investigations and studies to provide opinions and suggestions; and listening to the in-depth opinions raised by different representatives.

Last March, the Chongqing Development and Reform Commission held the “14th Five-Year Plan of Citizens Suggestions Activity” in Chongqing. Citizens were able to scan the QR code of the questionnaire to complete online suggestions and suggestions.

Dong said, public opinion was extensively collected during the compilation process. More than 2,000 valuable opinions and suggestions were collected. Among all, transportation, education, medical care, and elderly care are the focus of citizens living in the city.

In addition, last November,for pertinence and social participation of the 14th Five-Year Plan on Water Security in Chongqing, the Chongqing Water Conservancy Bureau invited citizens from all walks of life to provide suggestions and strategies, for purposes of making the best use of water and protecting resource, allowing the plan results to be accurate and diverse.

Yuan said, to ensure the smooth implementation of the plan, the Chongqing Municipal People’s Congress and its Standing Committee will urge the municipal government and relevant departments to implement the plan.

Specifically, this involves linking the five-year plan with the annual plan in terms of policies, tasks, goals, and projects, determining the focus of the annual work in accordance with the clear development direction of the planning outline, decomposing the overall goals and tasks of the five-year plan into annual plan goals and tasks year by year, and promoting the effective implementation of the plan effectively and orderly.