Chongqing – The Consulate General of Belarus in Chongqing opened on the 28th. The consulate area covers Chongqing, Sichuan, Gansu, Shaanxi, and Yunnan. 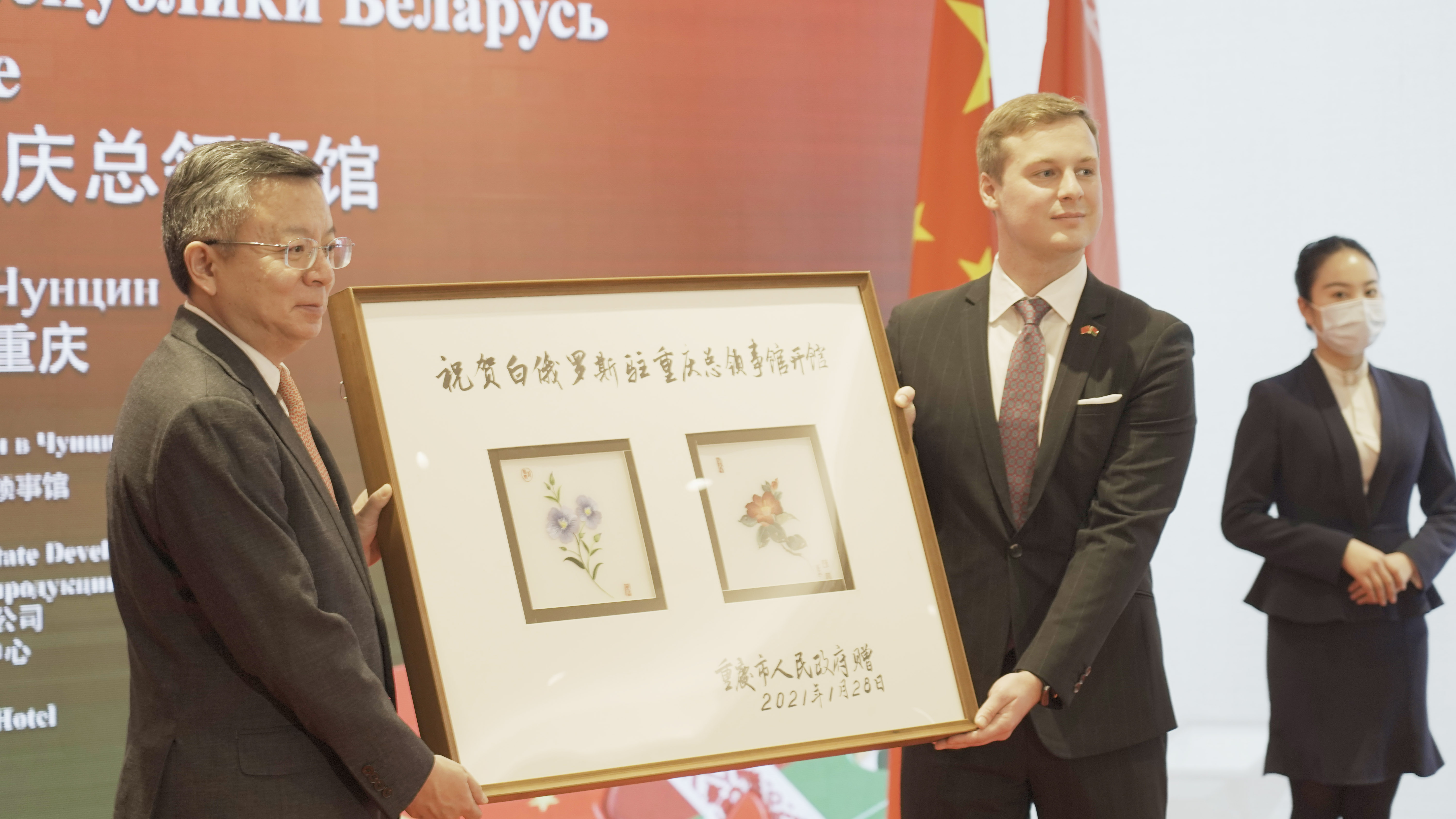 Li Bo, Deputy Mayor of Chongqing, sent the gift to the consulate general of Belarus in Chongqing

In recent years, in the context of the continuous development of China-Belarus friendly relations, Chongqing and Belarus have promoted the vigorous development of exchanges and cooperation in various fields with the China-Europe Express (Yuxinou) as the link. In 2020, under the influence of the global economic downturn and the COVID-19 pandemic, the exchanges and cooperation between Chongqing and Belarus in culture, tourism, education, electronic technology, agricultural machinery, and agricultural technology, etc. rose against the trend, and the total import and export value reached 620 million and an increase of 128%. Chongqing has established friendly relations between Minsk and Wanzhou county, Koper, and Yubei district. The sister cities have watched and helped each other in the joint fight against the COVID-19 pandemic with mutual assistance.

Yuri Senko, the ambassador of Belarus to China