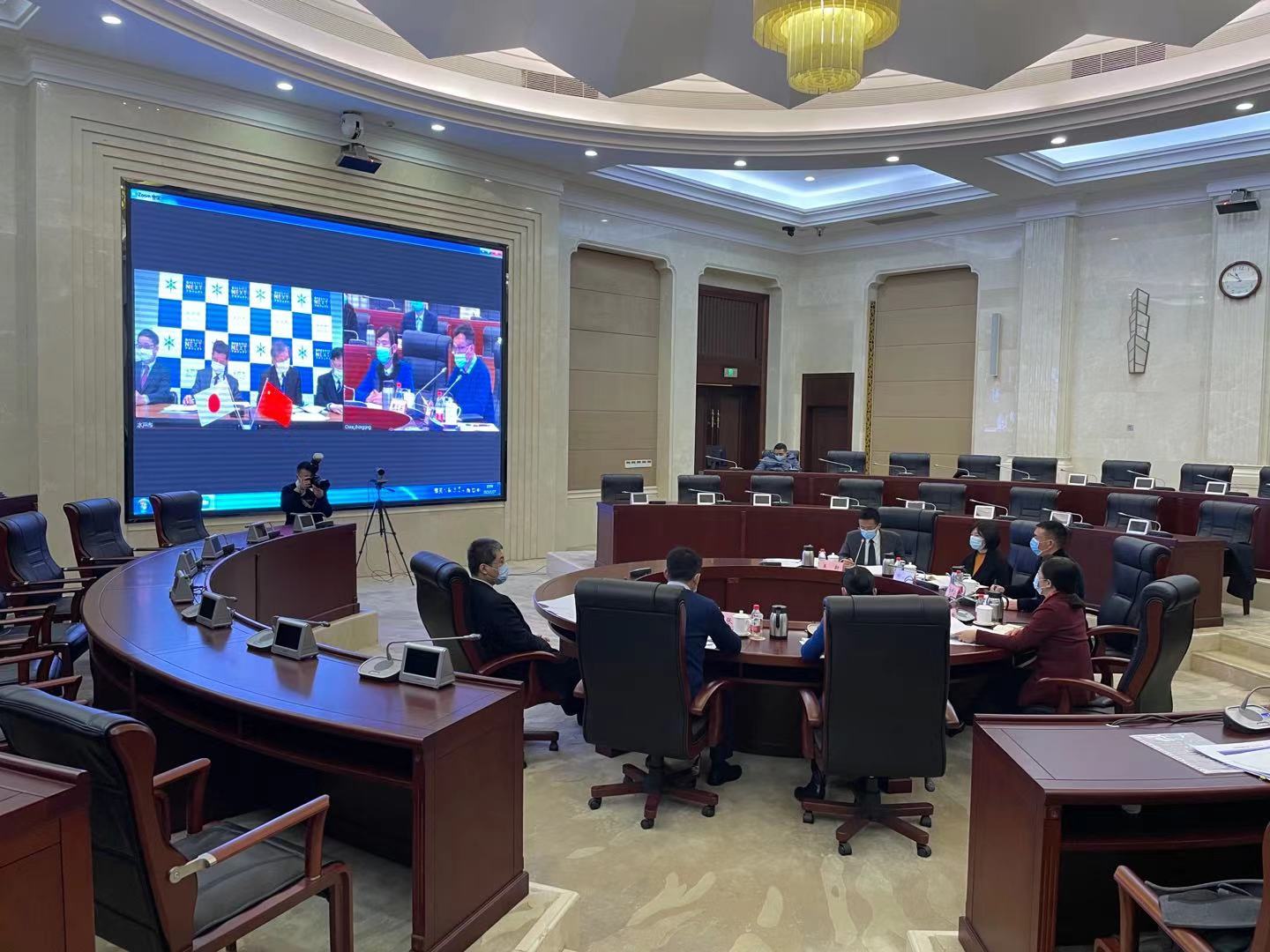 The videoconference was part of the continued efforts to celebrate the 20th anniversary of establishing friendship-city relations between Mito and Chongqing.

The Chinese delegation was headed by Wang Wen, deputy director of the Chongqing Municipal Foreign Affairs Office (MFAO), and consists of district government officials from Jiulongpo, Tongliang Chengkou, representatives from relevant enterprises, and some other MFAO officials. 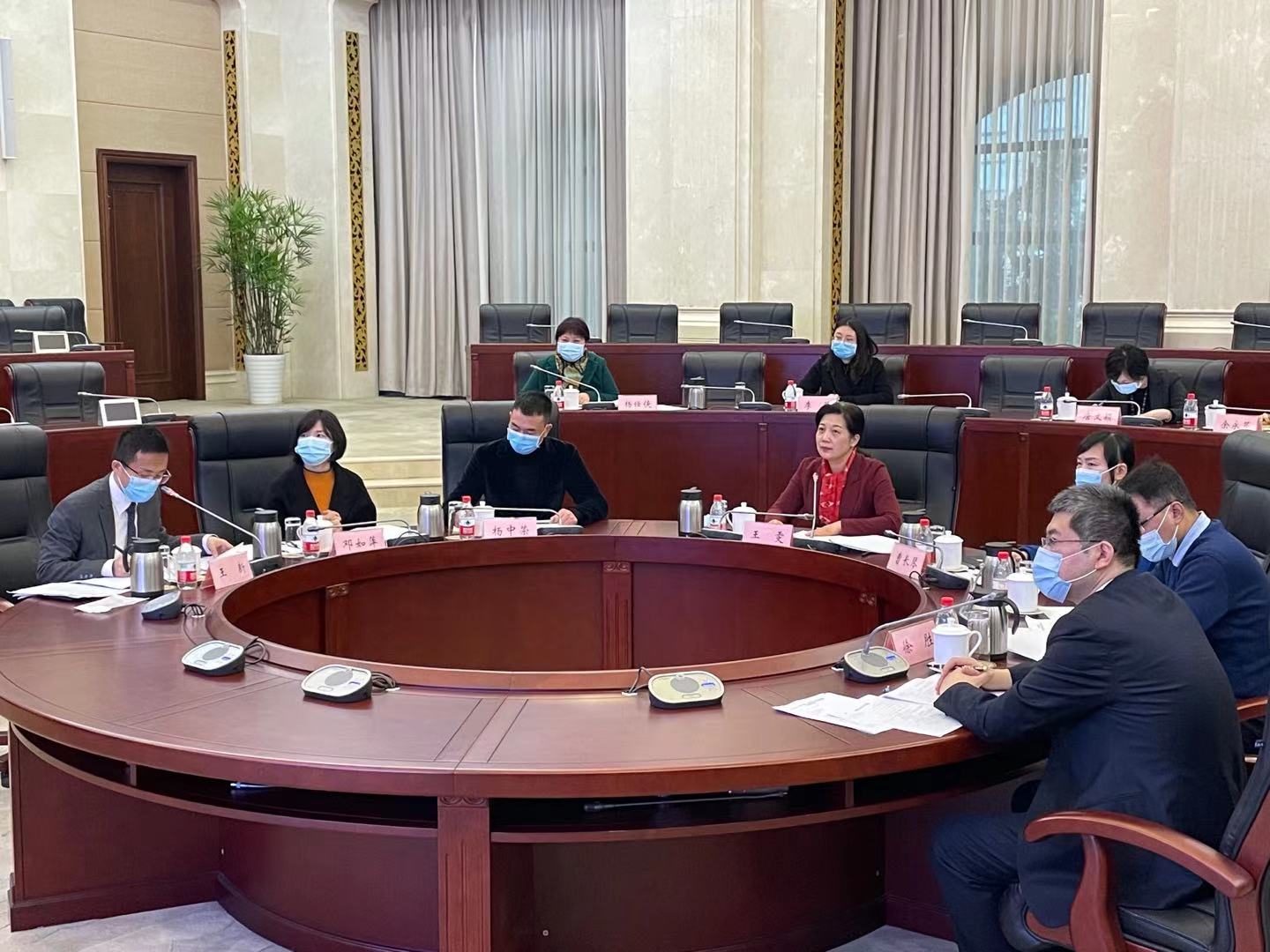 “The friendship of Mito and Chongqing has endured the test of time and survived limits of geographical boundaries. We’ve always supported each other in times of difficulty, especially during the COVID-19 pandemic,” said Wang.

“I hope this virtual meeting can serve as a turning point for us to further exchanges and collaborations in sustainable development, urban management, and waste classification.” 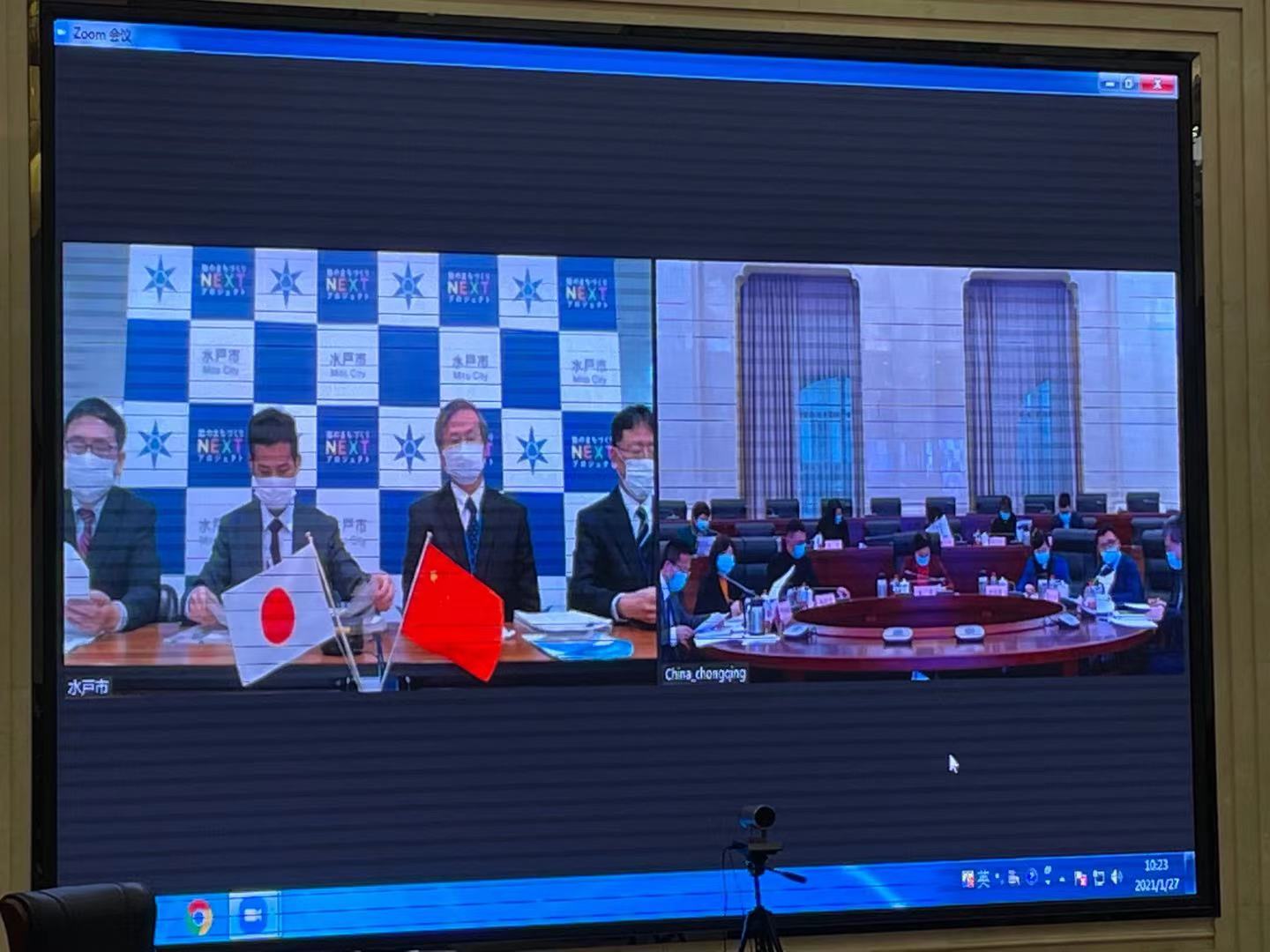 A still frame of the screen capture during the virtual meeting via Zoom.

First, the section chiefs for waste reduction, cleaning, and garbage disposal under the Mito Municipal Living Environment Department talked about waste classification methods, inspirations to the citizens, waste collection methods, and the basics about a local waste incineration plant.

Then, the counterpart officials from Chongqing’s Jiulongpo District, Tongliang district, and Chengkou county talked about their own waste classification and treatment methods and related issues.

A question & answer session was also set up near the end of the video conference, where representatives from each side gave detailed explanations and recommended solutions to questions raised by the other side.