Total retail sales of consumer goods increased by 1.3% to reach 1.7872 trillion yuan (about USD 277 billion), second only to Beijing and Shanghai. The growth rate was higher than the national average of 5.2 percentage points, ranking 4th in China.

Urban commercial vitality was promoted according to a development pattern set for urban business districts. There were 23 new municipal-level specialty commercial streets and 17 Chinese food streets, while Jiefangbei was designated as a national demonstration pedestrian street by the Ministry of Commerce. 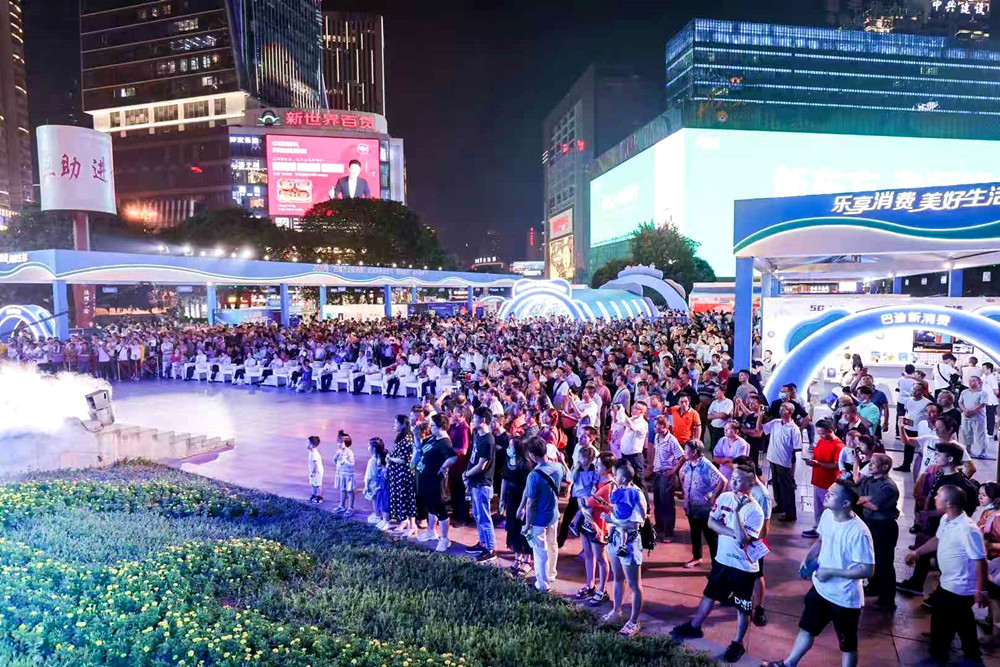 Citizens enthusiastically attend an event held during the Chongqing consumer promotion month in the commercial center of Guanyinqiao.

The Chongqing night economy was vigorously developed, as 33 urban night market areas were built, allowing Chongqing to rank first among the top ten most influential night market cities in China, according to a joint release from Tencent and Outlook Think Tank.

Brand consumption was promoted through the four economic clusters of Jiefangbei, Chaotianmen, Guanyinqiao, and Jiangbeizui, along with the Jiefangbei tax rebate demonstration zone. In Chongqing, over 300 internationally renowned brands were introduced, as well as 292 first brand stores in the city. Over 2,000 online business outlets were set up for imported goods and 63 for international departure tax refunds—meanwhile, the project of Chongqing goods cultivated 19 Chinese time-honored brands and 241 Chongqing time-honored brands.

The resumption of business and markets proceeded swiftly with the assistance of policies aimed at both epidemic control and economic development. Guidelines were formulated and issued for 10 industries such as retail and catering, which scientifically clarified positive and negative lists for business resumption in all districts and counties, all whilst effectively hedging against impacts from the epidemic.

At the end of February, low and medium-risk districts and counties were promptly designated for commercial and business premises to open gradually. As a result, customer flow and turnover in major commercial districts saw a continued recovery, as they led to the restoration of business and markets nationwide. 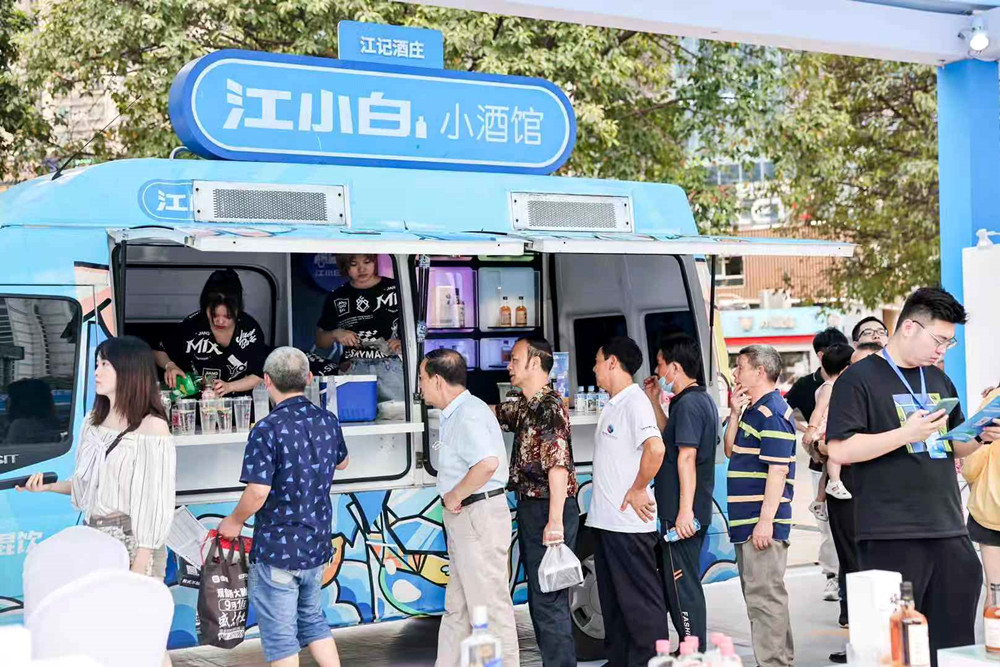 Towards the end of March, it was proposed that control measures be withdrawn in a timely manner due to the record of zero cases in medium to high-risk areas in Chongqing. Normal operations were restored for business premises, including dine-in restaurants except for services for large gatherings. The Yukang health code policy was fully implemented among a series of four comprehensive requirements.

In mid-April, customer flow in major commercial districts had recovered to 70% of the usual level, while the resumption of business within quarter-hour consumer circles reached 90%, and catering firms attained a figure of 91%. 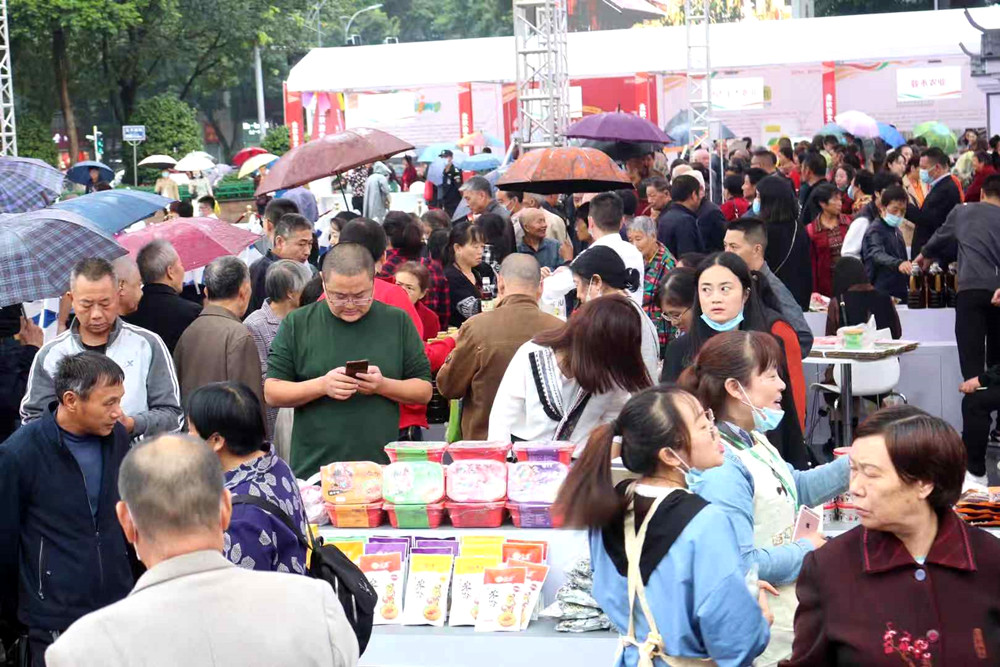 In the automobile industry, a special business development fund was set up to encourage replacements and upgrades, a move which saw the value of annual auto sales invoices increase by 13% year-on-year, as retail sales registered by scale automobile enterprises amounted to 102.09 billion yuan, an increase of 6.8%.

Major retailers Chongqing Department Store, Suning, and GOME, organized home appliances trade-in promotions throughout the municipality and sold over 36,000 item products with a total sales of 210 million yuan. The sales of scale household appliance enterprises totaled 26.866 billion yuan, to increase of 0.7% on the previous year.

Collaboration between government and enterprise, districts and counties, as well as business, travel, and culture was undertaken to integrate online and offline platforms, such as themed events the golden autumn consumption festival. More than 60,000 online and offline companies were mobilized through over 12,000 various promotional activities, where consumer vouchers worth nearly 500 million yuan were issued to drive market recovery and recoup lost earnings. 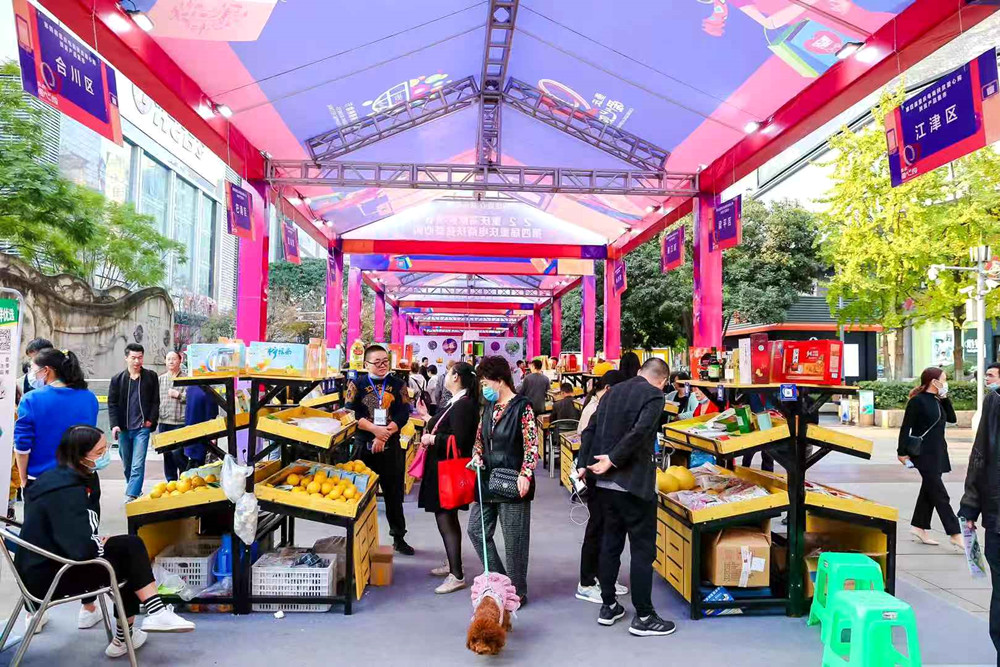 Platforms such as Alibaba and Tencent worked in conjunction to guide physical enterprises on seizing new opportunities presented by online business formats, services, and management. As a result, nearly 30,000 merchants underwent an online transformation, as the internet + consumption ecosystem was further enhanced.

Live e-commerce broadcasts numbered almost 100,000 and achieved retail sales in excess of 5 billion yuan. Over 2020, online retail sales for a business in the municipality increased by 45%, a figure 31.3% higher than the previous year.

At the same time, invoices for internet, information, and business services increased by 37.9%, 39.1%, and 15.8%, respectively, while rural online retail sales and agricultural products increased by 11.2% and 39.3%. 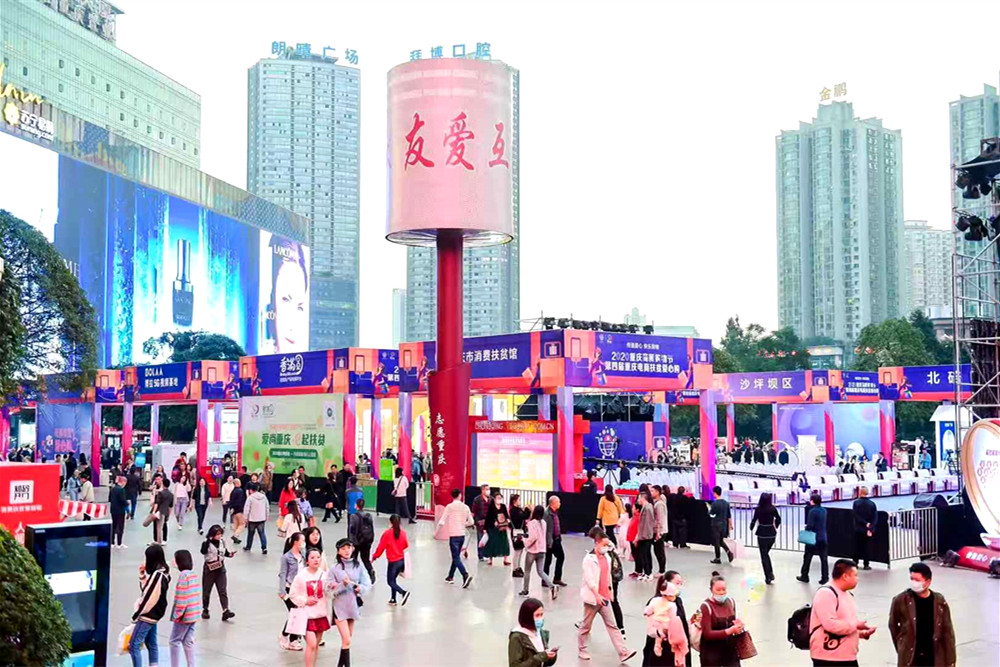 Consumer events organized in Chongqing over 2020 received a positive response from the public as the economy regained stability.

Internet consumption campaigns such as Chongqing Express Delivery were held, spurred by over 70% of residential communities having smart retail terminals set up. In this endeavor, the focus was placed upon setting up Quarter-hour convenient living circles, which promoted the smart development of branded retail chain enterprises in the city.