As an important window of inland opening-up, Chongqing Lianglu Cuntan Bonded Port Area continued to ramp up its high-quality development momentum, achieving a total import and export volume of 151.384 billion yuan (about 23.5 billion U.S. dollars) in 2020, increased by 22% year on year, according to Liangjiang New Area on February 6. Its foreign investment in actual use reached 1.242 billion U.S. dollars, up by 96.6%, and Lianglu Cuntan Bonded Port Area ranked first among the fourteen bonded port areas in China in the total import and export volume. 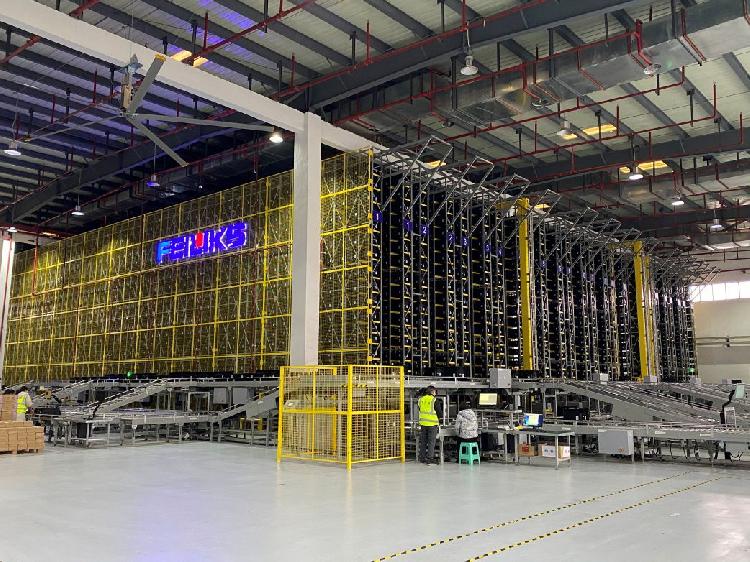 Chongqing Lianglu Cuntan Bonded Port Area ranks first among the fourteen bonded port areas in China in the total import and export volume in 2020, as its foreign investment in actual use reached 1.242 billion U.S. dollars, up by 96.6% year on year. (Photo/Chongqing Liangjiang New Area).

The area’s industrial output value has maintained double-digit growth for three consecutive years, and the effective on-stream time of the year was less than ten months. This case stabilized the industrial foundation and is expected to drive industrial value-added growth of 17.5%. Additionally,  Lianglu Cuntan Bonded Port Area also expedited the implementation of intelligent transformation of smart terminal enterprises in the bonded port area, with the average production efficiency rising by 15%.

In 2021, Lianglu Cuntan Bonded Port Area will make full use of the function adjustment period of the water port. In the water port area, it will take the Cuntan international new town construction as an opportunity to speed up the building of the Belt and Road Commodity Exhibition and Trading Center, etc. It will also actively build an international consumption cluster to help promote an international consumption central city’s construction. Moreover, it will focus on the general idea of integrated development inside and outside the network to build three major industrial clusters with competitiveness and influence for advanced manufacturing, bonded trade, and international logistics in the airport area.