Chongqing – The peripheral counties and districts of Chongqing are home to many of the city’s intangible cultural heritages, which attracts millions of downtown Chongqingers and culture-savvy tourists from the rest of the world each year to see and experience a different lifestyle.

Grandson (R) and Grandpa (L) walk the donkey (Center) to the local market with neither of the duo riding the donkey.

The Liangshan Lantern Opera in northeast Chongqing’s Liangping District is one of those rarely seen cultural treasures that have the magic power to make your toes curl and keep your heart yearn. 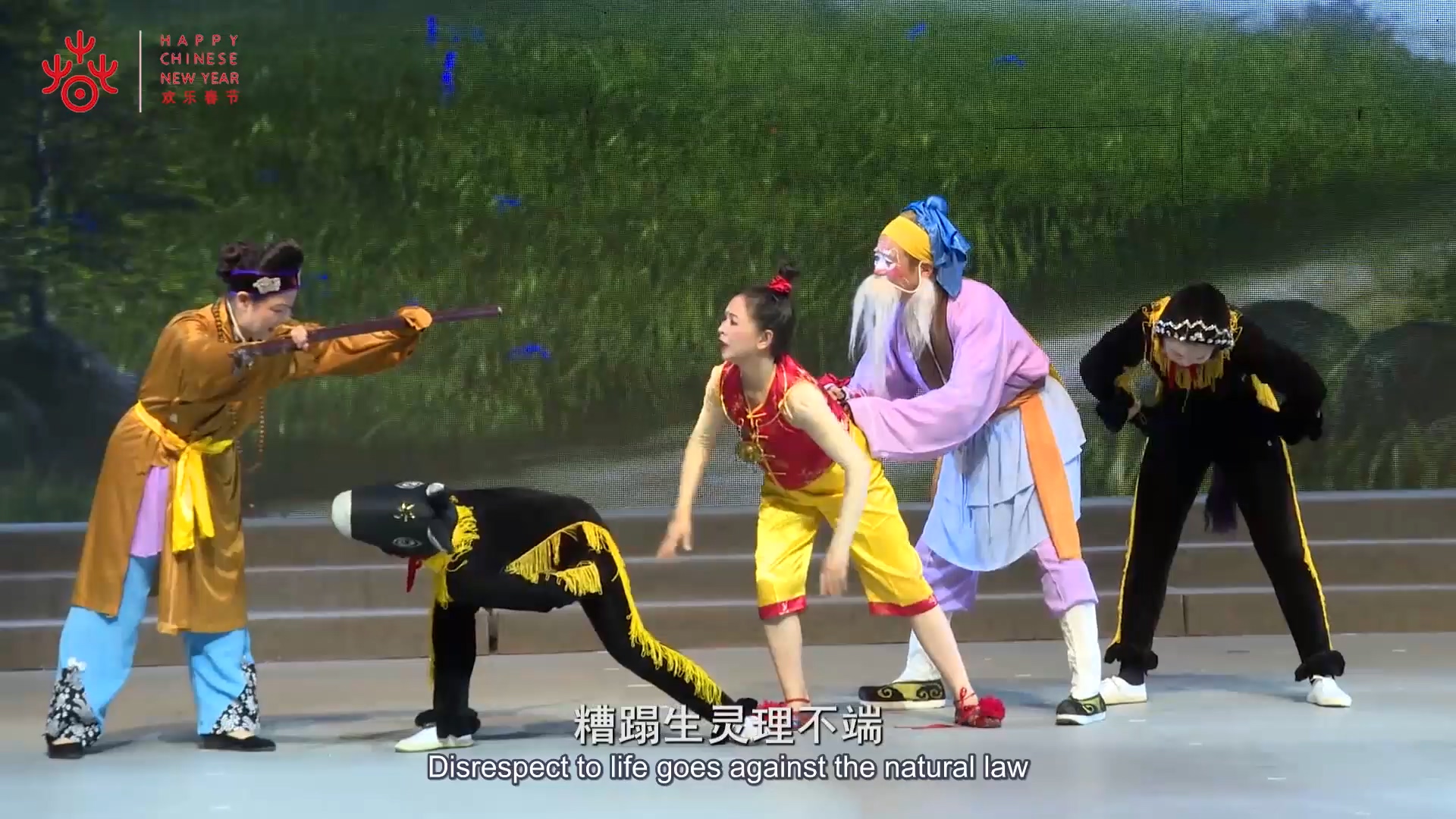 An old woman waves her crutch in the air to stop the duo from forcing the donkey by carrying both of them.

As a time-honored traditional folk drama form being performed by the local people of Liangping, historically known as Liangshan, the Liangshan Lantern Opera was listed as a national-level intangible cultural heritage back in 2006 and has since enjoyed widespread popularity among the country’s folk opera fans and national and international tourists who take a special interest in exploring traditional dramas and regional operas. 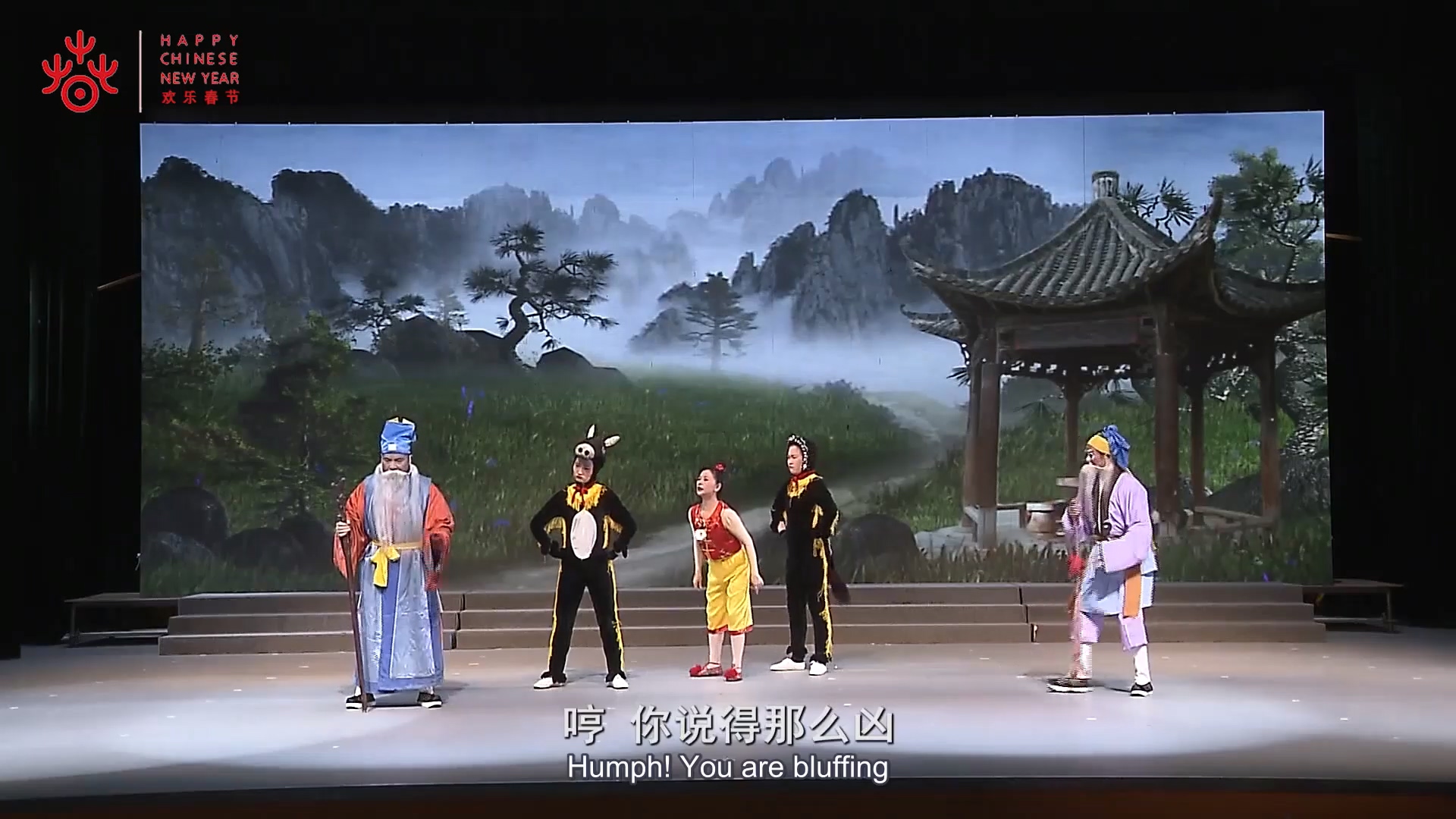 A wise man mocks the grandson for riding the donkey alone and letting his grandpa walk.

In this special episode of Liangshan Lantern Opera featuring hilarious conversations between an old man and his grandson over who should ride the donkey to the local market, the choreography, background music, standard local dialect, and the thrilling acting of both actors are all too perfectly showcased the characteristics of Liangping people and local customs and traditions.