Chongqing – With the 2021 year of the ox Spring Festival at the door, many people are carefully preparing for their long-awaited 7-day holiday for fear of wasting even a single minute of this once-in-a-year opportunity to relax their bodies and souls, especially with the grueling aftermath of the COVID-19 pandemic since early last year. 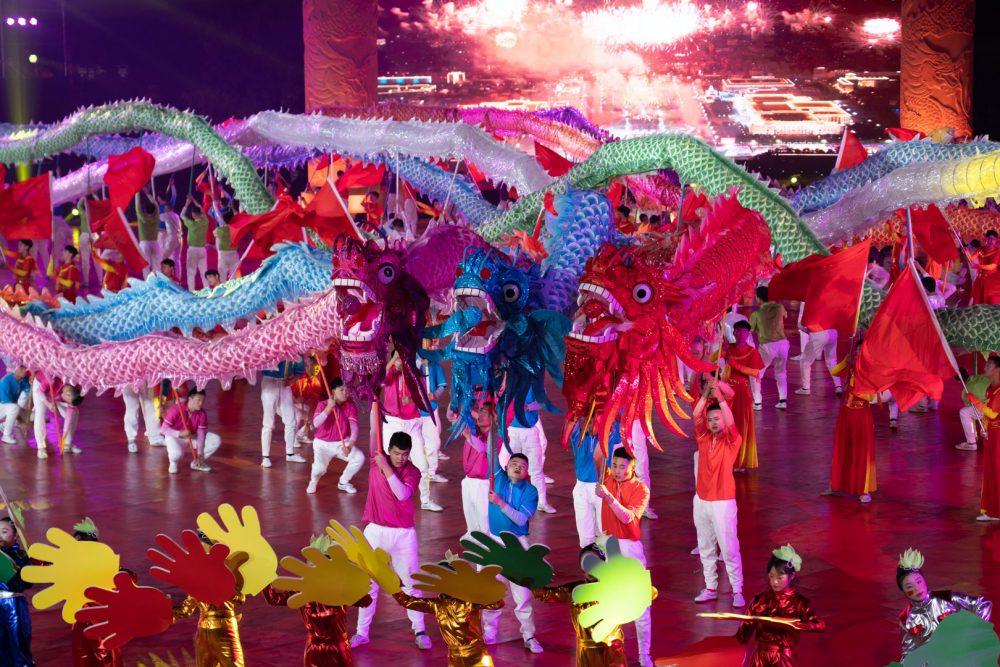 On the night of January 2, 2020, the Second Tongliang Chinse Dragon Dance & Lantern Art Festival kicked off at Xuantian Late in Tongliang District.

This year’s Spring Festival could indeed prove to be a lot different from previously when people were still able to move around the country without much restriction because both the central and various levels of local governments are vigorously incentivizing people, especially migrant workers, to stay put during the holiday out of concerns for epidemic control and prevention. The specific travel requirements might differ from city to city; however, people can still travel to and from relevantly lower-risk areas.

For people opting to spend the Spring Festival holiday within the southwestern municipality of Chongqing, locals, migrant workers, ex-pats alike, the national intangible cultural heritage of Tongliang Fire Dragon Dance in northeastern Tongliang District might be one of the safest bet and most worthy-to-see traditional folk cultures in Chongqing. 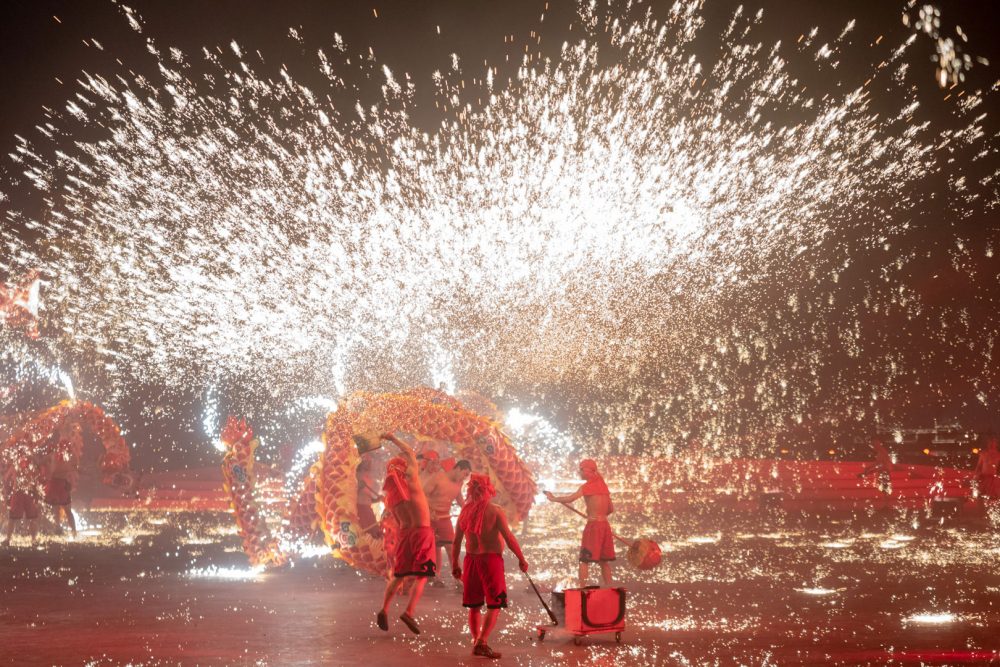 Dragon dancers smoothly move the dragon around with melted iron liquid splashing across the sky.

According to local beliefs, the Tongliang Fire Dragon Dance has the sacred power of casting off calamities and disasters, shielding against bad lucks, promising bumper grain harvests, and spelling blessings for the local community.

The melted iron water splashes across the sky, lighting up the whole stage where artists smoothly manipulate the swaying dragon on top of their poles, the wonders and splendors of which could only be fully appreciated when you watch the performance close up.

As a representative art performance of the Chinese dragon culture, the Tongliang Fire Dragon Dance has been staged during the 35th, 50th, 60th, and 70th anniversaries of the founding of the People’s Republic of China, as well as the 2008 Beijing Olympics Game, and 2010 Shanghai Expo. It has also been performed on occasions of the various national and regional cultural exchanges with more than 30 countries, including Singapore, Turkey, and the United States.