Celebrate the Chinese New Year with the Carp Lantern of Dazu

Chongqing-The Carp Lantern has a long history of over 1200 years. According to legend, in the ancient times after Dayu’s success in water control, five kids played the role of fish, dancing lightly, which was called “five carps jumping over the goal can be transformed into the dragon “. It means the jubilation and celebration for the merits of Dayu from the aquatic creature. This legend is the prototype of the earliest carp lantern dance.

As early as the reign of Emperor Kangxi of the Qing Dynasty，there was a record of the lantern show performance in the Baoding Pilgrim Fair. In the 1950s, Zhou Shuren and other folk artists changed the traditional carp lantern into a lovely chubby one, creating some performance routines like “carp padding in the water” and “carp jumping over the goal can be transformed into the dragon”. 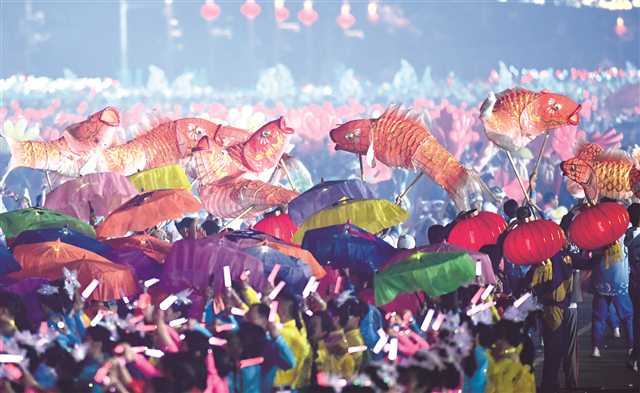 The carp lantern imitates the various natural habits and forms of carps, bearing the expectation of luck and peace, and a wish for an increase in prosperity year on year. Therefore, the carp lantern dance has become a folk custom, which is popular among the local people. Especially in ceremonial activities such as solar terms, birthday, and wedding banquet. The performance is usually accompanied by percussion instruments and Suona decks of the local opera “Sichuan Opera”, with the purpose of rendering a lively and festive atmosphere.

The production of carp lantern is quite particular. First, the lantern is tied with bamboo strips to form a carp skeleton, then the surface will be pasted with white silk or leather paper, and finally painted with exquisite color painting. The head and tail of the carp lanterns each have a supporting wooden stick for the two people to hold and dance. 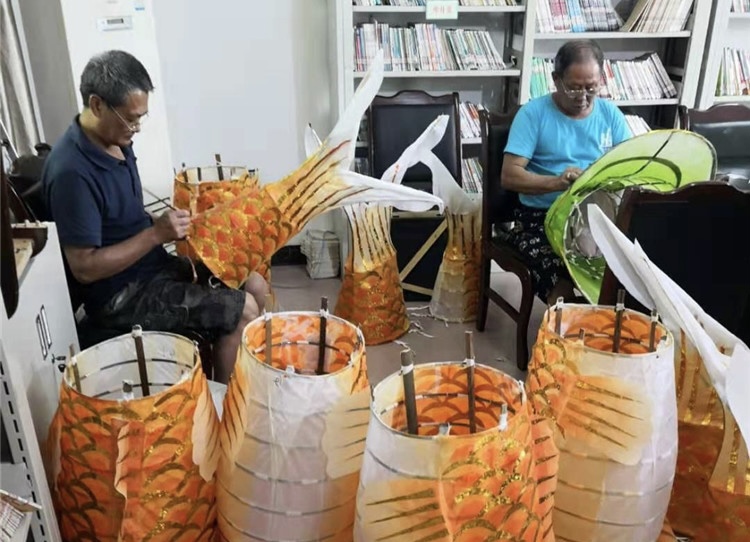 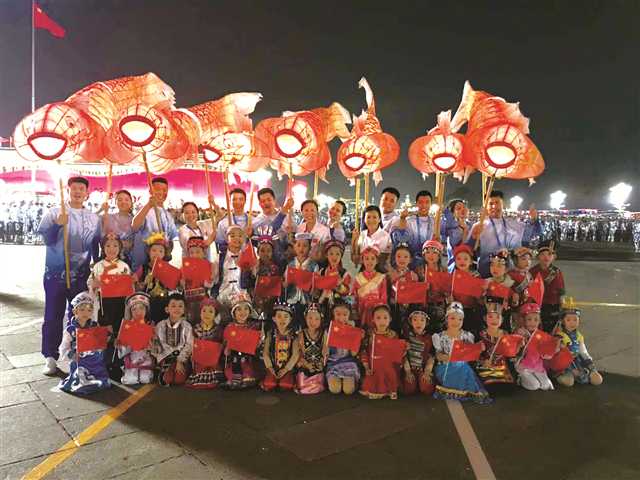 Performance of the Carp Lantern