Chongqing- The Cuntan International New City and Jinhaiwan Park were lit up on February 9th with themes including magical forests, urban sky screens, naked Eye 3D, and many others, as lights for the 2021 New Year Light Show of the Liangjiang New Area were turned on.

Since last year, the Liangjiang New Area has accelerated the creation of a high-quality living demonstration zone, focusing on an international cruise port area that integrates ships, cities, travel, shopping, and entertainment.

It has also comprehensively urbanized the Jinshan area of ​​Cuntan International New City to improve the business atmosphere, culture, and art.

In the future, there will be a fashion pedestrian street and a viewing platform famous online in front of the Outlet and IKEA stores, which will also feature various smart interactive facilities and regularly hold activities such as technology exhibitions, art exhibitions, fashion shows.

The show’s lights are beautiful and dazzling, while the impressive light effects entice citizens to watch and take souvenir photos and videos.

There will be exhibitions every night at 7:30, 8:30, and 9:30 when citizens are welcome to come and visit during the Spring Festival. 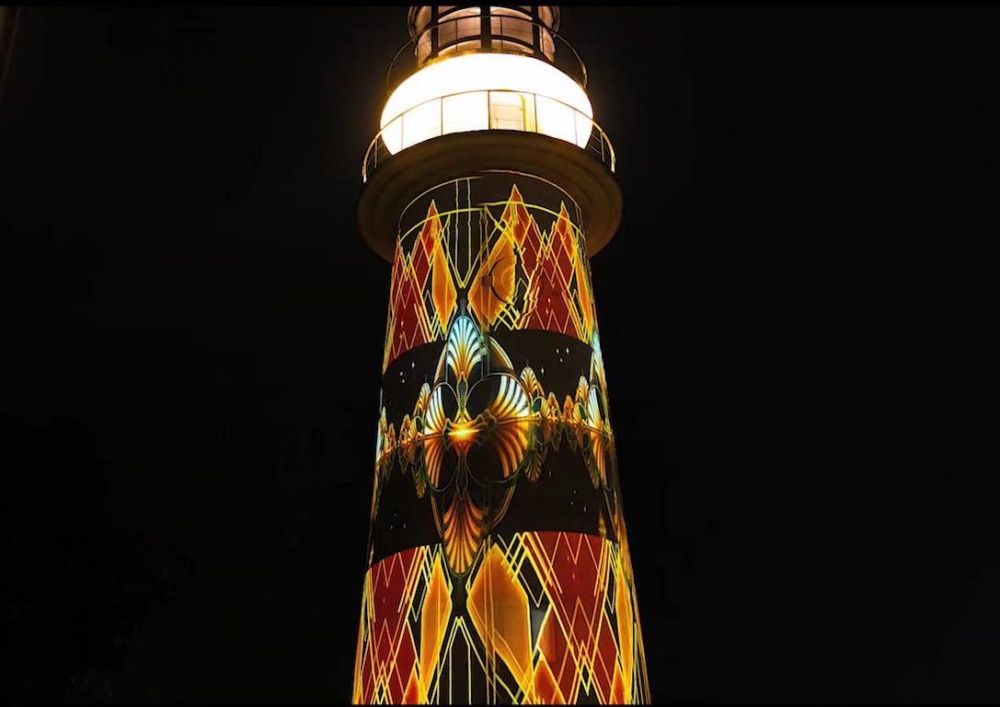 The holiday enchanted by light displays

Outside Jinyu Station on the pedestrian bridge, citizens can find themselves surrounded by a pair of shining angel wings and can feel like the star of the show with every step.

‘Wow! Iron Man is flying out’ Exclaimed a group of children. At that moment, a 3D robot appeared to fly out of the huge wall of glass covering the Meilian Logistics Building all at once.

Once Iron Man flew away, an elegant dragon appeared in his place. The children cheered and felt reluctant to leave as the naked eye 3D show amazed citizens. 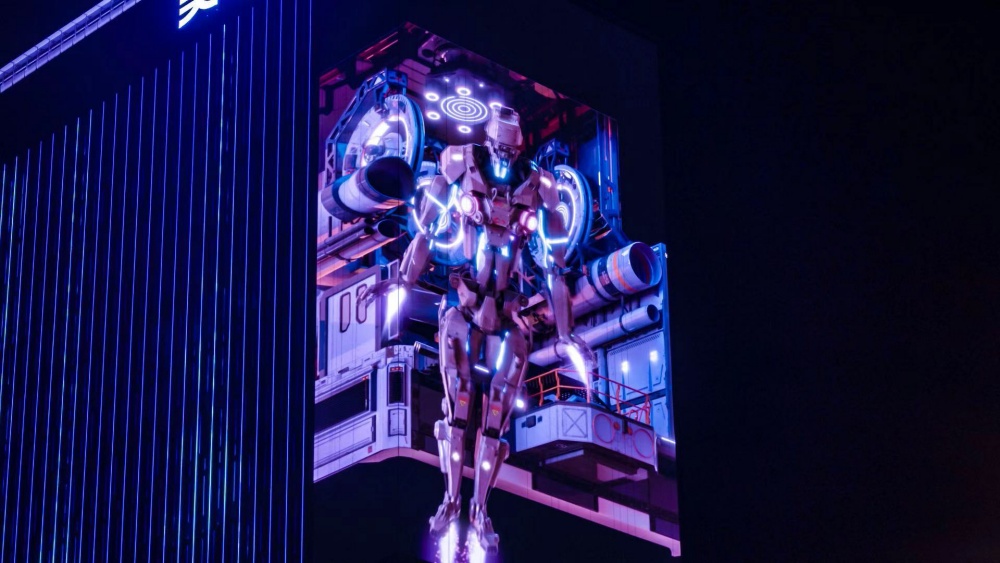 Iron Man appears to leap out of the Meilian Logistics Building to the delight of spectators.(Photo/ Liangjiang New Area)

In Jinshan Yiku, not far away, a beautiful strip of light floated in the sky. The Liangjiang New Area uses smart technology to perform laser shows and write ‘Belt and Road’ above a landscape of vegetation decorated in light.

‘It’s so beautiful here. I am from Henan Province, and I was feeling a bit lonely this year, but everything is fine now. I decided to spend the New Year near here with my friends as a precautionary measure.’ Commented a citizen by the name of Xiao Feng, who voluntarily stayed in Chongqing for the New Year this year.

In order to create a festive atmosphere and offer citizens spending the New Year in Chongqing a lively Spring Festival, the Liangjiang New District has added many traditional festive elements such as red lanterns and colored lights.

At the same time, many New Year features have been incorporated into light shows, such as the wall projection of Maxim Plaza. 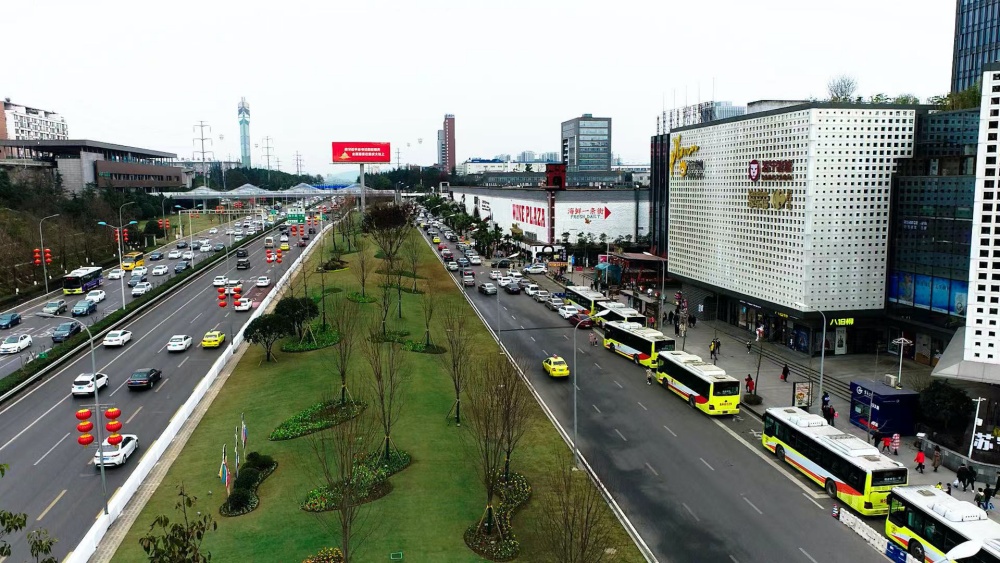 Jinhaiwan Park, which has 16 kilometers of walking tracks beside the Jialing River, was also lit up in a show of lights on the evening of February 9th.

‘The park has become an ecological soft boundary for the city waterfront, a location where citizens can enjoy life at a steady pace amongst this new model for urban development and livability.’ Described a representative from the Municipal Management and Protection Center of the Liangjiang New Area.

He added that the Liangjiang New Area had produced innovative light performances, interactive facilities, and park lighting at important nodes within the park. These present cultural connotations of the region as part of a riverside ecological leisure system suitable for travel, viewing, and study.

Jinhaiwan Park by the Jialing River is lit up by night and offers the public immersive style light exhibitions over 16 kilometers of the walkway. (Photo/ Liangjiang New Area)

Jinhaiwan Park is divided into several areas such as the River Gorge Exhibition, the Jialing River Story, the Po Valley Water Forest, the Waterfront Activity Experience, and the Riverside Cultural Area, all of which have light shows featuring different characteristics.

The Riverside Cultural District has a lighthouse as the focus of an internet celebrity attraction, which can project 3D images around 360 degrees that combine sound, light, and electrical effects themed on the distinctive holidays of National Day, Spring Festival, and Mid-Autumn.

In Liangjiang New Area, 20,000 square meters of green space has been renovated in advance. The original canopy and green belts have been tended, while American red maples and ficus virens trees have been added to wide open lawns to create a more attractive urban interface.