At six o’clock on the morning of January 30, Liu Shuxia, a 56-year-old sanitation worker, rode her bike across the block to Caijiagang Motorway Interchange in Beibei District to begin one day’s work.

Liu Shuxia works on a street during the Spring Festival.

She and her husband, Feng Jun, have not been back to their hometown since they came to Chongqing five years ago to look after their grandson.

“It was inconvenient for us to take infantile grandson back to hometown for the Spring Festival. Now the pandemic halts our plan to get back to hometown this year,” said Liu Shuxia, adding that she extremely misses and concerns her 83-year-old father.

Her grandson started to attend kindergarten two years ago. Liu decided to find a job near her son’s home to support her family. Then she works as a sanitation worker who is mainly responsible for sweeping and cleaning in the Caijiagang Motorway Interchange area, Beibei. 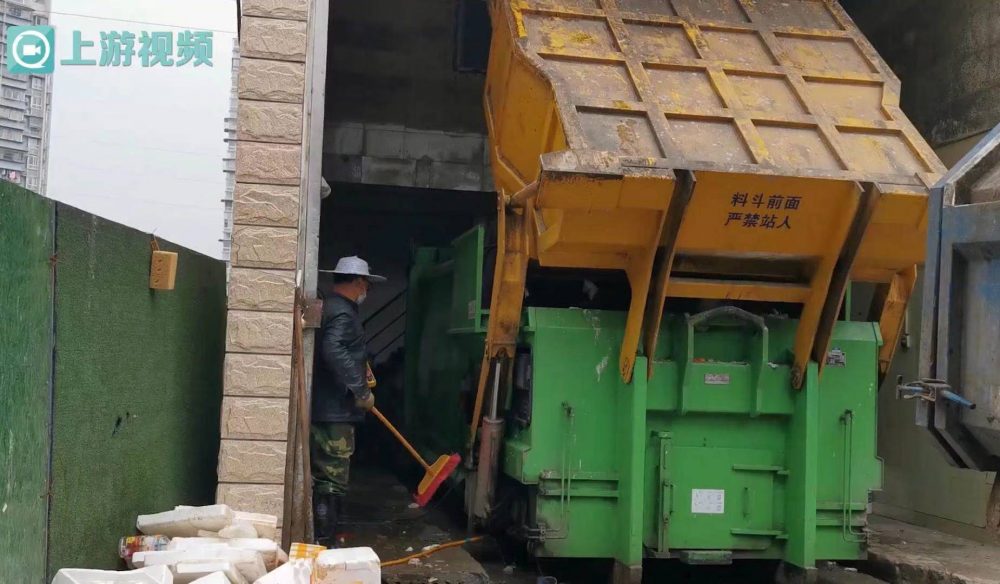 Despite the hard work, Liu loves this job. During the outbreak of COVID-19 last year, Liu volunteered to carry out disinfection. This year, she responds to the call to celebrate the Spring Festival in Chongqing and sticks to her post.

Despite the foregone conclusion, she told her father a white lie in a rare video call.

Throughout the five years, Liu is in momentary missing for her father. Since her father is not good at using mobile phones, he often misses Liu’s calls, resulting in fewer video calls between them. Generally, Liu scarcely meets his father via video only when her sisters or brothers return to their hometown.

Among video calls over the past five years, this is the one impressing Liu most. Because she found that her father is a little bit demented, and even cannot recognize who she is sometimes.

“My father didn’t recognize me until my elder sister reminded him who I am,” Liu choked out, adding that this was not the first time. 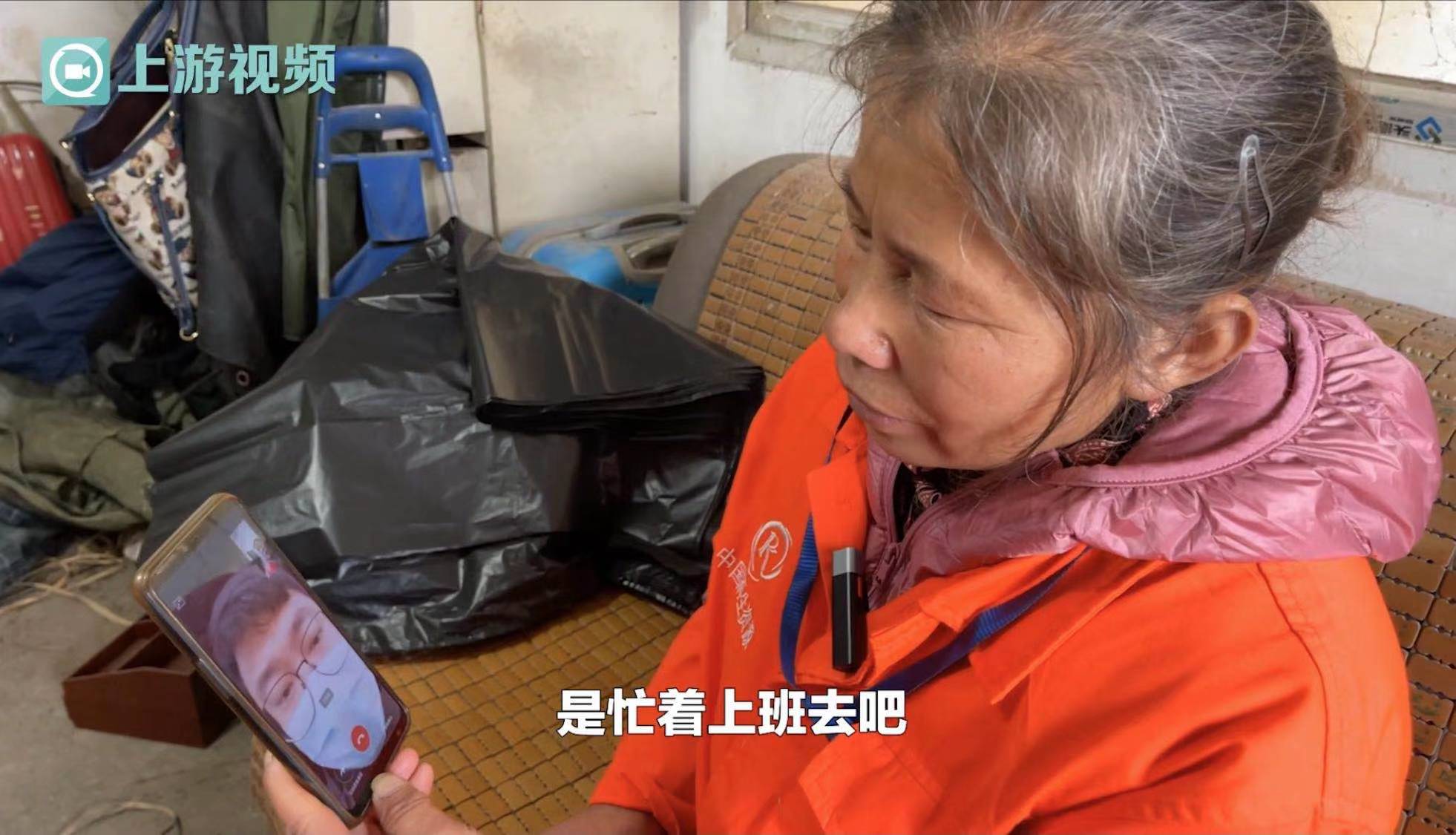 “After he recollected who I am, he asked me when I would be back. I told him I would go back during the Spring Festival,” Liu sobbed out. She felt guilty and afflictive about lying to her father.

Over the past two years, her father has spoken less and less on the phone and in video calls. Sometimes, her father would just hang up after just a few words. Liu worries that her father might forget all about her if she still doesn’t go back.

Out of five siblings, Liu is the one that her father most prefers.

“Every time I went back to my father’s home, he would go to the vegetable market to buy a chunk of meat and cook for me.” Liu recalls that she and her siblings would gather around the hearth and watch their father cook his specialty dish — fish in red sauce, which made their mouths water and attracted them to pig out.

“I miss home so much!” As the Spring Festival approaches, Liu’s miss for her father is growing.

Recently, she calls her father every day, but she can’t get through or nobody answers the phone, which makes her worried.

At 8: 00 p.m. on February 2, Liu could not help but call her father again after reading her father’s photos on her mobile phone, but there was still no answer.

“Always like this, he missed my phone call again,” Liu said emotionally and barely choked back her tears.

Every phone call conveys her bouts of homesickness. Although there was no answer on the phone, Liu couldn’t help saying to the mobile phone what she wanted to say to her father most,

“Dad, can you hear me? I’m Shuxia and I miss you. I am not going to return home for the Spring Festival. Take care of yourself, I will go home to see you after the festival.”