Chongqing – The once trend-making Dayu Bay, famously known as Chongqing’s equivalent of “Maldives,” in Jiangbei District has made a triumphant return to the top-searching charts of various domestic social media platforms, marking the scenic spot’s first official opening to the public after last year’s massive flood swallowed up its overnight fame. 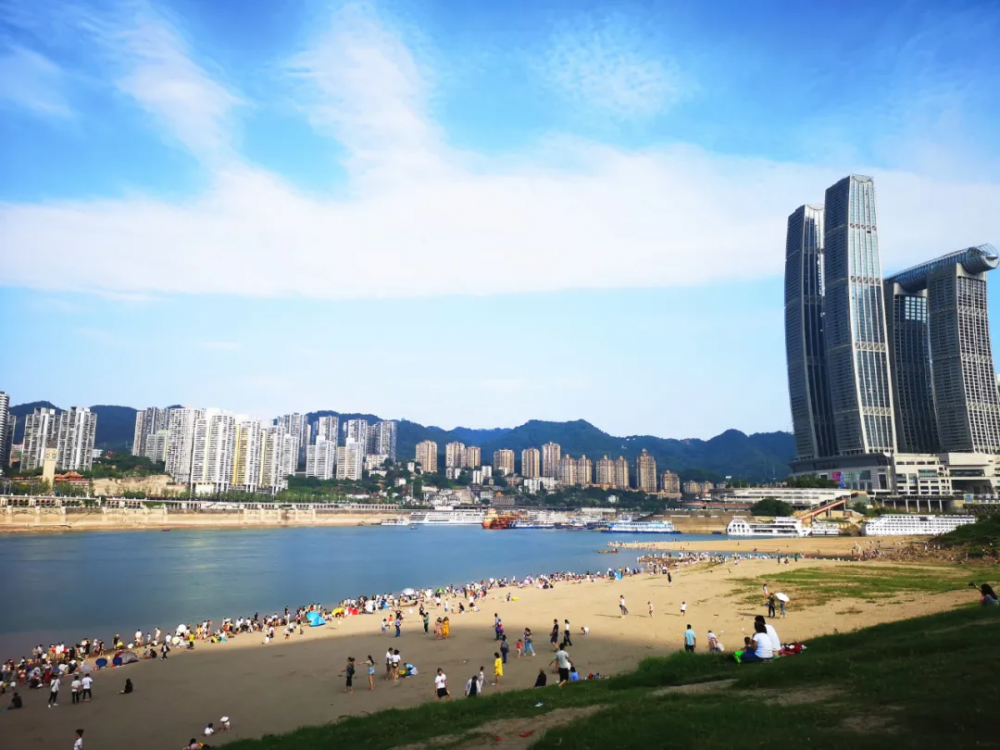 A panoramic view of the Bayu Bay in Chongqing’s Jiangbei District.

Dayu Bay caused quite a sensation on people’s WeChat Moments last summer for its resemblance to Maldives’ internationally acclaimed beach heaven. The soft and glittering beach sand surrounding Jiangbeizui CBD and the most beautiful panoramic view of the Yuzhong peninsula made the place a must-see scenic spot for many residents and tourists.

However, by mid-June last year, the two rivers of Yangtze and Jialing, which intersect with each other near the end of the Yuzhong peninsula, were overwhelmed the largest flood in decades. As a result, the tourist-magnet hotspot had to be closed indefinitely till further notice for safety concerns. 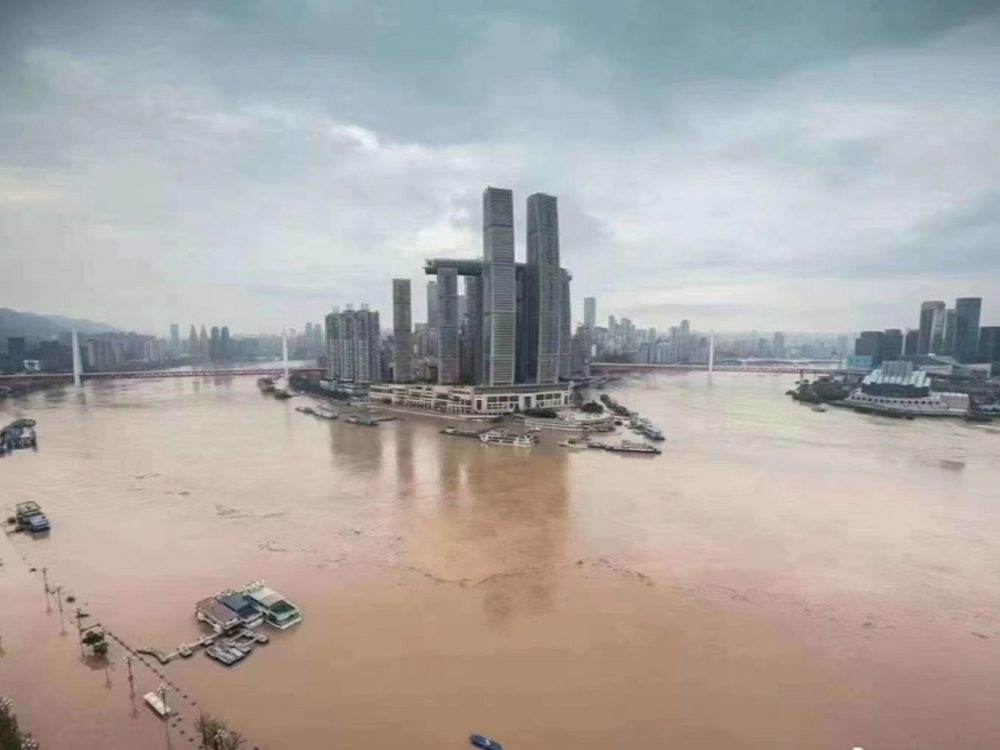 The No. 5 Flood of Yangtze River and No. 2 Flood of Jialing River converged at the Yuzhong Peninsula last summer.

To many citizen’s surprise, Bayu Bay reopened to the public during the Spring Festival, and tons of visitors have already come here to bask in the sun and play with the sand.

“I didn’t expect to find this place reopened so soon, and the pure volume of visitors flooding here speaks for itself,” said Mrs. Chen, a resident from Jiangbei District.

“I saw some colleague posting videos of his children playing on the Dayu Bay the other day and decided to bring my kids here as well.” 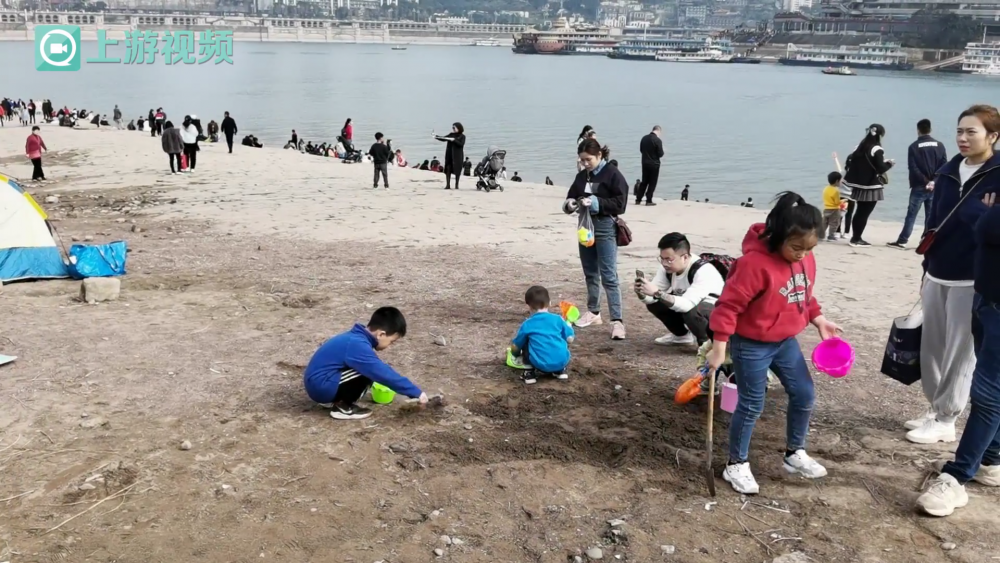 Kids play with sand at the Dayu Bay in Chongqing’s Jiangbei District.

Another resident surnamed Zheng said that he and his child enjoyed playing on Dayu Bay’s beaches even before the place gained its almost instant fame on the internet. “As it becomes more and more popular, kids can find a lot of playmates here and enjoy themselves,” he added.

Volunteers and community workers were also seen patrolling and picking up garbages here, trying to warn residents against inappropriate behaviors such as discarding trash and wading into the deepwater area. 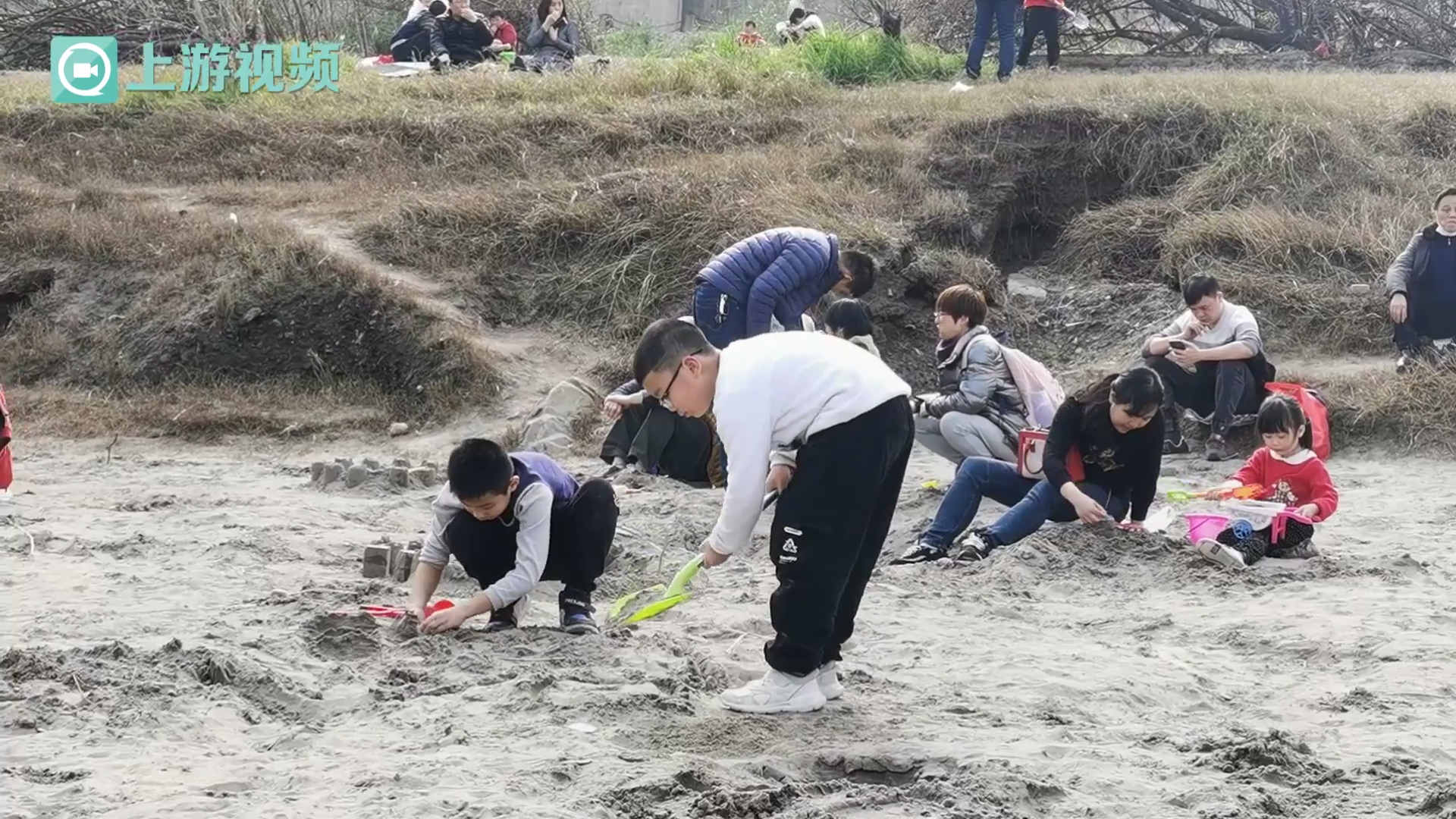 A boy bends his body to dig sand at the Dayu Bay in Chongqing’s Jiangbei District.

“Thousands of locals and tourists have been coming to enjoy the beach view here each day since the Chinese Lunar New Year’s Eve,” said 73-year-old volunteer Chen Minggao. “My job is to make sure that people who come to enjoy themselves put safety before everything else, at the same time, maintaining a clean and safe onshore environment along the Yangtze River.”